Today we are going to talk about the characteristics and care of a pine from our region. It is the Scots pine. Its scientific name is pine sylvestris and it is known by other common names such as red pine, chandelier pine, and sessile pine. It is an evergreen tree that belongs to the Pinaceae family and can grow up to 40 meters high.

If you want to know all the characteristics and what care a Scots pine needs for your garden, this is your post 🙂

The stems are fissured and their bark is grayish brown. The upper part of the leaves has a reddish and orange color. The ramification is more complete in the specimens that are young and have a pyramid shape in its entirety.

As the tree grows, its lower branches are lost until only the trunk remains. You can roughly estimate the age of a Scots pine by looking at the height of the branches. The trunk remains solitary and the branches rise higher and higher. The crown becomes flatter and as a whole takes on a more lanky appearance.

The leaves are green in color and can grow to between 3 and 8 centimeters in length. They have a sharp shape and are arranged in pairs. The younger they are, the longer they are and are placed in groups of three or four.

Female pineapples are conical and pointed, brown or gray in color. They are usually about six centimeters long and are solitary. They can also be found placed in pairs or even trios of the same peduncle.

The seeds of this pine are winged in shape and only 4 mm long. Its color is greyish. This tree is pollinated during spring and reaches maturity after two years.

Habitat and area of ​​distribution 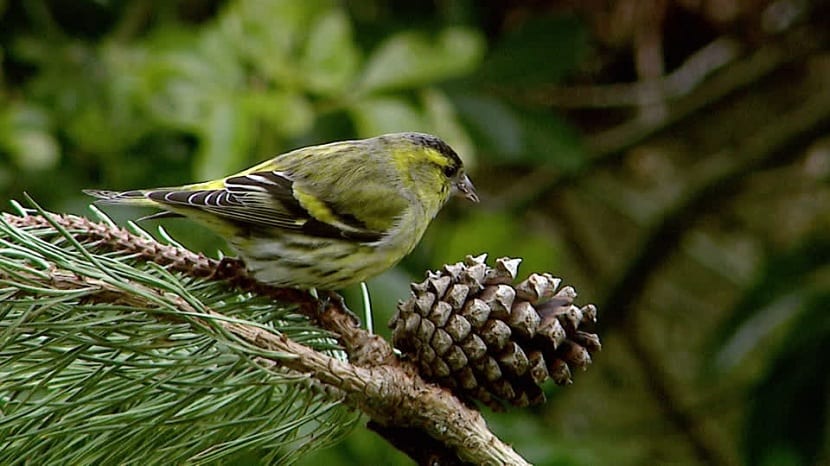 It is one of the most widespread and abundant pines in the coldest areas, both in Europe and Asia.

It can reach a huge dimension in the coniferous forests of northern Europe. In Scandinavia we can find pure forests made up of wild pines. According to the theory, this tree should occupy the entire northern part of Europe where it reaches the limit of the trees. However, this does not occur because the entire area of ​​latitude 50-70 ° north is expanded by birch forests.

Birch forests are a colonizing species that takes advantage of the gaps left in the forests after fires. They have a great capacity for rapid growth, so they are capable of colonizing the entire territory. Only in about 60 years can they colonize lands that should be colonized by scots pines.

This tree is found in most mountain areas that have light soils at altitudes between 600 and 1800 meters. They appear in central Europe and in the Balkans. It usually does it next to species such as mountain pine and stone pine.

It has been widely replanted in recent years, mixed, on many occasions, with black pine. In many mountains, however, they are taking the place that beech and fir should have. The latter have been destroyed by man and the Scots pine has seen a perfect occasion for colonization.

On the other hand, in areas of the Atlantic it has been introduced in countries where they were overexploited. Those places are Great Britain, Denmark, Ireland and the Netherlands. 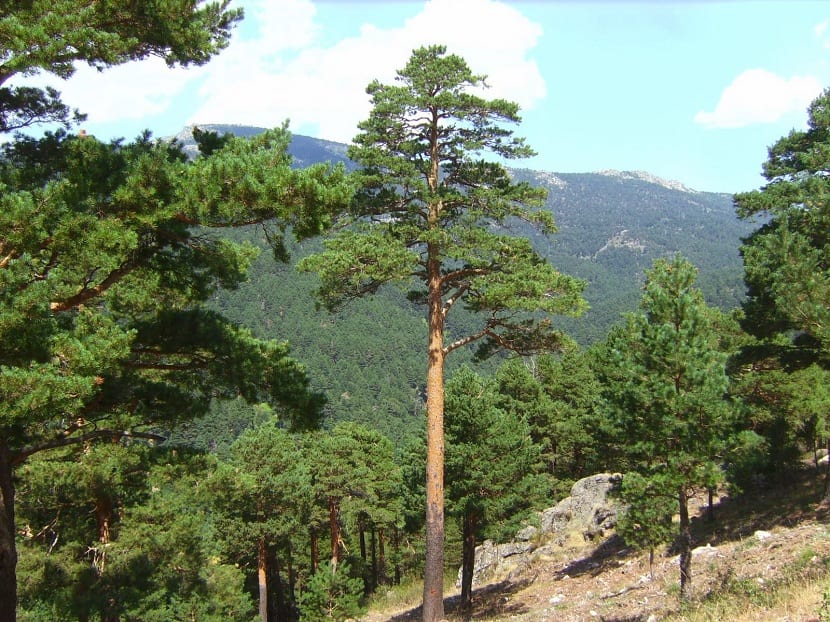 It is one of the most widely used conifers in forestry. All Scots pine plantations are exploited for wood production. The wood that is extracted withstands all fungal attacks very well, so it is of very good quality. It is also very resistant to rot and cannot be impregnated.

The wood on the outside is yellowish in color and has less resistance. It is the interior that is of good quality.

It is generally considered a semi-heavy and semi-hard wood. It is easy to work with. It is used for the manufacture of furniture, plates for the wooden huts and plywood. In the construction sector it is used to produce beams of various sizes and frameworks. On numerous occasions, it has been used for mine beams for its hardness and resistance.

Of course, this pine could not be short in terms of its various uses. Apart from the mentioned uses and the culinary applications of the fruit, there are some medicinal benefits. The yolks are rich in essential oils. We cannot confuse them with the buds of fir trees, since they have a great resemblance.

This mentioned oil has a great balsamic action. It must be used with caution since it can cause allergies in allergic or sensitive people. If used in large amounts it can cause hypertension.

Being a moderate diuretic, uric acid remover, it is used in gout processes; but in patients with kidney problems its use should be restricted.

Scots pine can be grown to add grandeur to our garden. We must remember that the dimensions of it have to be enough to house a 40 meter high tree.

It has some requirements that must be met to keep it in good condition. The first thing is the amount of light. Although it holds up well in semi-shade, it prefers to be fully exposed to the sun. Therefore, we need a place in the garden that is fully illuminated for a large number of hours a day.

As for watering, it is not necessary to water it. With rainwater it is more than enough. However, if the area you live in is too dry, it should be watered moderately. To place it, you have to find a place where there are not too many drafts or gusty wind.

When it comes to cultivating it, it is necessary to avoid that the soil is completely flooded. The preferred soil is dry. If we want to multiply it, we can do it by means of seeds in a greenhouse in the warmest time of spring.

I hope that with this information you can get to know this abundant pine in depth.