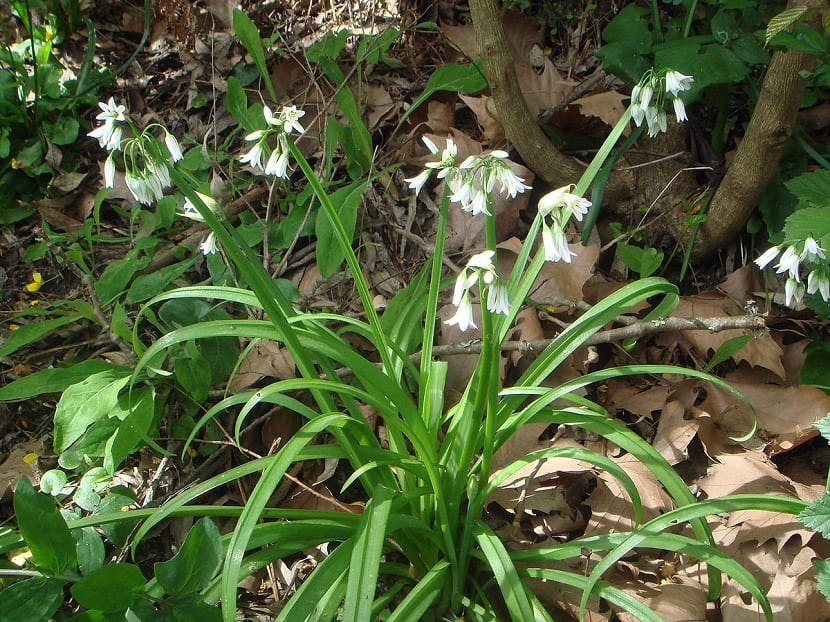 Scientific name for a perennial bulbous plant of the amaryllidaceae family. This rarely aquatic plant and commonly known by the name of tears of the virgin or wild garlic, is characterized by its floriferous and triangular stem between 10-45 cm in height.

It has numerous roots and three sharp edges that are also accompanied by a strong and peculiar smell of garlic, so it is also called ajete. With white petals, medium wide veins and green in color, this species belongs to the liliopida class and the lilidae subclass, and is made up of more than a thousand species of bulbous plants, mostly from the Northern Hemisphere.

They are native to the Western Mediterranean, The Canary Islands, Madeira, Northwest Africa and have been naturalized by European countries.

Its generic name is Allium and it was already known to the Greeks and Romans, although its real origin is Celtic and its meaning is "to burn", referring to the strong and peculiar acrid smell that it gives off. From the systematic point of view it belongs to the eukaryotic domain, that is, they are cells with a high degree of organization.

More important than we imagine, this aromatic and delicate-looking plant is also edible.

Long, ribbon-shaped leaves grow from its elongated, whitish bulbs and its pretty flowers, which appear in early spring in groups of three or more (sloping umbel-like inflorescence) and are dome-shaped. Its natural habitat is forests, grasslands and wetlands and shady areas of the Mediterranean near the streams.

Bulbs they are usually sown in the fall at a depth calculated to be twice its size and very close to each other; it is also customary to grow them in planters and pots.

The tears of the virgin grow very well in shady or semi-shady placesThey have a cool climate and resist temperatures as low as -12 °.

They thrive in soils with relative humidity and good drainage and whose acidic, neutral or alkaline PH is ideal. No subscribers are required for this type of plant and withstand short periods of drought without problemsWhat they do not tolerate is waterlogging.

In addition to being cultivated, the plant itself Allium triquetrum It uses anthophiles and insects to pollinate its white flowers.

The fruit of this plant is a capsule approximately 6 mm long and whose content are black seeds, both the bulb and the leaves being edible; the dried fruit is used in crafts. 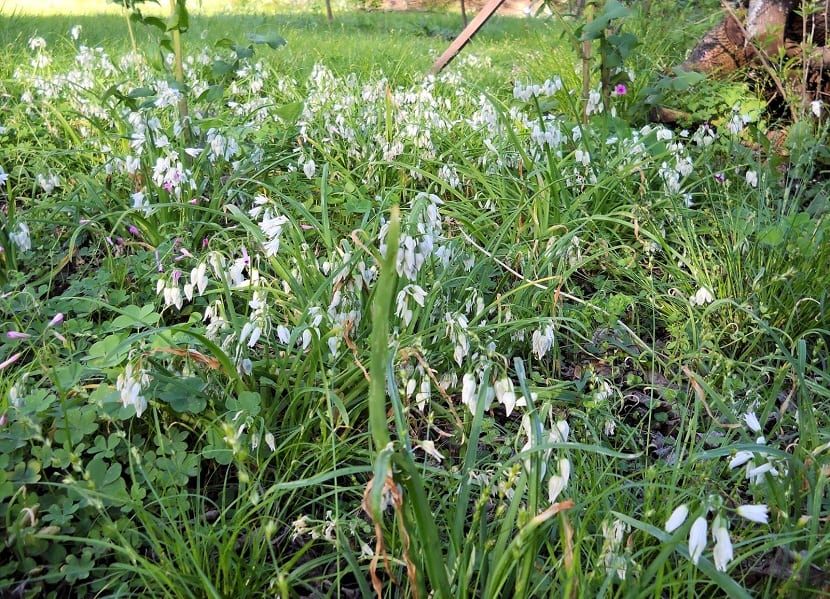 If you choose to have this bulbous perennial plant in the gardens, it is advisable to keep it under control because it expands and becomes invasive by forming dense colonies, and when multiply with the small bulbs that in turn originate from the mother bulb.

This unique plant is attributed various We take care of your rental property in Valencia.  anti bacterialIt is also used in cases of regularization of arterial hypertension, since wild garlic, as it is also known, eliminates toxins from our body.

This variety also called pyramidal garlic it is considered very resistant to pests and diseases.

The bulbs of the Allium triquetrum They are used in cooking recipes just as we do with the commercial garlic that we know and use for our daily use. By chopping them very finely and mixing them with butter, they you get a garlic butter very similar to the original, thereby preparing the garlic bread.

They are a good substitute for garlic as such and also it is usually mixed with ginger and as a dressing for any dish, especially those prepared based on mushrooms and mushrooms.

In the ornamental area they are also used to cover slopes, alpine gardens, shady rockeries or undergrowth, since they usually form large massifs.

Full path to article: Gardening On » Plants » Tears of the Virgin (Allium triquetrum)