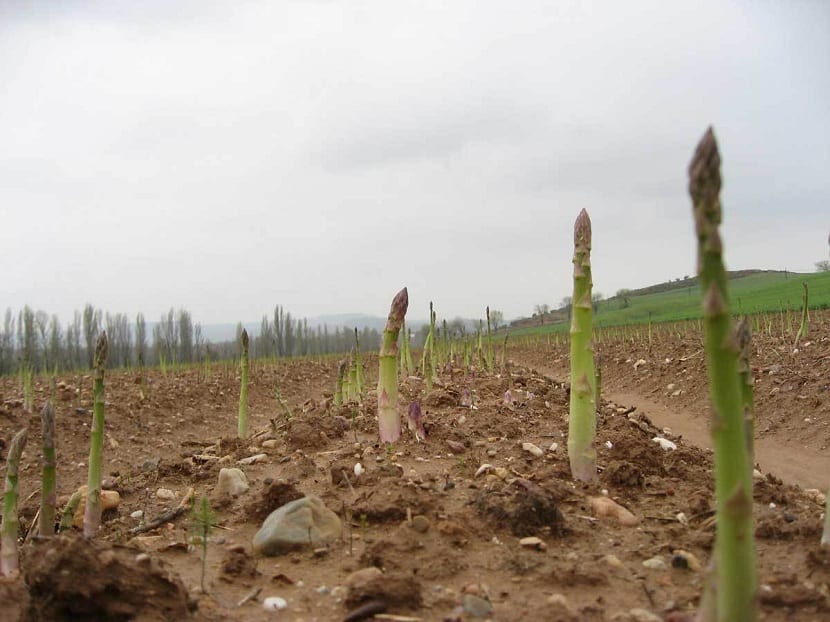 The asparagus it is a plant widely cultivated and consumed in all parts of the world. Therefore, today we are going to talk about its cultivation. It is a perennial herbaceous plant that attracts attention for its light foliage. Its scientific name is Asparagus officinalis and it is a plant that works perfectly for decoration. It is one of the vegetables of which there is evidence of its consumption since ancient times.

If you want to know how asparagus is grown and what characteristics it has, here we explain everything.

Asparagus and its characteristics 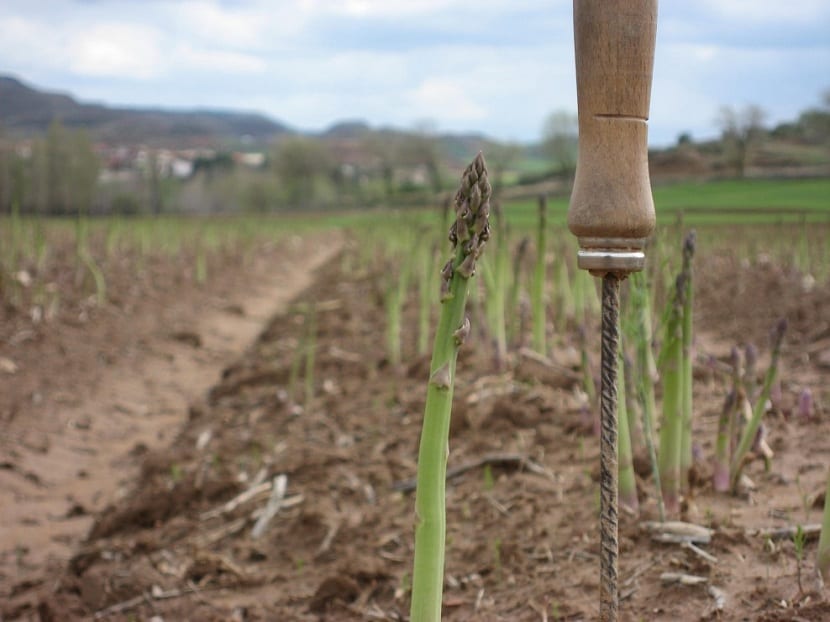 Its cultivation can serve and grant a good production up to 10 years. What is consumed in our diet is not the asparagus itself, but the so-called shoots. These are precocious stems that come out of the ground and are edible. Asparagus can be grown in both field gardening and agriculture.

Due to its curious way of growth and its beauty, it can also serve as a decorative element.

For our crops to be successful we must meet certain requirements. 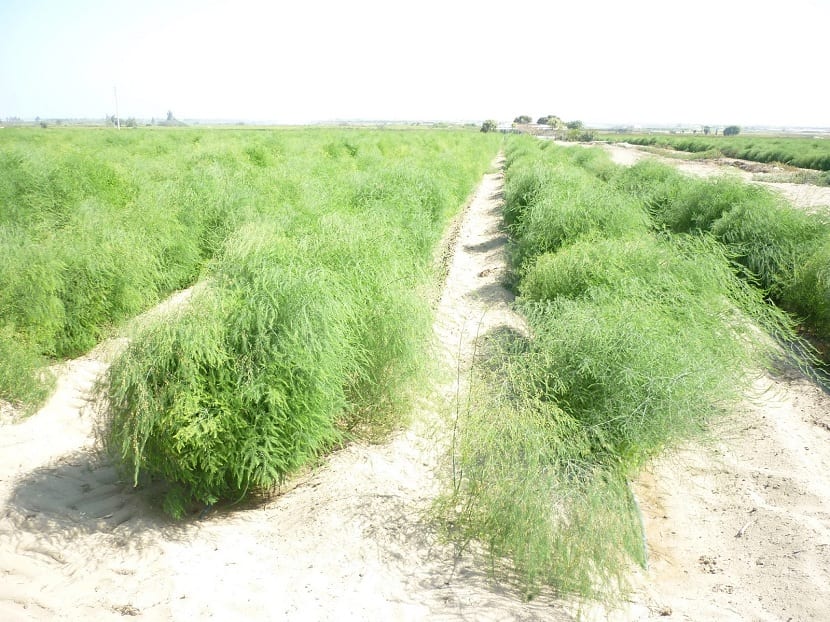 The first thing we have to take into account when sowing is the weather. The area where you intend to grow is very important for the future of sowing. This is because asparagus is one of the species most sensitive to thermal fluctuations. It is manifested by the inertia of its vegetative movements.

The air temperature must be between about 11 and 13 degrees on a monthly basis if we want the species to grow correctly. Its optimal development is developed andbetween 18 and 25 degrees continuously. If the temperatures are continuously below 15 degrees, it will stop its growth. Above 40 degrees he will also have a hard time developing.

The optimum relative humidity of the air is between 60 and 70%. If we grow outdoors, we will have to take into account the effect of the wind. It may be that it has a special incidence at the end of the development of the feather dusters and they can "bed" them. This effect has not been exactly proven in cultivation.

The areas where the wind is predominant and has a fixed direction have the option of sowing them in rows of crops in that direction. 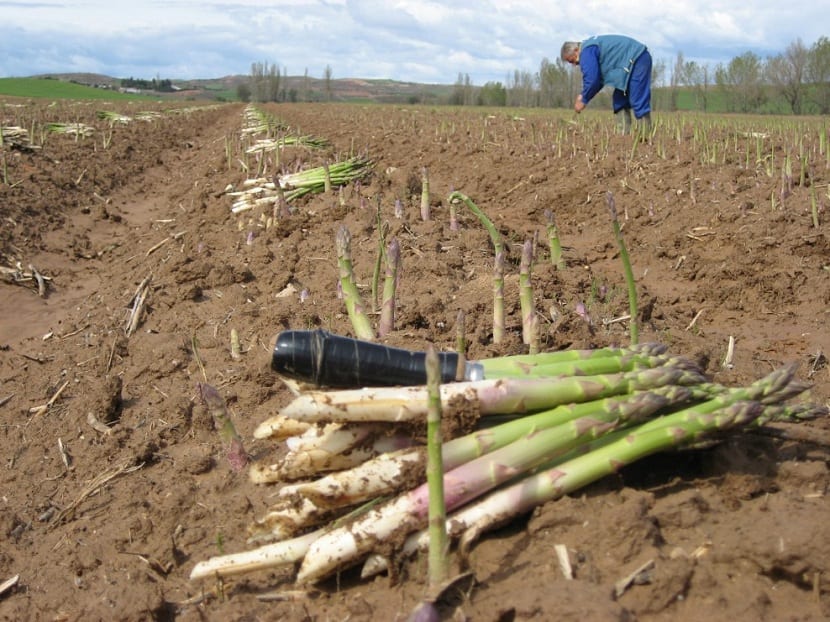 Another requirement that the stud needs is lighting. Being a green asparagus crop, the color becomes a factor that indicates the quality of the product. It should be ensured that the color is in most of the shoot. At least the reference of two thirds of its length is used.

When we decide to pursue the green color in an asparagus planting, we have to ensure that the plant receives as much light as possible. In this way, the maximum amount of chlorophyll can be synthesized for coloring. 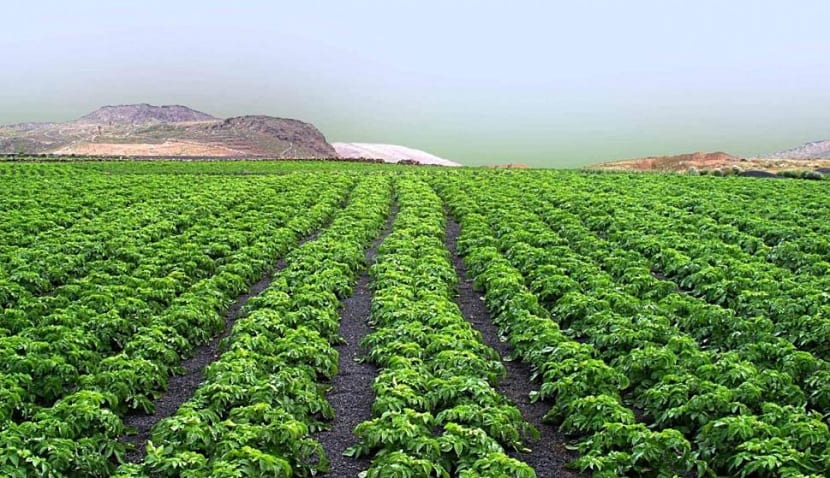 Another conditioning factor in cultivation is the type of soil. The texture should be frank with a certain inclination to sandy or silty loam. It can also be sown in a soil with a clay loam texture. For the best commercial use, the soil cannot be stony. This is done to avoid that, during the growth of the apical bud of the shoot underground, it does not deteriorate. Continuous rubbing with stones can greatly reduce the quality of the product.

The land should not be flooded under any circumstances, since these crops suffocate relatively easily. The optimum pH of the soil should be between 7,5 and 8. On some occasions 6,5 soils can be admitted.

This plant has great resistance to the salinity of the soil and irrigation water. Therefore, it tolerates high electrical conductivity. 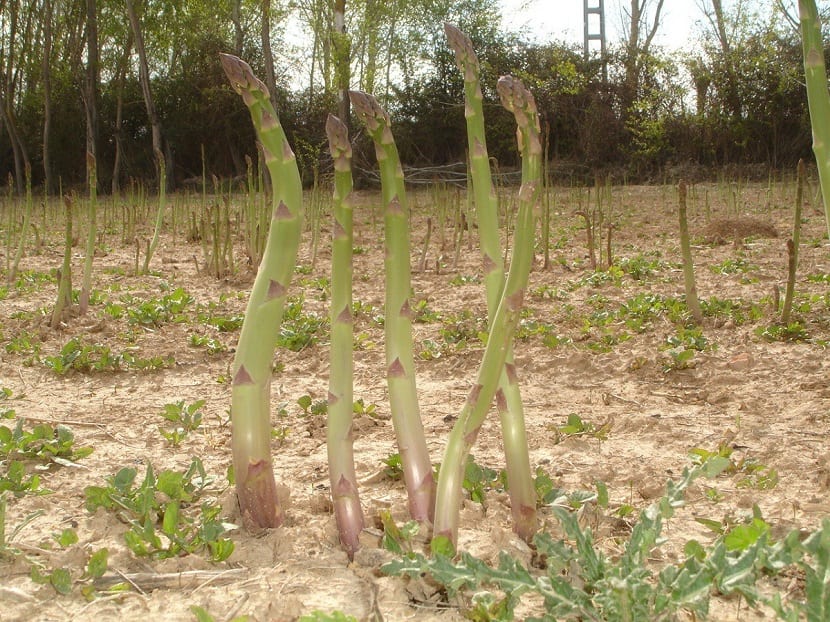 If we decide that we are going to sow asparagus, we have to buy the seeds and do the sowing in spring. To do this, we cover the seeds with a few millimeters of soil on top and water abundantly. The space that we will leave between the seeds will be about 35 cm. We will remove the weakest plants so that it does not create competition for the nutrients in the soil.

When the following spring arrives, the crowns are collected and their collection begins.

Another option is to transplant the asparagus and not start sowing from seed. For this we must have bought the crown or have obtained them through a previous sowing. The cultivation of land can be done as follows. First the roots are trimmed a bit. It is recommended that, if we are on land or plots, ridges about 10 cm high are made to place the crowns in the center of the ridge. Distances of about 40 cm are reserved between each one and are covered by compacting them slightly.

In autumn, after planting, The stems that have grown about 10-15 cm are cut and the ground is leveled. This is when, the following spring, the first asparagus can begin to be produced.

It is recommended to keep the soil free of weeds during the cycle of this crop, for this you can use mulch. Before we transplant in autumn, we will fertilize the soil with manure or worm castings. This will help us to make the crop work properly. From the second year, in early spring, fertilizer is added again to further improve production.

Regarding irrigation, it is very important to carry out them according to the state in which the crop is. If we have just planted it, we must keep the humidity high during the first weeks. When the plant is already more developed with its aerial part, it is necessary to increase the irrigation. It should never become waterlogged because of its sensitivity to suffocation.

Once planted, asparagus begins to produce in the second or third year. Harvesting begins at the end of spring (between 5 or 6 weeks after March) and should be done when they measure between 10 and 15 cm.

I hope that with this information you can perfectly plant your own asparagus both in your urban garden and in the garden.