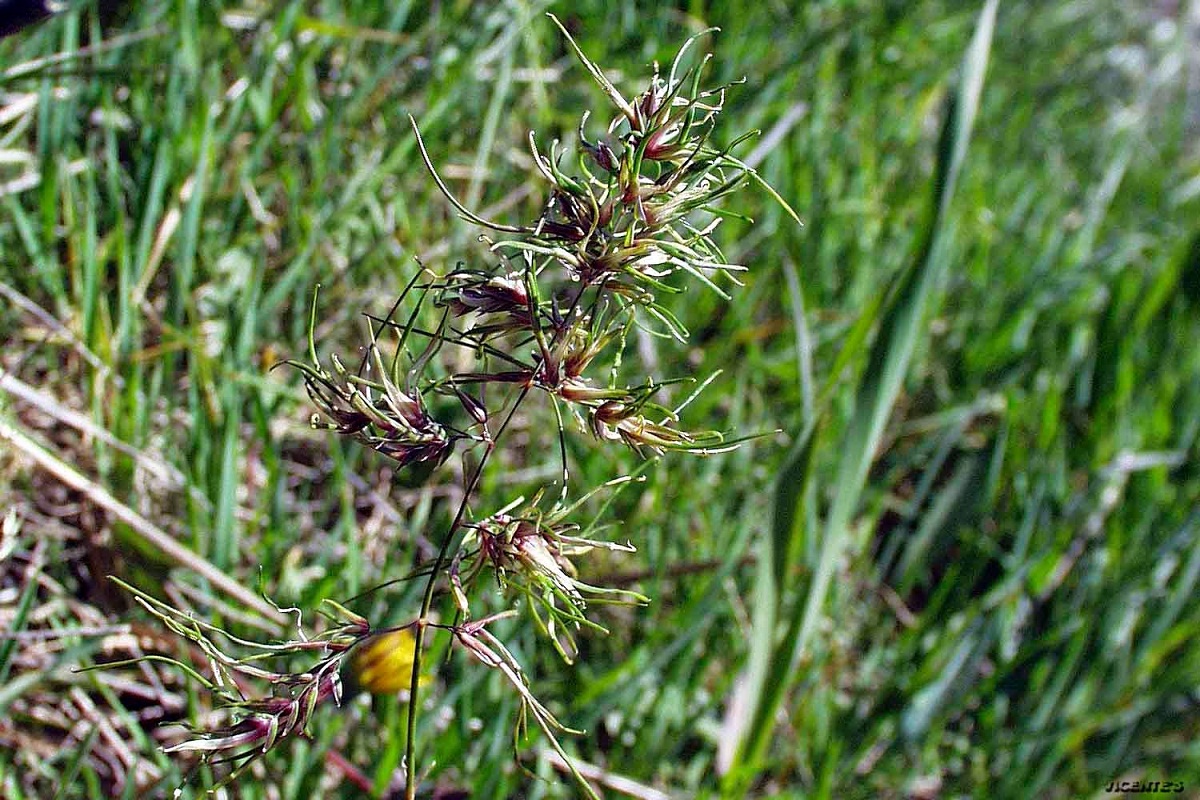 La Bulbous poa is a mostly popular grass species under the names bulbous prairie and bulbous bluegrass; Coming from North Africa and Eurasia, it is widespread as an introduced species almost globally, having a large presence both in southern Canada and in the United States. Would you be interested in knowing more about her? If so, don't stop reading.

It consists of a perennial plant, which usually reaches a height of approximately 30-60m and in some cases up to 90cm; Its leaves are linear and thin, measuring between 3-5mm wide and 20cm long, and can be slightly rough or polished, along with a ligule that can be from truncated to rounded, which usually has a length of around 1-2mm. .

Its flowers are born with conical panicles whose length is between 10-20cm, and they have bases that have about 3-5 branches; while its spikelets are green and oval in shape, around 3-6mm long and with around 2-5 flowers.

It is usually separated by both the rhizomes and the serpents, creating a dense lawn; its shoots: serpents and rhizomes, appear especially throughout the spring, just like during late summer, growing upright and erect, although in early spring they are usually more recumbent.

Throughout the winter, few new leaves are born; however, most of the rhizomes eventually become shoots of other rhizomes below the soil surface. They may branch out at various times throughout the year, since in general, the life time of individual rhizomes usually extends over 2 growing seasons, so their total life span as well as that of their terminal release does not normally reach 2 years.

La Bulbous poa it is usually propagated by means of seeds. Y It must be borne in mind that new crops require not only light, but also a periodic watering (about 2-3 times daily during its first two weeks). Once the plant is born, it will be possible to decrease the frequency of watering.

Young grass must be cut whenever it exceeds 5cm in height of the cut; and although it is necessary that subsequent mowing be done periodically, it is important to ensure that no more than half of the blade is removed when mowing. Their nitrogen requirements tend to be considerably higher throughout their year of implantation and lower in subsequent years.

In this sense, it should be noted that la Bulbous poa will respond to a nitrogen supply of about 25-27kg / ha during the first year, but for the maintenance that must be provided after the first year, the most appropriate is usually about 90-130kg / ha. It should be noted that throughout the summer, this herb may develop burns when a large amount of soluble nitrogen is supplied to it or by not making sure to water it immediately after application.

The main diseases that this plant usually suffers when grown in transition areas are usually powdery mildew, fusarium y mold, in addition, it is known for being a species with a great tendency to be attacked by both rusts and helminthosporiosis.

It is often used within gardens and parks, as well as inside soccer fields. In the same way, we can say that its use within Spain is also very recent, since the varieties that were available were of poor quality, had too thick foliage and used to adopt a not very attractive yellowish tone throughout the winter.

Now that you know more about this type of weed,would you like to plant it in your garden? If so, do not forget to take into account the care we have mentioned to always keep this herb in good condition.