The cactus they are incredible plants. They are very easy to care for, and they also have very decorative flowers. As if this were not enough, they usually have a very low sale price, so it is not difficult for us to end up having an interesting collection in a short time.

But What are the characteristics of cacti? In this special article, you are going to discover the types that there are, the ones that resist the cold better, and if you still want to know more, keep reading because we are going to give you a series of tips so that you have great plants.

Origin and evolution of cacti 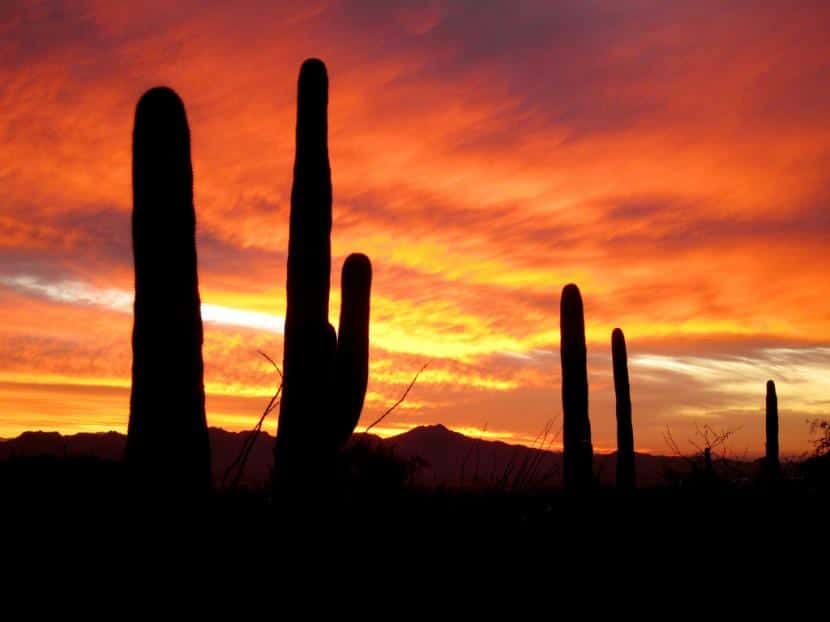 Our protagonists have a common origin: America, and more specifically Central America. They are believed to have appeared on Earth about 80 million years ago. At that time they had leaves, but as the climate became drier and warmer, they began little by little - in a matter of thousands of years - to 'turn' the leaves into thorns.

Although not many fossil remains from that time have arrived, we can get an idea of ​​how their evolution was thanks to the botanical genus pereskia, the oldest of all. This succulent plant has leaves, areoles and a succulent stem which is where it has its water reserves.

How to differentiate cacti from other plants? Let's separate it.

Cacti are succulent plants with or without thorns which belong to the Cactaceae family. Originally from America, nowadays they have managed to adapt to the climatic conditions of various parts of the globe.

It is quite extensive, as it has 200 genera, with about 2500 species. Although if they seem few, you should know that new crosses and cultivars are constantly appearing really amazing.

Cactaceous plants are characterized by the following:

¿How to care for a cactus? It is often thought that they are very resistant to drought plants, which can go without water for weeks, but the reality is different. A couple of years ago a man, who had been growing cacti for years, told me something that stuck in my memory, which was: if cacti didn't need so much water, they would be seen more in gardens where rainfall is very scarce. That day one of the most important myths was demolished.

It is true that they are plants that live in arid regions, but They feed on the monsoon rains, which by the way the producer of cacti told me that they were some of the most nutritious in the world. So how do you take care of them?

Well, they are very grateful plants, but ... you have to water them 🙂. The frequency will vary depending on the season you are in, the substrate it has, and also the age of the cactus itself. However, to have a more or less general idea, we can say that ...:

And what if I live in a very cold area? Do not worry.

Now that we know what they are like and what care they require, let's talk about the hardiness of these plants. Well usually they are very cold. Taking this into account, it is convenient to have them as a houseplant in those regions where the winter climate is cold.

Cacti are ideal to decorate any room, such as the entrance to the home or the living room. Nevertheless, it is important that they are placed in a very bright room, away from drafts (both cold and warm). It is highly advisable to put them near a window, but you have to turn it from time to time so that it receives the same amount of sunlight in all parts of the plant.

You can also have it in your bedroom, but I have to tell you something: cacti do not absorb electromagnetic radiation from the computer… Not all. In fact, to really serve us for this purpose we would have to put it right between the monitor and us, since the waves travel in a straight line. And, of course, who would put a plant covering the screen? It is not feasible, since also the radiation from other parts of the computer would continue to reach us.

So they are still better as "decorative plants."

The best cacti to have in a pot

There are many cacti that dazzle us with their beauty, although most reach dimensions that make the plant not very suitable for potting. But I have good news to give you: there are some who do stay small throughout their lives. And are next:

We hope this special has been useful and interesting for you. Do not hesitate to leave your comment if you have questions or if you have any suggestions.

The cactus flowers are very beautiful, with cheerful and very decorative colors such as red, pink, white or yellow. But, depending on its shape, we can distinguish three types:

They are the most characteristic flowers of cacti, and some of the most spectacular. The genera Rebutia, Lobivia or Echinopsis are the ones that produce the most showy. They can measure up to 4cm in diameter. 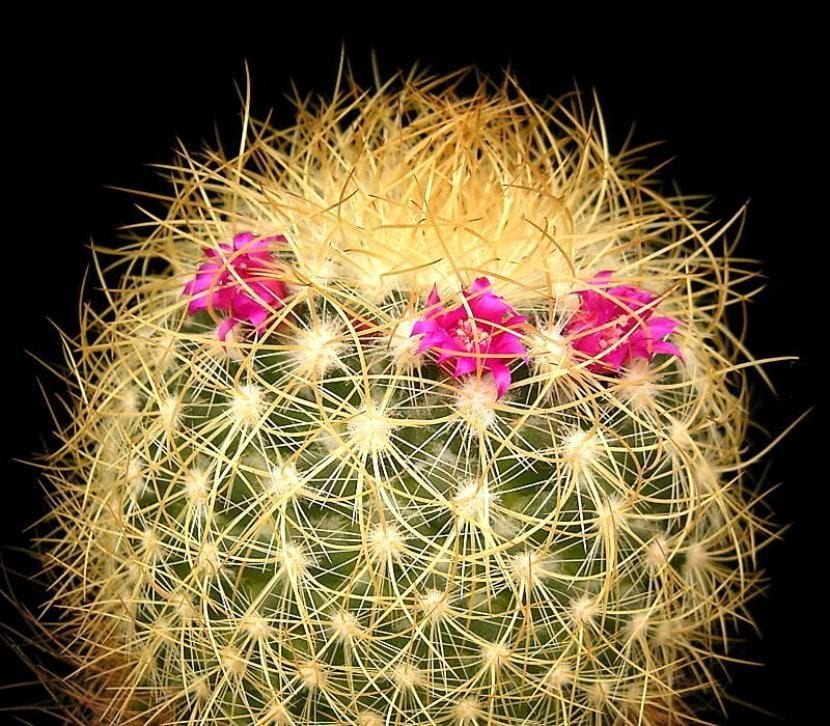 There are some cacti, such as the Mammillaria, that produce very tiny flowers that barely separate a little from the mother plant. They measure less than 1 centimeter, but its ornamental value is very, very high.

Like those of the Cleistocactus or the Oreocereus for example. These types of flowers are kept closed, only the stamens and pistil emerge a little outside. They are the ones that attract the least attention, but they are very curious. And it is that when living in areas where at night the temperature drops to close to 0 degrees, and even more, if they want to multiply they need the most sensitive parts of the flower to be protected as much as possible.

How to make a cactus bloom?

Do you have a cactus and you can't get it to give you flowers? Then try our tips:

And if you still can't get it to flower, it might be a species that needs time to produce flowers.

How long does it take for a cactus to bloom?

It depends on the genus and the species, but to give you an idea, the columnar ones can take more than 10 years, while the globular ones can start to do it after 3-4 years.