Climbing plants are often used to achieve privacy and / or in some corner of the garden or terrace. For this reason, evergreen species are chosen, but the truth is that the deciduous ones are very interesting, since there are many that produce showy flowers such as wisteria, or that the green color of their leaves becomes reddish or orange in fall.

So, Why not give deciduous vines a try? Here you have a selection of the most beautiful, take a look.

We start with the Actinidia kolomikta, a rather small climber than grows to 4-5 meters tall. Its leaves are green, but when it blooms it is possible to see its small white flowers, similar to those of the almond tree (Almond), although they are not related. Due to its origin, it resists intense frosts very well.

La red bignonia or campsis is a deciduous climbing plant that reaches 10 meters in height. Its leaves are pinnate, green, and really pretty, but what is most striking are its flowers, which are grouped in clusters during the summer and fall, and are orange or reddish. It likes both the sun and semi-shade, and it resists frost.

La bougainvillea or Santa Rita as it is sometimes called, it is a climber that in climates without frost is perennial, but in Spain it tends to shed its leaves in autumn. It can measure up to 12 meters in height, and blooms during the spring, summer, and sometimes also in the fall. Of course, it needs support to climb, and protection against frost, although it supports up to -2ºC. 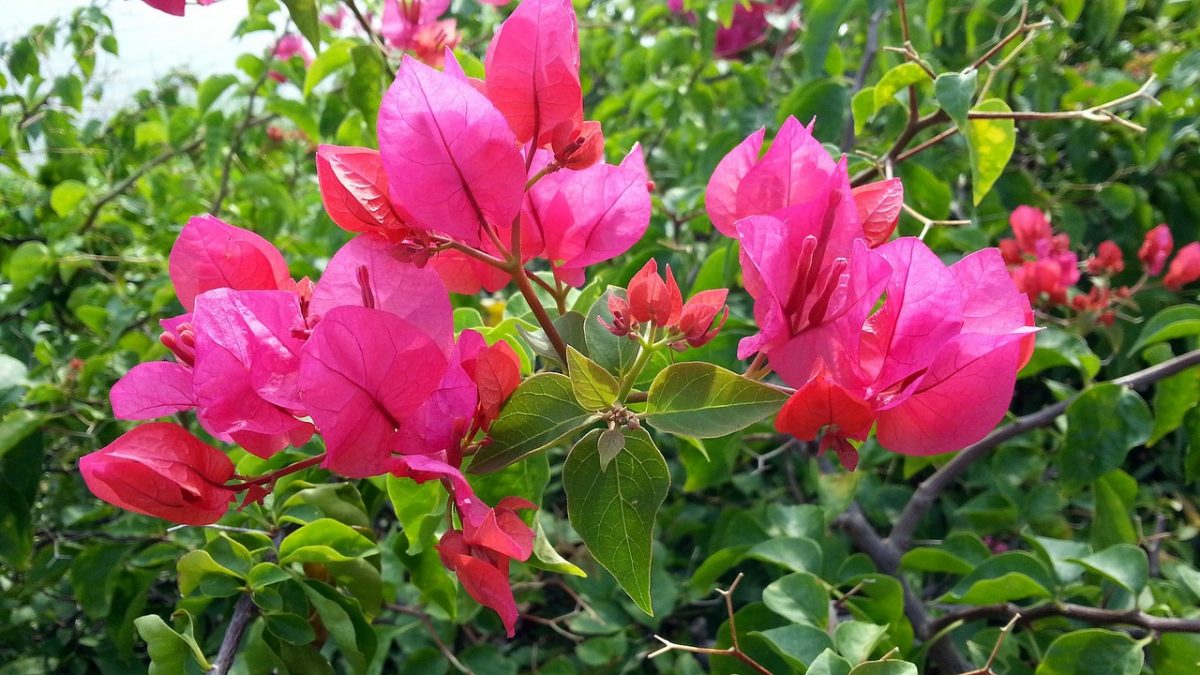 Flower of the Passion (Passiflora caerulea)

The passion flower, or blue passionflower, is a vine with slender stems that reaches a maximum height of 20 meters. Like bougainvillea, if the climate is mild it does not lose its leaves, but it does so in temperate climates. It blooms in spring, producing numerous bluish-white flowers up to 8 centimeters in diameter as long as there is no lack of light. It resists frost.

La wisteria, or wisteria, is a vigorous climber that they can reach 20 meters in height if they have support. Its leaves are compound, bipinnate, and the flowers are grouped in hanging clusters up to 40 centimeters long. It resists moderate frosts very well, but not alkaline soils.

La climbing hydrangea is a deciduous plant that grows up to 25 meters high. The leaves fall in winter, but not before turning a light ocher color. During spring the flower clusters sprout from its branches, and they have white flowers. To be well it needs shade or semi-shade, and soils with a low pH, between 4 and 6. 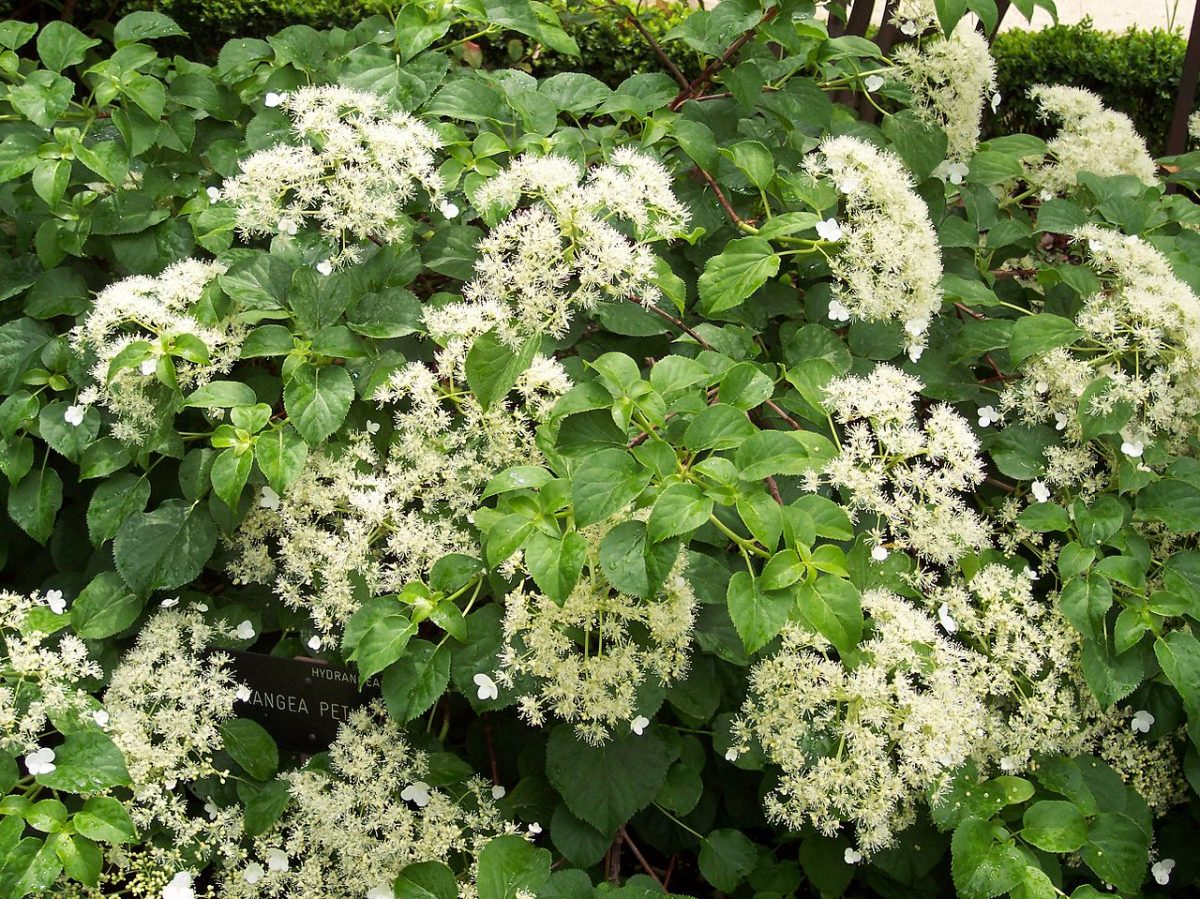 El yellow jasmine it is one of the few that has the deciduous leaf. In fact, it is also known as winter jasmine for that reason. Reaches 6 meters in height approximately, and blooms in early spring, producing yellow flowers. They do not have that intense aroma that usually characterizes other jasmine, but it resists frost very well and grows both in the sun and in semi-shade.

The plant known as honeysuckle It is a shrub with climbing or creeping branches that reaches a height of between 3 and 6 meters approximately. It blooms in spring, producing small white flowers, and in autumn with the arrival of the cold it runs out of its foliage. It grows in shade, and supports frost.

The virgin vine, both the Parthenocissus tricuspidata and Parthenocissus quinquefolia, is a fast growing deciduous climber. It can measure between 6 and 7 meters long, and the most interesting thing is that it does not need support: thanks to its tendrils, it climbs without problems on surfaces. In addition, in autumn he dresses in red. And it resists moderate frosts.

Do you know any other deciduous climbing plants?