Plants, thanks to their incredible and highly developed defense mechanisms, have managed to earn the role of rulers of planet Earth. They are silent, they are apparently immobile, but if it weren't for them the different forms of life that we know today would not exist. We humans depend on them, not only because we need the oxygen they expel, but also to feed ourselves.

In this article we will talk about the different ways a plant has to defend itself from external factors: pests, drought, excess water, direct exposure to the sun ... These details will help us to know how to take care of them correctly.

Thorns instead of leaves

If you are a plant that lives in the desert, your main concern will be how to save the maximum amount of waterWell, your life depends on it. The leaves with chlorophyll lose a lot due to the cellular respiration, so you have no choice but to modify them to the point that they become powerful and sharp thorns, which in addition to helping you lose the minimum of liquid, will help you protect yourself.

This was a process that lasted several generations of plants, but they finally managed to adapt to the environment in which they lived (and live) thanks to their thorns.

The leaves are closing

All of us who have plants have been able to see it at some time: the plant closes its leaves! Why? The reasons are various: 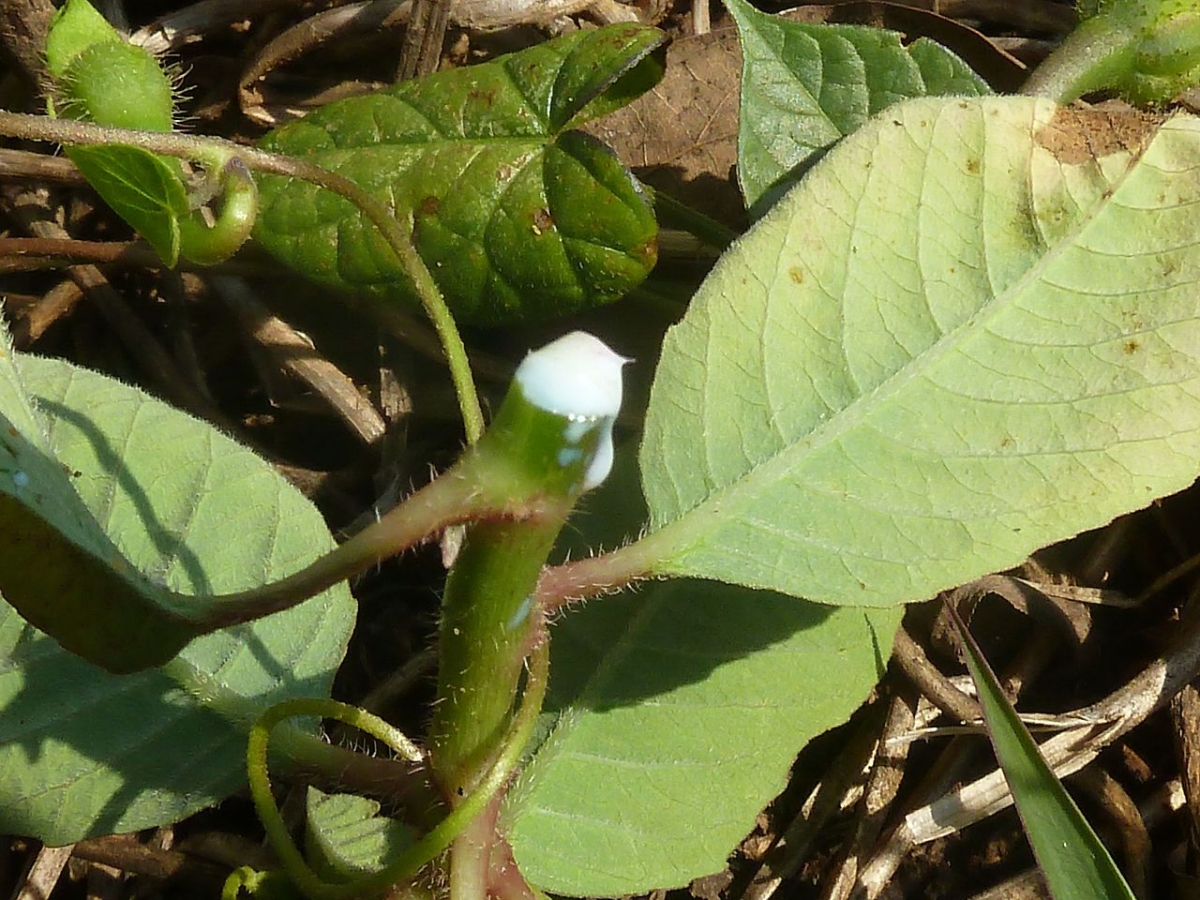 There are many plants that have toxins to defend themselves. For example, the Euphorbia or Rubber plant They have latex to deter pests that affect them. This latex is a substance that even us humans irritate our skin, which makes us have to wear gloves - and better if they are made of rubber - every time we handle them.

Others contain even more dangerous substances. A clear example is the hemlock, a plant that, although in the past it was used and not for good purposes, today, fortunately, its cultivation is prohibited. This contains coniína, which is a substance that if ingested can end the life of a person, but also with that of many other animals such as pigs, cows, elk, horses, turkeys, etc.

We can also talk about the oleander, a shrub with great ornamental value. It has many substances that keep it protected, such as oleandrin, which is found in the leaves and roots. If ingested, it can cause symptoms such as arrhythmia, diarrhea, nausea, and vomiting.; And if the sap comes into contact with the skin, it can irritate it to the point of causing dermatitis. If the dose is too high, it could be fatal. The animals do not usually come close (I myself have two in the garden, where six cats live, being the oldest in 2011, and I have never seen that they wanted to eat or chew on a leaf).

Some more examples are cycads, stramonium, or the castor bean. All of them know very well how to protect themselves from predatory animals, thanks to the toxins produced in leaves, flowers and fruits.

Ethylene is very important for plants. It occurs in all parts of the same: leaves, branches, trunk ... It serves to defend against environmental factors, in addition to stimulating the growth of leaves and flowers.

Dypsis lutescens, a copy of my collection. 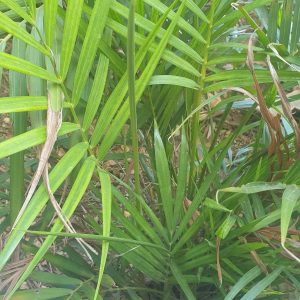 Dypsis lutescens, from my collection.

The leaves adapt relatively quickly to the environment in which they live. And for this I am going to use my own palm trees as an example, and specifically my two Dypsis lutescens. They were bought from a nursery, where they were labeled "houseplants." But since the climate is mild, I decided to plant them in the ground, in a sheltered corner. Over the years, the leaves have been getting stronger.

Before, they were very tender and they burned as soon as the sun hit them "out of the blue" (it has never hit them directly); Now, however, although they still prefer the shade, they recover quickly if it is the case that a solar ray hits them.

Another much more striking example is that of carnivorous plants. These began as plants with conventional leaves, but they find so little nutrients in the soil where they live, that they have had to modify their leaves to become traps for insects.

Small, or elongated and thin leaves

Plants that have small leaves are those that live in areas where it gets very hot, and where it also rains little., like those of the Mediterranean. In fact, we will only find really large leaves in the tropical rain forest; Although in temperate forests there are trees that develop of good size (30 centimeters wide or something more), but nothing to do with those of the Colocasia gigantea, for example, which lives in southern Vietnam and produces leaves of almost 1 meter long.

And is that the smaller a leaf, the less water it needs to stay alive. So plants that have this type of foliage can better withstand drought.

Furthermore, we have elongated and / or thin leaves. These are very curious, because depending on whether it rains a lot or a little, they will fulfill one function or another. Thus, while the dasylirion, Yucca, etc. They have long, narrow leaves to withstand both direct sun and lack of water. But on the other hand we have many palm trees, like Archontophoenix, Dypsis, Areca, etc., whose leaves, being pinnate in their case, allow the water to fall quickly to the ground.

Plants are incredible living things, don't you think? Thanks to the defense mechanisms of plants they protect themselves wonderfully well. Do you know more protection mechanisms?