Rue is a herbaceous plant that is used both in cooking and in traditional medicine. In fact, you can use it to make sauces, as well as make an infusion with its dried leaves to relieve the symptoms of hemorrhoids or stomach pain, for example, although it is important not to abuse it, since it is toxic in high doses.

Therefore, it is an herb that can be a great ally for health, but… What happens when our beloved rue dries up? Is there anything we can do to get it back?

Why does rue dry? The reality is that there are several possible causes. From a bad watering, to an excess of fertilizer, through a sudden exposure to the sun. Next, we will talk about all of them: 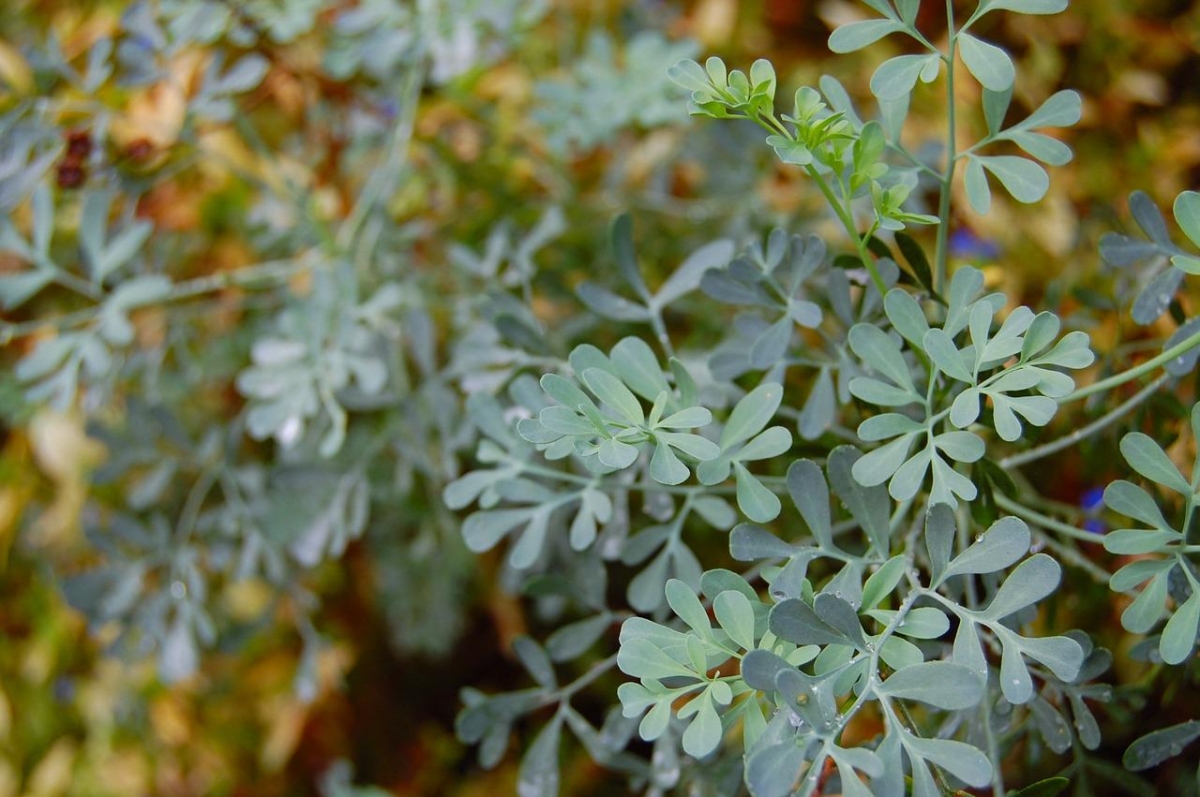 When it is watered a lot, the roots of the Brown there comes a time when they drown. Since then, leaves and stems begin to dry, oldest leaves first (i.e. the lower ones), and then the rest. In addition to that, we will also notice that the soil is very wet to the touch, and even verdina or, even worse, mold (white or gray powder) may appear, a clear sign that the fungi are already there.

To do? In this situation, what we must do is suspend watering temporarily, and treat the plant with polyvalent spray fungicide (you can buy it here!) each 15 days. Likewise, if it is in a pot, we will remove it from there and wrap the root ball or earthen bread with absorbent paper, and leave it like that overnight in a dry place protected from the sun and rain.

If the rue does not receive water, it dries up, and if it is in a pot it will do so even faster than if it is planted in the ground, since the amount of soil available is much less, it loses moisture in less time. Hence we have to adjust the frequency of irrigation as temperatures change.

How to know if the plant is dehydrating? We will see that new leaves turn yellow and then brown, and the soil looks dry, maybe even cracked.

To get it back, we have to water If it is in a pot, we will put it in a container with water for about twenty minutes, and if it is in the ground, we will add about 2 or 3 liters of water, depending on the size of the plant (the larger it is, the more you will have to add) . From then on, we will water it more often so that it does not dry out again. 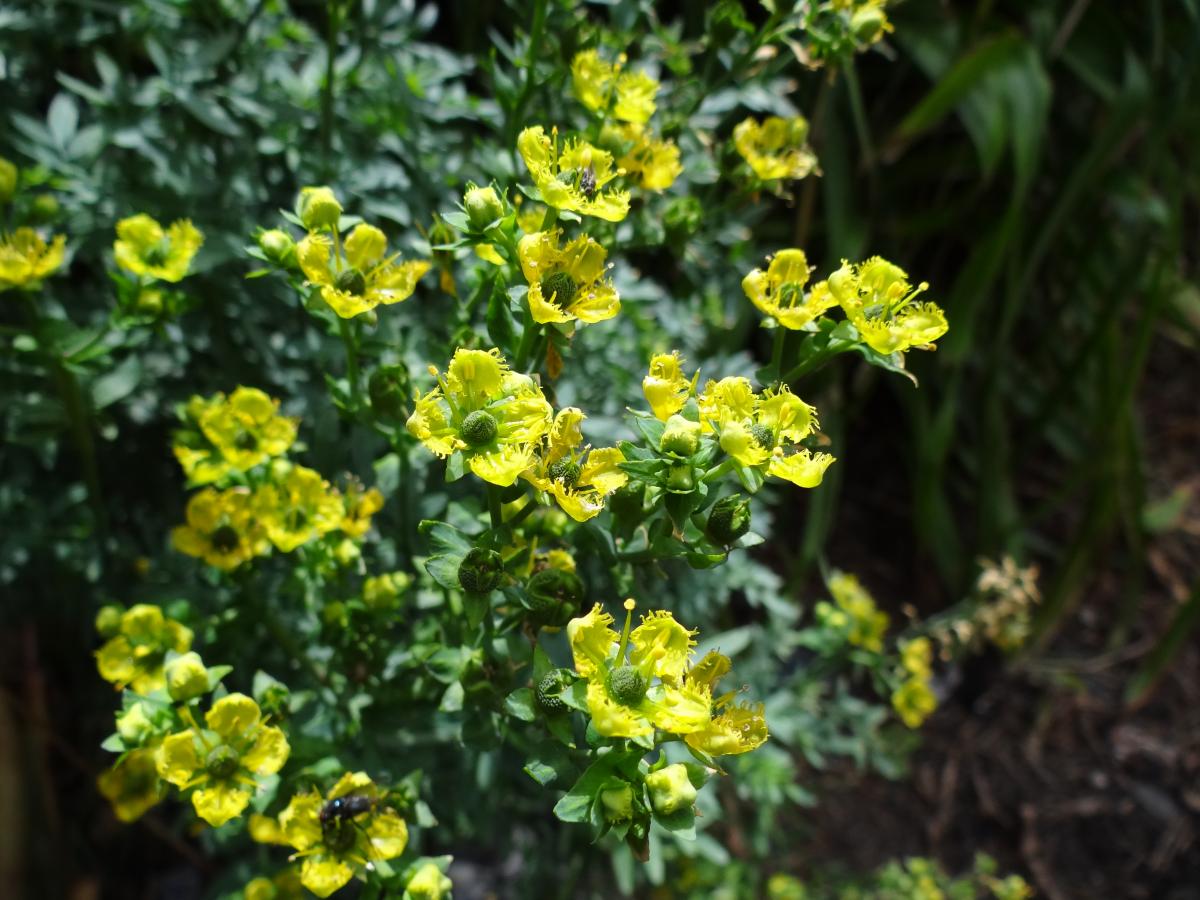 It is highly recommended to fertilize the plants, but if it is going to be done, You must always follow the manufacturer's instructions for use that we will find on the product packaging. It is a mistake to think that if you add more quantity, better results will be achieved, since what happens is just the opposite: the roots suffer, and with them, also the leaves.

To know for sure if our rue has this problem, we will see that its leaves have brown and/or reddish spots, or even turn yellow. We must act as soon as possible if we want to recover it, watering it so that the excess fertilizer goes down, away from the roots.

Direct sun without prior acclimatization

Rue is a plant that must be in a sunny place from its youth. But If, for example, we always have it inside the house and at a given moment we take it outside, it will burn since our plant is not used to it. still in direct sunlight. The same thing would happen if we bought one from a nursery where they had it protected, and as soon as we arrived we left it in a sunny place.

Luckily, this is a problem that has an easy solution: we simply have to move it to another place, and begin to get it used to the sun little by little. How do you do that? Leaving it exposed to the rays of the star king between 30 and 60 minutes each day, and gradually increasing the exposure time as the weeks go by.

It is very resistant, but when it is not watered frequently enough, it becomes very weak and can be attacked Mites like the red spider and White fly. Both are insects that feed on the sap of the leaves, especially the young ones; In addition, the red spider produces webs which serve to move from one part of the plant to another.

To do? If we see any plague in the rue, we can combat it with some ecological remedy, such as neem oil or diatomaceous earth (you can buy it here!), of which we leave you a video:

As we have seen, there are several reasons why rue can dry out. Therefore, it is important that proper care is provided, as this reduces the risk of serious problems.

Full path to article: Gardening On » Plants » How to recover a dry rue?