It is one of the most popular evergreen saplings / shrubs. Its easy cultivation and maintenance, as well as its resistance to pruning and disease, make it a great plant to have in almost any type of garden. Your name? Eponymous.

We didn't want to have a gardening blog without writing your complete file for you, so here it is.

Get your plant here:

Origin and characteristics of Euonymous japonicus 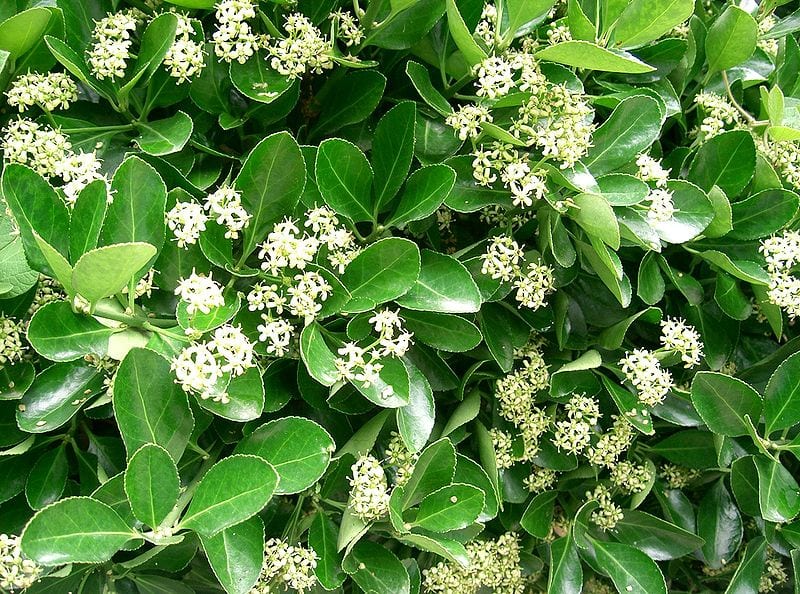 Our protagonist is an evergreen plant native to Japan, Korea and China whose scientific name is Euonymus japonicus, although it is popularly known as Japanese spindle, Japanese bonetero, evonivo or evonymous. It reaches a height of 2 to 8 meters, although it is normally not allowed to grow more than 3m.

Its leaves are oval, 3 to 7 cm long, and have a finely rounded margin. These are green in color, but they can also be variegated (green and yellow). The flowers are about 5mm in diameter, and are greenish-white in color. The fruit is green, and inside we find pink seeds.

The growth rate of Euonymus japonicus It's fast, but not too fast. What I mean by this is that can grow at a rate of 20 or 30 centimeters per year, depending on the weather.

There are above all two that are especially popular:

If you dare to have a copy, we recommend you take care of it as follows:

It is important to be outside, in full sun. It can also be in semi-shade as long as it receives more hours of light than shade.

It is highly recommended to water rainwater or lime-free water, so if you only have very hard water -with a pH of 8 or higher-, you should add a tablespoon of vinegar to 5l of water. You can find out what the pH of the water is with some measuring strips that are sold in pharmacies for this purpose.

From early spring to late summer you must pay your ebonimus once a month with ecological fertilizers, for example with guano which is very rich in important nutrients such as nitrogen. In the case of having it in a pot, use liquid fertilizers so that the soil does not have problems filtering the water.

The euonymous plant is multiplied by seeds in autumn or by cuttings in spring. Let's see how to proceed in each case:

The step by step to follow is the following:

Thus, will germinate throughout the spring.

The way to proceed is as follows:

Thus, will emit its own roots after 3-4 weeks.

The euonymous plant is very resistant, but if the conditions are not right it can be affected by the following pests:

diseases of the Euonymus japonicus

When overwatered, the following may appear:

At the end of winter, dry, diseased, weak or broken stems must be removed from the Euonymus japonicus. You can take the opportunity to cut the rest of the stems, giving them the shape you want. Of course, important, use pruning shears previously disinfected with pharmacy alcohol or with a few drops of dishwasher.

Withstands cold and frost up to -18ºC.

What did you think of the eponymous?