El Ficus 'Alii' It is the typical tree that, apparently, does not seem to belong to the genus to which it belongs (in this case Ficus) when compared with others of its species. But it is that difference that makes it so beautiful and special. What difference are we talking about? From its leaves, of course.

And is that the vast majority of his cousins, like the ficus carica or Ficus elasticaThey have a rounded foliage, more or less wide; On the other hand, our protagonist has it long and thin.

Origin and characteristics of Ficus 'Alii'

It is an evergreen tree native to China, India, Malaysia, Thailand and Vietnam, whose scientific name is Ficus maclellandii cv 'Alii'. Reaches a height of 5 to 8 meters, although it can reach 20 meters in their places of origin. The trunk is not very thick, measuring about 40-50cm in diameter, and its bark is smooth and greyish in its youth, and darker as it ages.

The crown is rounded, very dense, formed by alternate and spirally arranged leaves, linear-lanceolate and 10-25 long x 2-7 cm wide, with leathery texture and entire margin, bright green on the upper surface and paler on the the underside. The fruits are called sycon, which are compound fruits that develop from a compressed inflorescence, which arises within a fleshy receptacle, like the fig in this case.

How to differentiate Ficus 'Alii' from Ficus binnendijkii?

There is a species that is often marketed a lot under the name of Ficus 'Alii', or by the scientific name of the species to which it belongs (Ficus maclellandii), but that although they are quite similar, to the point that they are easily confused and are often sold as the same, they are two different types of Ficus.

The above is the call Ficus binnendijkii. This fig tree is native to Sumatra, Java, Borneo, and the Malay Peninsula. The difference lies in its leaves, and to be more exact, in its veins. The foliar nerves of the f.binnendijkii They have two basal lateral nerves that stand out from the rest, and that can cover almost the entire leaf blade; on the contrary, the Ficus maclellandii It does not usually have this pair of differential nerves, and if it does, they are barely distinguished from the others and its length is much shorter.

What is the care of Ficus 'Alii'?

If you dare to have a copy, we recommend that you provide it with the following care: 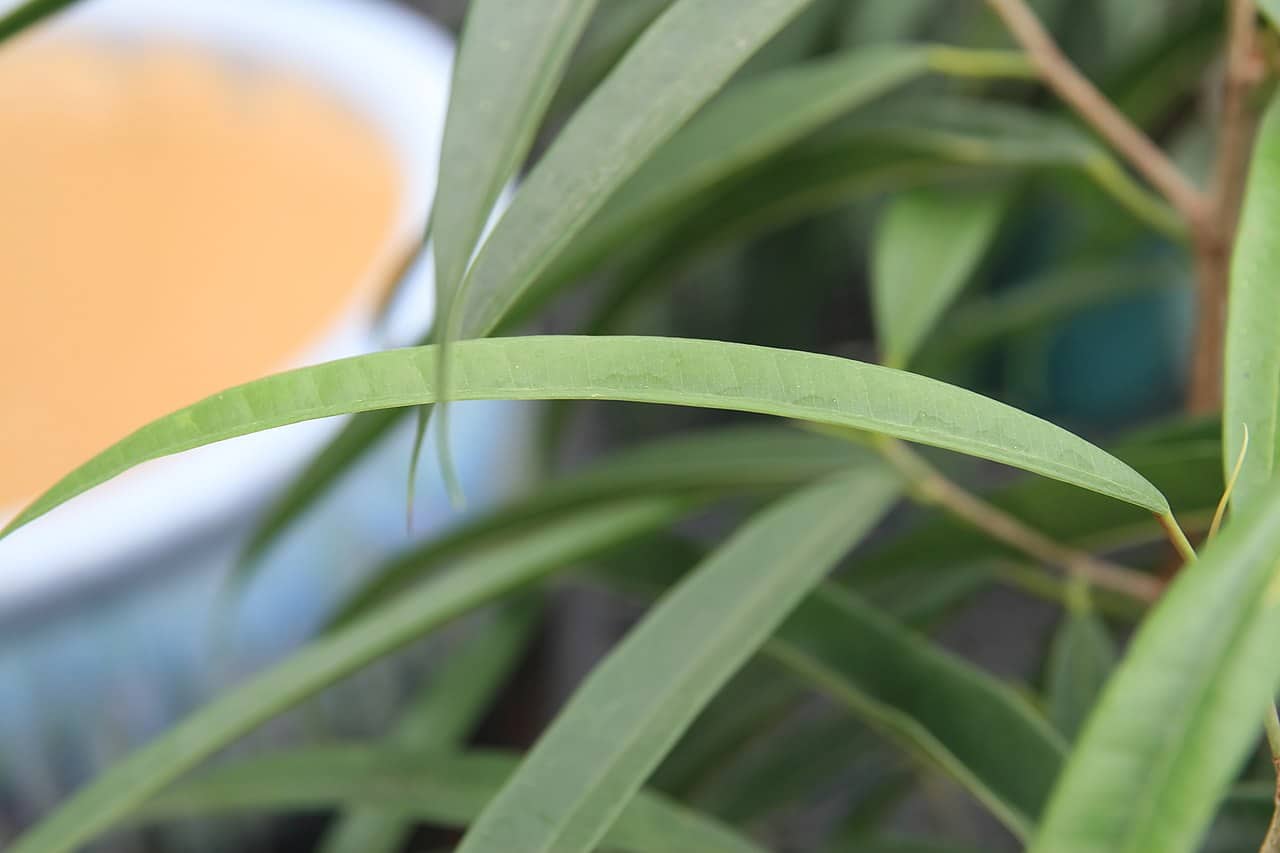 Irrigation must be frequent, especially in summer. During this season it may be necessary to water 3-4 times a week; On the other hand, the rest of the year it will be watered once or at most twice a week depending on the weather conditions and its location.

If in doubt, check the moisture in the soil before watering again, for example by inserting a thin wooden stick or digging around 5-6cm with your fingers.

Must be paid in spring and summer, with organic fertilizers such as guano, earthworm humus, or the extract of algae following the indications specified on the product packaging.

Whether you want to plant it in the garden or change it pot, you have to in spring, when the minimum temperature is at least 15 degrees Celsius.

The Ficus 'Alii' multiplies by cuttings in spring, following this step by step:

To prevent it from drying out, you can wrap it with transparent plastic, but don't forget to make a few holes in it with the tip of a scissors knife so that the air is renewed, thus preventing the fungus from appearing.

If all goes well, in about a month you will have a new copy.

Ficus 'Alii' can live in tropical and warm temperate climates. It withstands well the cold and weak frosts of up to -2ºC, as long as they are punctual and of short duration. Anyway, it is important to know that it is better not to drop below 0 degrees, since especially during your youth, if this happens you will need some protection.

For this reason, in Europe it is usually kept more as an indoor plant than an outdoor one.

Get your Ficus 'Alii' here!.