El Horse Chestnut It is a majestic tree, with wide, webbed leaves of a beautiful green color. It is often found in the gardens and avenues of all temperate regions of the world, and its ornamental value is very, very high. In addition, in spring it fills with very pretty white flowers.

Would you like to know absolutely everything about this magnificent tree? Do not miss this special that we have prepared for you.

Characteristics of the Horse Chestnut

Our protagonist, known as False chestnut, Indian chestnut or Crazy chestnut, and whose scientific name is Aesculus hippocastanum, It is native to Bulgaria, Albania and Greece, although today it has become naturalized in Western Europe and in some regions of the United States. It grows to a height of 30m, and may need the same to develop.

Its leaves are webbed, with five finely toothed leaflets, and very large: if you put your hand under it, it covers you. Its flowers appear grouped in inflorescences in the form of a conical or pyramidal panicle during the spring. The fruit is a globose capsule covered with soft thorns that measures about 4-5cm. Unfortunately, the chestnut is not edible. 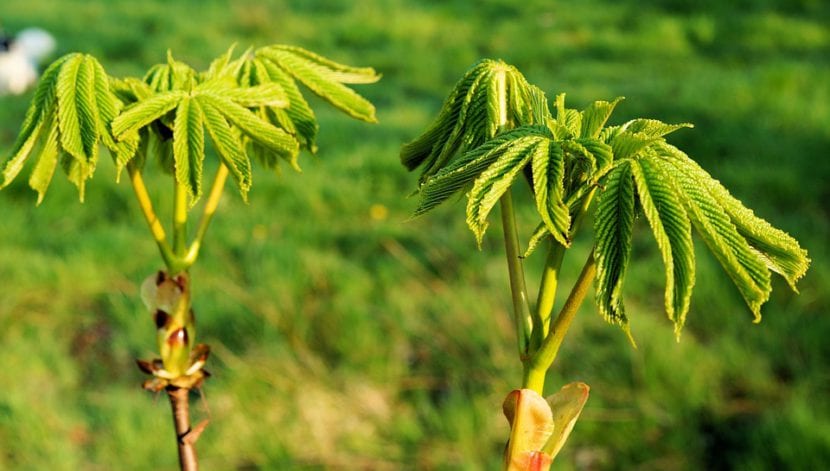 Would you like to have a specimen in your garden? Welcome to the club 🙂. As soon as I saw it in a documentary, I knew I wanted to have one. I love webbed leaves, and if the tree is big ... even more so, even if later I have to figure it out to be able to have it more or less well in a pot (impossible task, by the way. Sooner or later it will end up on the ground).

So nothing, how do you take care of it? Well, to have it in condition, you must take into account the following:

It must be placed outside, since you need to feel the passing of the seasons. If possible, it should be in the sun all day, but if you live in the Mediterranean, I advise you to put it in semi-shade (as long as it has more light than shade), as it will grow better.

It supports frosts down to -17ºC, but not temperatures over 35ºC.

Prefers slightly acidic soils, with a pH of 6-6,5. Of course, it can grow in alkaline ones (pH 7) as long as it has very good drainage.

Frequent, does not support drought. During the summer, it will be necessary to water it 3-4 times a week, especially if you live in a climate with very hot summers; 2-3 per week will suffice for the rest of the year.

You have to use rainwater, or acidified (in this article we explain how to lower the pH of the water).

During spring and summer it is highly recommended to pay it once every 1-2 months with organic fertilizers, either liquid or powder. Guano, manure from herbivorous animals (horse, sheep, cow) ... whatever is easier for you to get.

You should put a layer of about 2cm around the tree, and mix it a little with the most superficial layer of the earth.

It's not necesary. Maybe cut off dry branches, and remove wilted leaves and flowers, but nothing more.

This is a very resistant tree, but it is true that sometimes the following can affect it:

You can be infected by fungi, such as Guignardia aesculi, which enter the plant through wounds or cuts made during pruning. To treat it, you have to use systemic fungicides.

Can you have it in a pot? 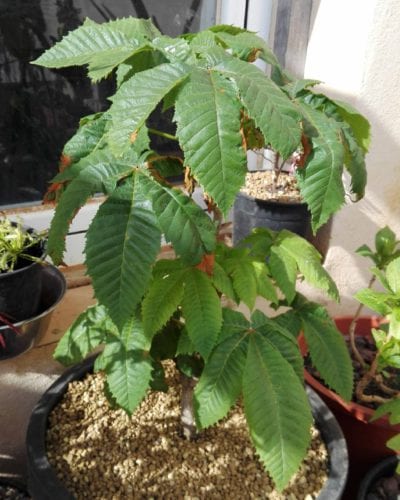 The answer is… No., that is, you can have it for a few years, but you will end up being forced to plant it in the garden. In any case, if you live in a climate like the Mediterranean, with very hot summers and rather mild winters, its growth rate will not be the same as it would in, for example, Galicia. In fact, I can tell you that it grows slowly. So, if you want to have it in a pot temporarily, take note of these tips so that it grows without problems:

How does the Horse Chestnut reproduce? 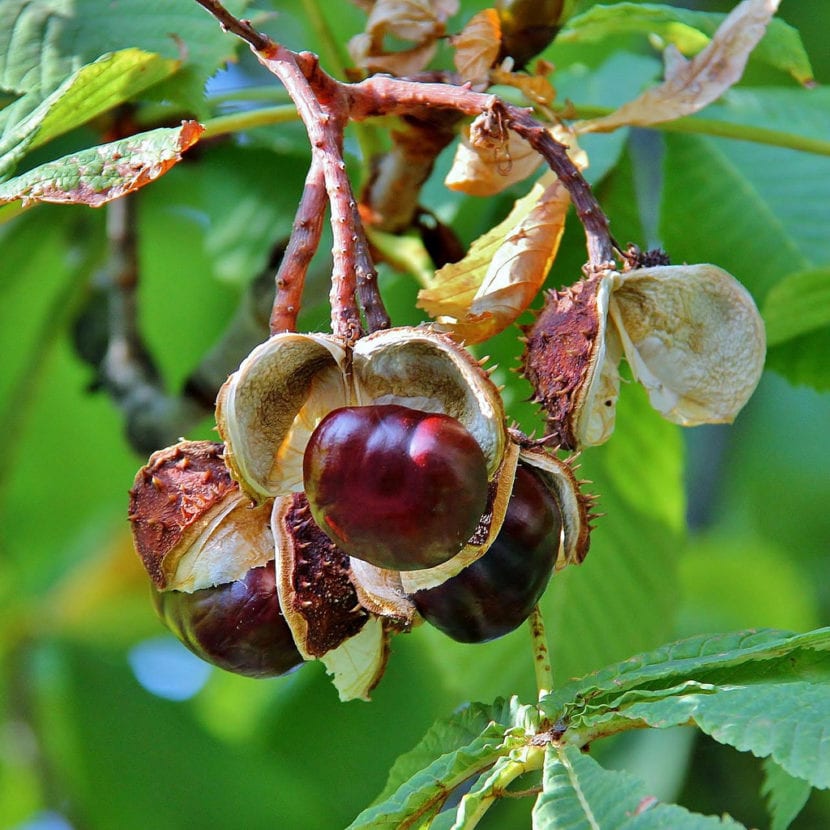 How to have one or more copies of Horse Chestnut? Very easy: sowing its seeds. The question is: how? To germinate they need to be cold during the winter months, so if the weather is cool, you can sow them directly in a pot with universal substrate, and let nature take its course. Otherwise, you should get some tupperware, vermiculite, a little natural fungicide (copper or sulfur), and of course the seeds to be able to stratify them in the fridge for three months. You must proceed as follows:

Once the three months have passed, you can sow your seeds in pots using, for example, vermiculite.

It is mainly used as ornamental plant, either as an isolated specimen or in alignments, but it can also be used in gel (sold in pharmacies and herbalists) as a medicinal product due to its interesting properties.

This tree contains aesuclin and aescin, which are two components that have the ability to prevent edema from forming and also make the blood vessels more resistant. For this reason, its use is highly recommended if you have varicose veins, hemorrhoidsthe swollen veins. 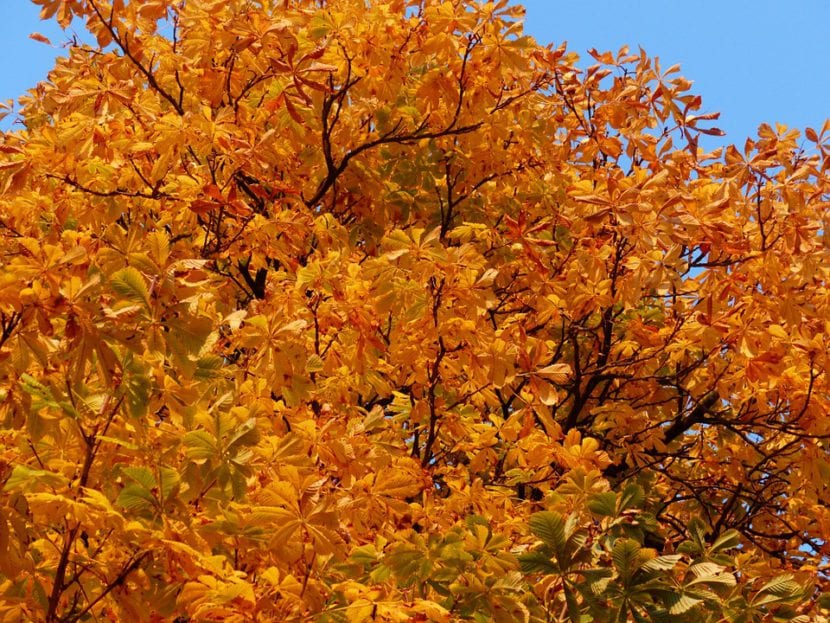 And this is all of this majestic tree. What do you think?