Is elephant ear pruned? That is a question that may arise, especially when we see that our plant is getting very large, and even more so if we have it indoors. And the answer is yes, but we must bear in mind that the pruning that will be done to this plant has nothing to do with what would be done to a tree, for example, since they are two different types of plant beings. .

So let's see how to prune elephant ear, with what tools, and what is the best time to do it.

When should you prune the elephant ear?

Let's start talking about this, because if we can at the elephant ear plant at a time when we shouldn't do it, it could end up damaged. And for that, you have to understand that the elephant ear is a plant of tropical origin, which when grown in a region with a temperate climate it grows during the spring, summer, and perhaps a little in the fall if it has mild or warm temperatures.

For plants, the simple fact of growing implies a great circulation of sap through the conductive vessels (their "veins"): from the roots to the leaves, and vice versa. That's why, never prune an elephant ear -or any plant- in the middle of the growing season, since doing so would lose a lot of sap; And not only that, but insects could be attracted to the smell of the wounds, which could cause a lot of problems.

So when do you prune? Our protagonist is very sensitive to low temperatures; in fact, that is one of the reasons why it is grown more as an indoor plant than an outdoor one. But it is also, if we cut it off in autumn or winter, we run the risk that it will suffer a lot, as fresh air would enter its interior, thus cooling the cells and causing them to become damaged, or worse, die.

What tools to use? 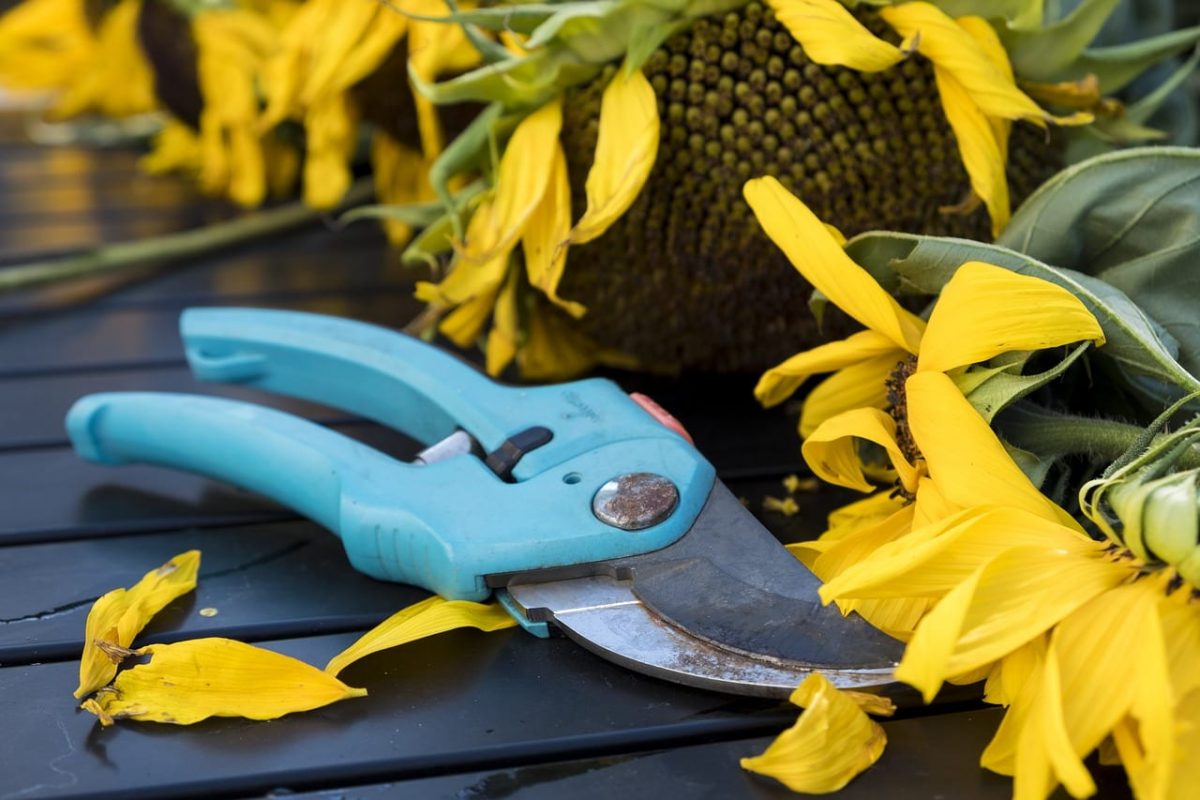 We will not need much to prune our elephant ear, just the following:

How to prune elephant ear?

To prune the elephant ear, you must first know something that is very important: this plant is a herb, and therefore, if we cut a stem in half, what will happen is that it will die, because it does not have the capacity to produce shoots from that half that remains.

Therefore, pruning should consist only of elimination of the leaves that are dry, and if you want also those that are yellowish, since these will not recover their green color.

The scissors will be placed as close as possible to the "trunk" (it is actually a false trunk), and a clean cut will be made. Sometimes, if the leaves are already very dry, it will be possible to remove them by hand, pulling them out gently but firmly; but go, if you prefer, you can cut them with scissors and thus prevent the false trunk from being damaged as it would happen if the blade is pulled abruptly.

Can anything be done so that the elephant ear does not grow so much?

Related article:
How is the Elephant Ear cared for?

Elephant ear can reach a height of 5 meters, and develop leaves up to 1 meter long. Its false trunk, however, always remains thin, measuring a maximum of 20 centimeters thick. But these dimensions are only reached when planted in the ground, and as long as the weather is warm and it rains frequently. Namely, if you are going to have it in a pot, it will never measure 5 meters because the lack of space will prevent it from growing so much.

Therefore, you do not have to worry too much about this, as it is very easy to keep it in a container throughout its life. The roots it has are not very strong either, so they cannot break the pot. Now, I do recommend planting it in a larger one every 3 years, because if it is not transplanted at the end, the lack of space and nutrients would weaken its health.

Elephant ear pruning is very easy, so hopefully your plant will look pretty.

Full path to article: Gardening On » Plants » How to prune the elephant ear plant?