Decorating the house with tall plants like trees is something that has been done for millennia, but the olive tree is so demanding that it is rarely kept indoors. However, it is a much-loved plant, as it withstands drought very well, and it is also beautiful and elegant, which greatly embellishes the room.

Although if the weather is warm it should be kept outside, in some cases it can be kept indoors. But how? Namely, What care should be given to make it well?

How to care for an olive tree indoors? 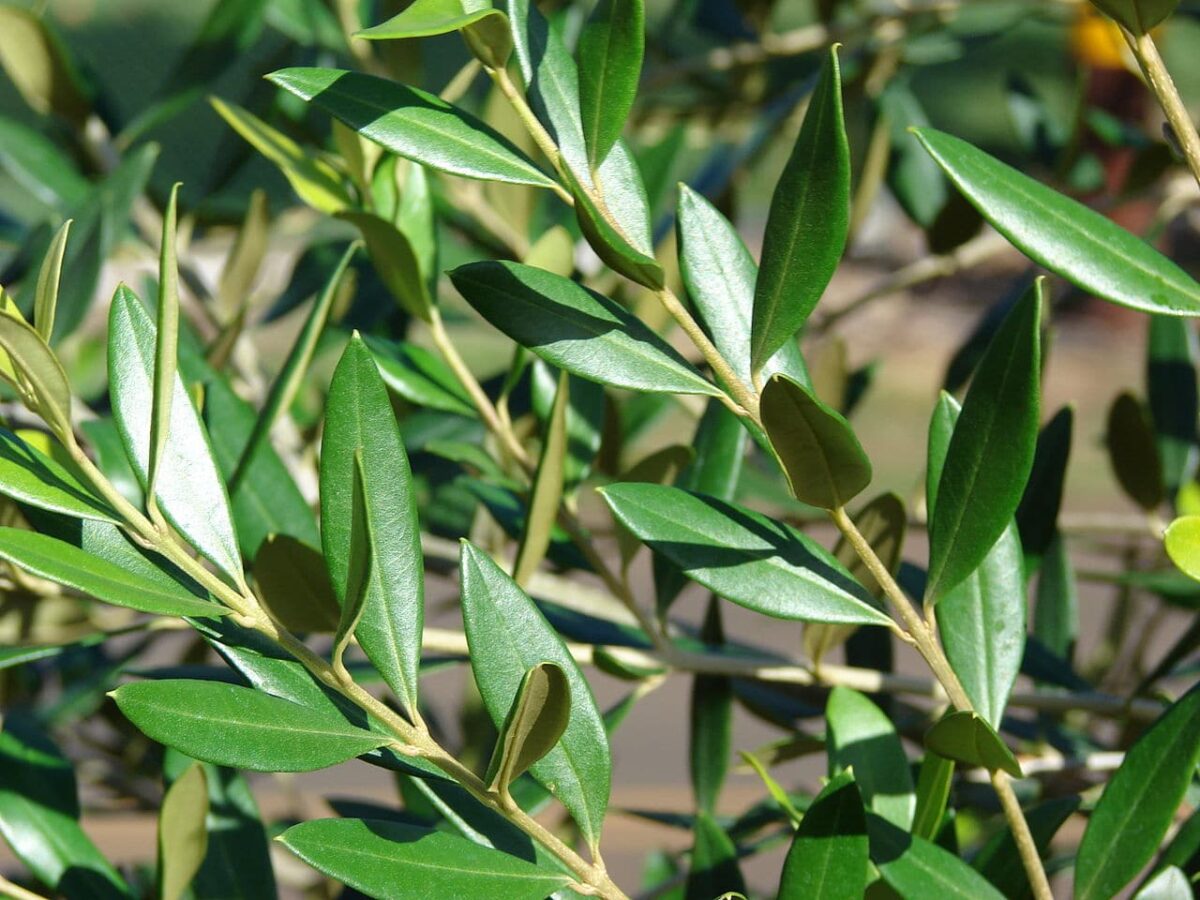 The olives they are much loved trees indoors, more and more. For this reason, we want you to learn how to take care of them in the best possible way:

Where to put an olive tree?

The olive tree is an evergreen tree that needs lots and lots of light. In fact, if we had it outside, we would have to put it in a sunny place, where it would receive a minimum of 6 hours of direct sunlight per day. Therefore, at home we will put it in the room that gets more light, that is, where there are windows facing east, which is where the Sun rises.

But in addition, it is important that it is placed as far as possible from air conditioning, radiators, fans, and any other device that generates air currents, since otherwise the leaves would dry.

Which pot is the right one?

When we look for images of olive trees grown indoors, we usually see photos of plants that are in pots that, yes, are very pretty, but they do not have holes in their base through which water can escape. And this is a problem, since which is a tree that cannot bear to have its roots flooded, which is exactly what happens when plants are grown in such containers.

However in addition to choosing a pot with drainage holes, it is also important that it is the right size. For example, if our tree is currently in a 15-centimeter diameter tree, the next one should be about 10 centimeters wider and taller so that it can grow well for a few years.

After three or at most four springs, we will see if the roots come out through the holes and/or if it has already occupied the entire pot, something that we will know if when trying to remove the tree from it the root ball or earth bread comes out without falling apart.

What kind of soil does a potted olive tree need?

The olive tree is a Mediterranean tree, which grows in alkaline but well-drained soils. It does not need soils with a lot of organic matter, but it could not grow in poor soils, such as those that have suffered serious damage due to erosion for example.

For this reason, if we are going to have it in a pot it is highly recommended to fill this with universal growing medium for plants, like the brands Flower, fertiberia or even that of Compo if we mix it with 30 or 40% perlite.

How often to water the indoor olive tree? 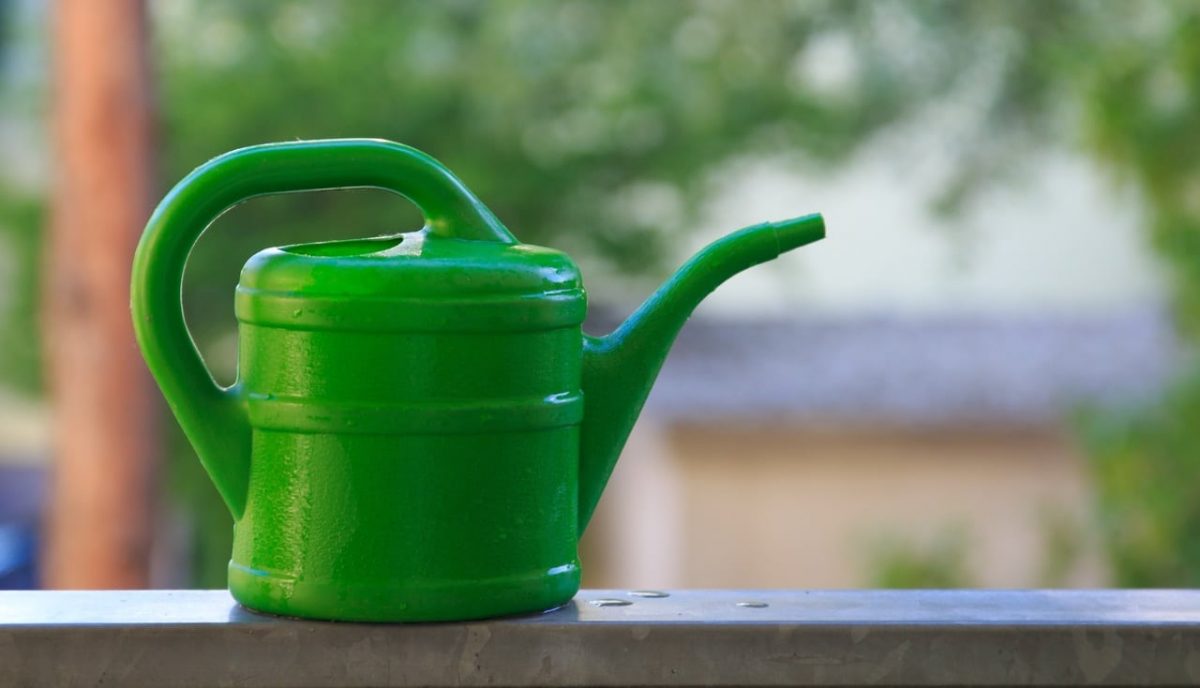 We should not water it too much. At home the earth takes a long time to dry out, so we will only do it once a week, or twice during the summer. But yes, when we do it, we have to pour the water into the soil, and water until it comes out through the drainage holes of the pot, otherwise we would run the risk that some roots would be left without being able to hydrate.

The water that we will use to irrigate will be either rainwater or tap water as long as it has a pH of 7.5 or less. It can also be bottled water. In addition, if we have put a plate under the pot, we will drain it after watering so that the roots do not suffer any damage.

Does it have to be paid?

It is highly recommended. The olive tree is not a very demanding plant, but if we fertilize it, it will have a better appearance and better health. But when to pay it? We'll start doing it once spring has settled, that is, when there will be no more cold storms. This in Spain is usually from March or April, but it will depend a lot on the area and also on how the weather is that year, since for example one year the temperatures can recover very soon, but the following year it can be cold in April or even in May. Therefore, it should not be fertilized while temperatures remain below 10ºC.

It will continue paying until the fall or winter, that is, until it gets cold again and temperatures drop below ten degrees Celsius. For this you must use fertilizers or liquid fertilizers such as guano (get it here!) or the universal, or if you want fertilizing nails for green plants (like these from here!). Of course, the instructions for use must be followed so as not to cause damage.

When and how to prune the indoor olive tree?

It is important to prune it from time to time, since it is a tree that could be between 4 and 12 meters tall if planted on the ground. Although it will stay much lower in a pot, if we can't, it could reach 3 or even 4 meters as time goes by. So, it does not hurt to prune it, something that will be done in the fall.

For that, suitable pruning tools such as anvil shears will be used (on sale here!), or even kitchen ones to cut the tender branches. In the event that a woody branch needs to be trimmed or removed, a small handsaw will be used. Before pruning, we will clean the tools well; This way we will keep the health of our tree intact. Later, we will proceed to do the following:

What is the meaning of having an olive tree at home?

To finish, you should know that the olive tree for some beliefs such as the Feng Shui, It is a symbol of prosperity, abundance and peace.. It is a tree that lives in environments where it rains little, with very hot and dry summers, and that still produces many fruits -olives- almost effortlessly.

In addition, as we have seen, it is not a very demanding plant, although indoors we do have to be a little more aware of it than we would be if we had it in the patio or in the garden. But even so, it is a plant that can last us many years if we provide it with the care it needs.

Where to buy an olive tree?

Full path to article: Gardening On » Plants » Inside plants » Can an olive tree be grown indoors?