When we talk about tubers, the potato or sweet potato comes to mind. However, there are other edible tubers that have excellent characteristics and nutritional values. One of these tubers is the jícama. It is also known by the name of pelenga and is originally from the Mexican peninsula. It is identified by its white color and its sweet taste. It has a quite crunchy texture that is assimilated between the sweet potato and the apple. As with potatoes, it is a fairly versatile edible since it can be eaten both raw and in salads, cooked in a similar way to potatoes, and as a snack. Its scientific name is Pachyrhizus erosus.

In this article we are going to tell you about all the characteristics, properties and cultivation of jicama.

The jicama plant is related to legumes. It is a type of tuber that varies in size and weight. Usually usually weigh between 1 and 5 pounds and can reach 50 pounds in some places. Its shape is oval and it has a rough skin of a brown color. In appearance it is quite similar to the potato. Its meat is juicy and has a crunchy texture and a white color. When it is naturally it has a texture very similar to uncooked potato. The difference is that it has a crunchier texture and is juicier.

Its flavor can be compared to that of the apple and it is somewhat sweet. The name jicama means watery root. It has other common names depending on where we are. Among these names we find pelenga, sweet turnip, Mexican turnip and Mexican potato.

The edible part of this plant is the root. It can be consumed just like any other fruit or vegetable. It is a seasonal plant throughout the year, although the best time to sow it is from December to June in the northern hemisphere. The plant has adapted better to growing in hot, dry climates. This makes it a fairly easy growing plant to carry as it does not require too much care. Those specimens that are planted during the summer produce tastier jicamas, although in size they become somewhat smaller. 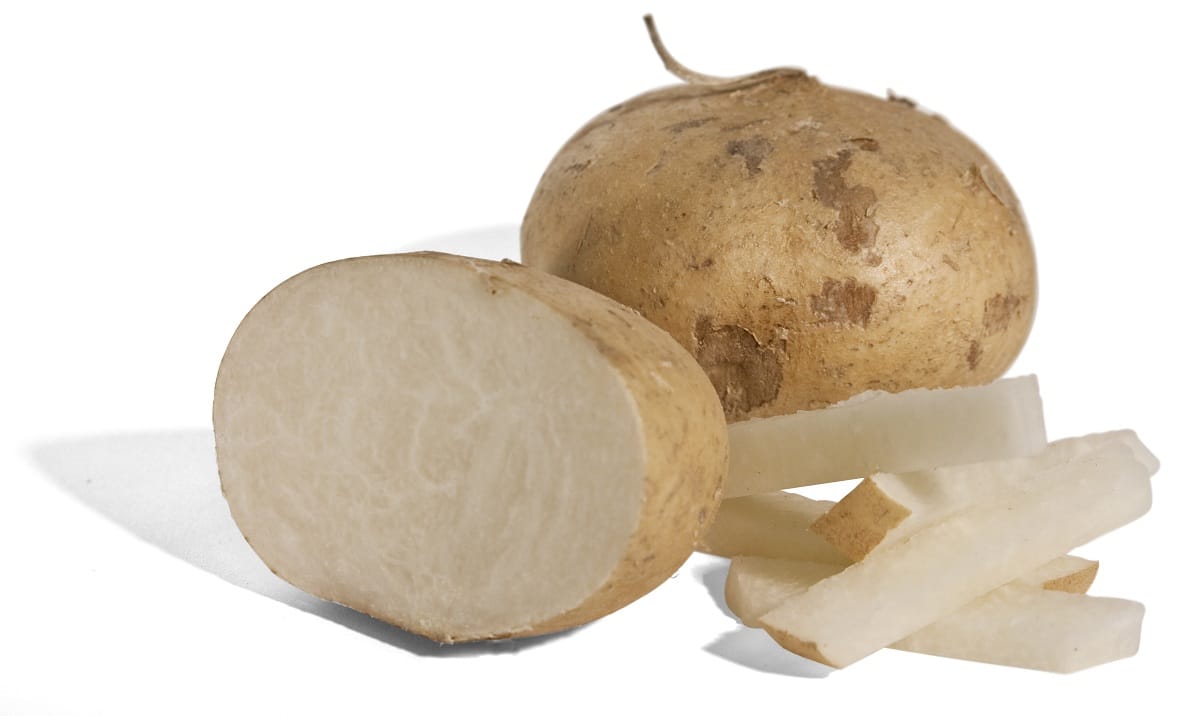 As we have mentioned before, it is a fairly versatile vegetable when it comes to cooking and has excellent nutritional properties. This tuber contains vitamins and minerals that are essential for health. In addition, it has a high content of dietary fiber and some amino acids.

Among the vitamins with the highest concentration we have vitamin C, group B and vitamin E. On the other hand, we have minerals such as copper and potassium and some amino acids such as histidine, valine, threonine, isoleucine and lysine.

Some people have found certain disadvantages in consuming this tuber. As with many other fruits and vegetables, jicama can be a source of bacterial contamination. This does not mean that it will cause problems frequently. The fact that it is contaminated by bacteria is very rare. However, the bacteria that most often attack jicama is Shigellosis. This bacteria usually disappears on its own after one to two weeks. This makes the severe jicama always buy in a trusted place where it is washed and stored properly.

The same can happen with the common potato. If not stored properly, it can become a toxic tuber. If the conservation and hygiene measures will be correct, there is no need to worry about it. 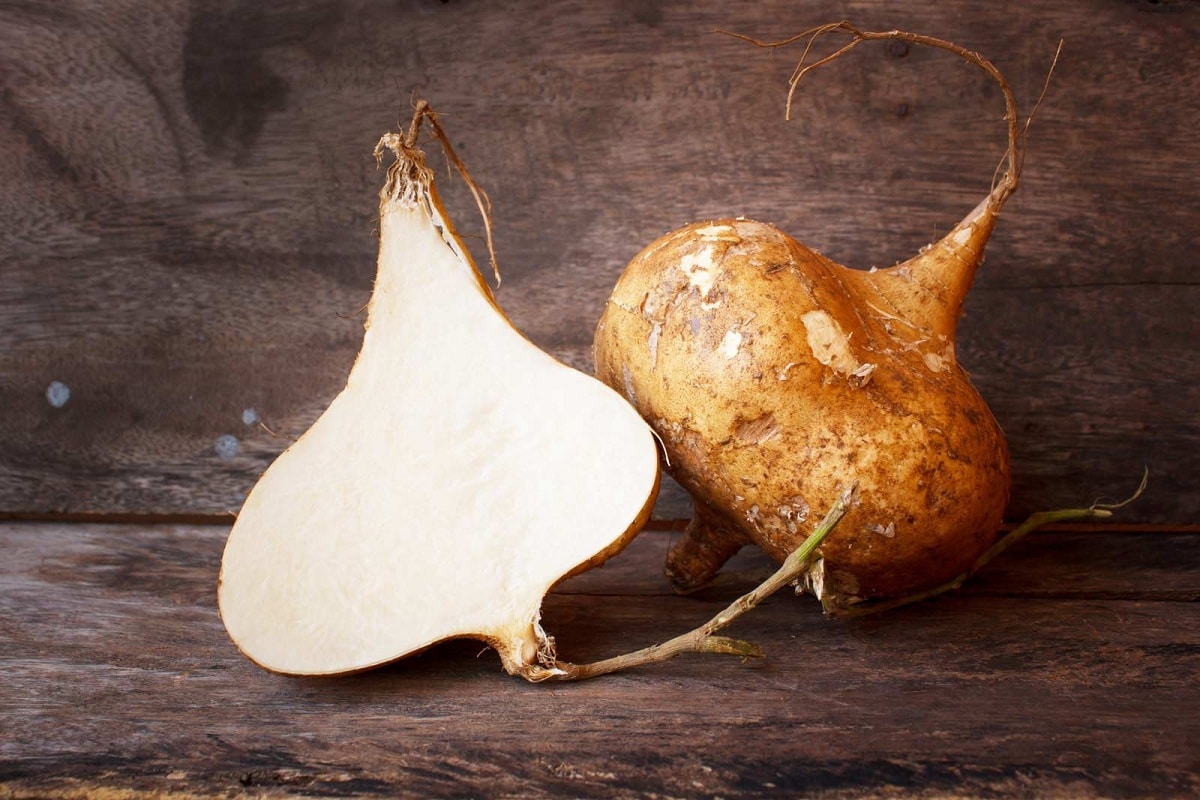 It is a tuber that not only has very positive nutritional properties, but also has a wide range of unique health benefits. Let's analyze what these benefits are:

I hope that with this information you can learn more about jicama and its properties.