A leafy tree is that plant, generally large in size, that develops a fairly wide crown and is very populated with leaves.. For this reason, it is usually planted more frequently in large gardens than in medium or small ones. And it is that, from my own experience, if you want to have one in a place where there is not much space, so that it looks good and does not cause problems to other plants, you will be forced to prune it, otherwise as it grows It would give too much shade.

Therefore, I think it is very important to know the characteristics of the leafy tree, and by the way to know the name of some types, since in this way we will be able to enjoy their ornamental value.

What are the characteristics of the leafy tree?

A tree is said to be leafy when it has a highly branched crown full of leaves, which are usually wide and relatively tender. (especially when compared to those of pines or yews, for example). The trunk tends to thicken as the years go by, and its root system can occupy several square meters.

In nature they are very, very important, since provide plenty of shade and shelter for some animals, as well as small plants. And that's not to mention the microclimate they create under their glass, which is cooler than the one far from them.

These types of plants are sometimes known as broad-leaved trees, since the vast majority of leafy trees have leaves that are broad and large.

Related article:
What are leafy plants?

Another detail that is important to know is that, usually a leafy tree is a deciduous tree, which loses its foliage either in autumn/winter if you live in an area where the four seasons are differentiated, or before the dry season if the climate is tropical or subtropical in which there are months in which it rains frequently , and others in which it does much less.

The leafy trees that we are going to show you are plants that can be planted in gardens where the climate is temperate or subtropical; that is to say, that they support the cold and even some important frosts.

El hackberry It is a deciduous tree that reaches 25 meters in height. It develops a straight trunk with grayish bark, and a wide crown of about 4 meters in diameter. The leaves are green, ovo-lanceolate in shape and have a serrated margin.

Its growth rate is quite fast, and in addition, it is a plant that withstands drought relatively well thanks to the fact that it has evolved in the Mediterranean region, where summers can be very hot and dry. Cold winters do not scare it either, since it can withstand frosts of up to -12ºC.

El iron tree It is a deciduous plant reaches a height of 15 meters, and which develops a crown about 8 meters wide. The leaves are ovoid, green in color although in autumn they turn a beautiful red.

It is a species of great ornamental value, but quite demanding, since it needs a temperate climate and an acidic or slightly acidic soil. For the rest, it must be said that it withstands frosts of up to -18ºC.

La catalpa It is a deciduous tree that reaches 15 meters in height, and that can develop a cup of several meters in diameter (about 5 meters). The leaves are wide, green, and end in a point. Flowers appear in clusters in spring, are bell-shaped, and white.

It has a relatively fast growth. It resists cold and frost very well down to -15ºC and it is not harmed by heat if it has water at its disposal.

El japanese false chestnut It is a deciduous tree reaches 30 meters in height, and that develops a crown of up to 4 meters wide. The leaves are palmate, composed of 5-7 green leaflets that turn yellow or reddish in autumn. In spring it produces flowers in erect inflorescences, and they are pale yellow with red tones.

It can be grown in cool, temperate climates, but it is important that it be planted in fertile, moist soil. It resists frost down to -18ºC.

El sweet ash It is a deciduous tree that reaches 20 meters in height, with a crown about 3-4 meters wide. The leaves are opposite, green, and bi-pinnate. In autumn they turn yellow, orange or reddish. It blooms in spring, producing pale cream panicle flowers.

It grows fairly quickly if water is available and the climate is warm-temperate. It can withstand short periods of drought (days) if it has been in the ground for at least one or two years, but it is preferable to water it if we see that the land is very dry so that it does not spoil. It resists up to -15ºC. 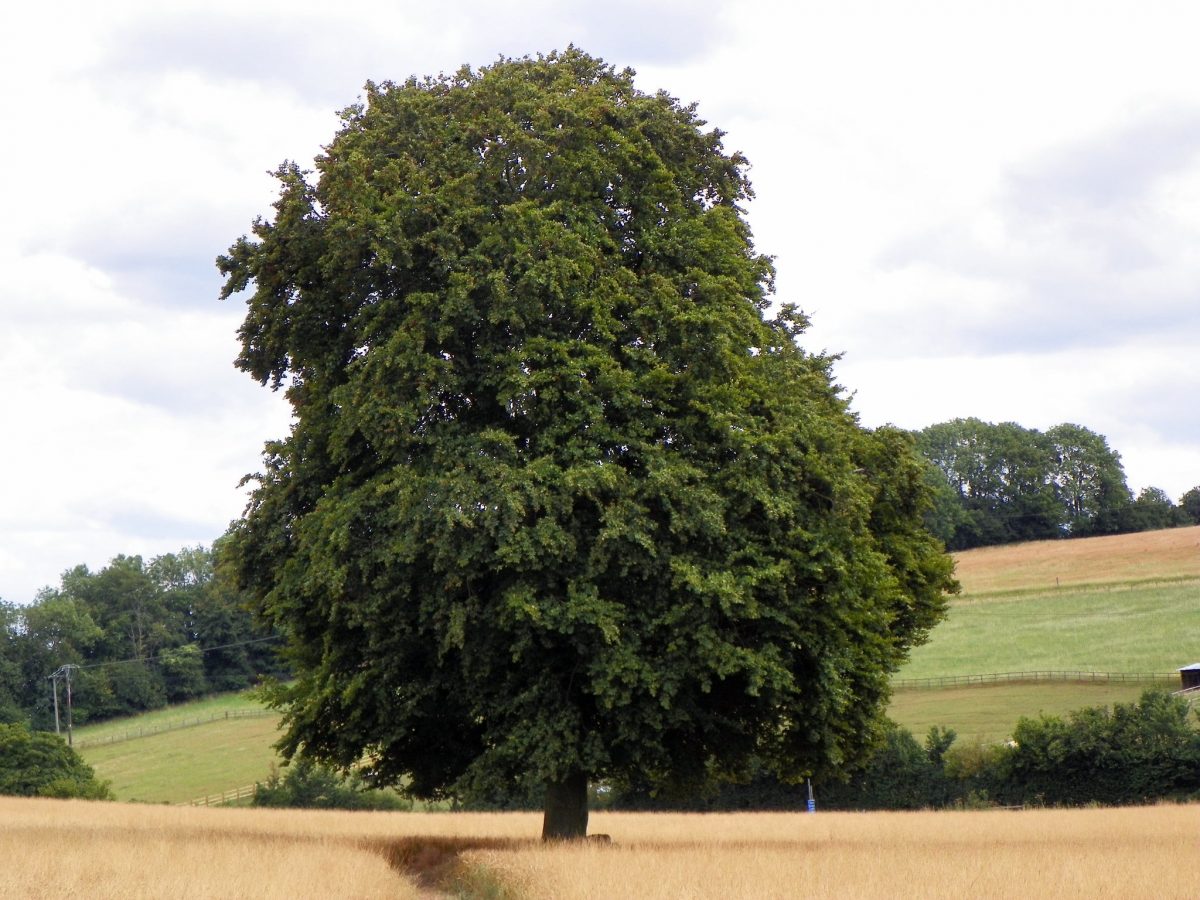 El common beech or European is a deciduous tree of slow growth and long life -it can exceed 200 years of age- that reaches 30-40 meters in height. Its trunk is straight, almost like a pillar, with a cylindrical bearing. The crown is very wide, populated by simple, oval leaves that are green or reddish-brown depending on the variety or cultivar.

It grows in temperate regions, in fertile, deep and cool soils. It withstands frost and snow without problems as long as it does not occur in spring. It resists up to -20ºC.

El rosewood it is a tree that may or may not lose its leaves. Everything will depend on whether the winter is cold or not. It reaches about 15 meters in height, although it can reach 20 meters. It develops a wide crown, with bipinnate green leaves. But, without a doubt, what is most striking are its flowers, which bloom in spring and are a beautiful lilac color.

It is widely cultivated in tropical, subtropical and mild temperate regions, such as the Mediterranean coast for example. It withstands occasional and weak frosts of up to -2ºC, but it needs protection against the wind.

The white mulberry is a deciduous tree that reaches 15 meters in height. Its leaves measure about 5 centimeters wide and tall, and are ovate in shape. These are green, but can turn yellow in the fall. It flowers in spring, and produces fruit a month later.

It is widely cultivated especially for its leaves, since they are the food of silkworms. It grows in places where the climate is temperate, and it resists down to -18ºC.

El oak It is a deciduous tree that It can reach a maximum height of 40 meters., with a very wide crown of up to 6-7 meters in diameter. Its trunk is more or less straight, although it can twist a little with age. The branches are somewhat tortuous, and green, lobed leaves sprout from them. In autumn they turn yellow, orange and/or reddish before falling.

It grows in soils poor in lime, slightly acidic, and fresh. It also needs regular rain, since drought is one of its worst enemies. It resists up to -18ºC.

El broadleaf linden It is a deciduous tree that grows in Europe. It develops a pyramidal crown, populated by green leaves and with an ovate shape. These fall in autumn-winter, but before that we will see that they turn yellow and finally brown. Its flowers are small but smell very good, and they bloom in spring.

It can reach 30 meters in height, although the most normal thing is that it does not exceed 24 meters. In addition, it resists frost down to -20ºC, so it can (and should) be outside all year round.

Do you know other types of leafy trees?

Full path to article: Gardening On » Gardening » Botany » What is a leafy tree and what types are there?