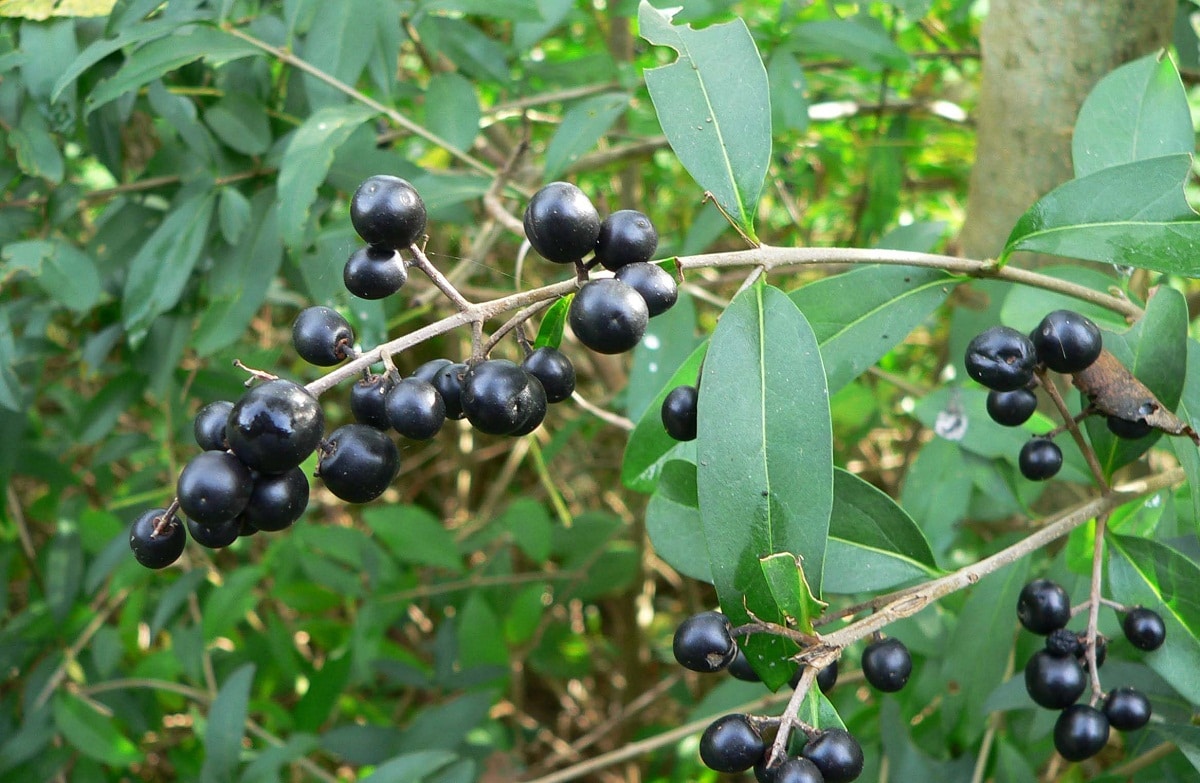 Ligustrum vulgare, also known by the common name of Privet, this plant is part of the Oleaceae family and is native to the Orient, Malaysia and the northern part of Australia.

It is a long-lasting shrub that is capable of growing with direct exposure to the sun and also being in the shade. It is a tree that can adapt to any type of soil without any problem, apart, it resists contamination quite well.

This tree is especially used for decorative purposes, giving a better look to the garden, either in a natural wall form or in the interior of the house in the form of bonsai.

Generally, the privets usually measure between 4 and 8 meters, its glass has a round and leafy shape. Regarding the trunk, it has a not so smooth grayish bark and quite noticeable lenticels.

Moreover, its leaves are opposite and spear-shapedThey measure between 7 to 12 centimeters and are very similar to those of the olive tree. Its upper surface is lustrous green, while its underside has a paler hue. The petiole has a brown to reddish color that measures less than 2 centimeters long and its limbus has between and 8 pairs of veins.

Its flowers are white, a despite being quite small they are used mainly as decoration, gives off a lot of aroma and they are grouped in the form of clusters with which you can decorate the interior of the house and also the garden. Normally, the flowering process begins at the end of the spring season and the beginning of the summer season.

This plant it also produces fruits, which have a fairly dark black color, while their shape is similar to that of a berry, but with the size very similar to that of a pea. The fruit of this bush is not usually used since it is very toxic, so it is advisable to keep it away from children and pets.

The cultivation process can be carried out through seeds or by cuttings and it is recommended to start its cultivation during the first days of spring.

Cultivation by seeds: the first thing is to make a hole in the ground where you are going to plant, make sure it is at least twice as deep in relation to the size of the seed.

Then, put the seed into the hole and cover it with a mixture of soil and compostIf you are going to plant several of these seeds, you must keep a distance of at least 60 centimeters between each one. Finally, you should water the area every day, but avoid using too much water so as not to drown the seeds.

In the case of cuttings, you should do the following, first of all you must obtain the cuttings of a privet plantFor this, use a gardening scissors that is sharp and clean. To make this tare even easier, you can purchase the cuttings directly from a specialty garden store.

Now, you must make a hole in the ground at least about 10 centimeters wide and 8 centimeters deep, the number of holes will depend on the cuttings you want to plant. To end, cover the cuttings with a mixture of soil and compost.

It is very important that you keep a distance of at least 60 cm between each cutting and also, you must wait until a week to start watering them.

Taking care of one of these beautiful bushes is not something too difficult, the essential thing is to be very patient and pay close attention to each of the growth phases. The most important aspects when caring for a privet are the following:

Despite being one of the most essential factors for the good development of most plants, people usually forget it. Among the aspects that you should keep in mind, is that these plants do not fully withstand very cold temperatures Nor is it excessive exposure to sunlight, so it is advisable to plant it in an area with semi-shade.

Besides, as we mentioned at the beginning, privets are plants that can grow a few meters, so the ideal is to plant them in an area that does not limit their growth and that is large enough to develop correctly.

Watering is very important when it comes to large shrubs. What ever you should keep in mind when it comes to irrigation, is that during the summer season you must water the plant frequently, since we are talking about a time of year when it is hotter and the soil tends to dry out more quickly, on the other hand, during cold seasons such as winter , watering should be more moderate.

The composting process should be done during the spring time preferably and you should use light natural compost such as compost. Regarding the substrate, the privet can be grown in a wide variety of soils. It generally adapts quite well to all types of land and this is one of the reasons why it has become one of the most popular shrubs.

However, privets prefer fresh soils, which are fertile and also have excellent drainage, which is also essential when it comes to their growth. In much of the time, this species is usually planted as a hedge, which means that they resist formation pruning quite well.

This process should be carried out at least 2 or 3 times each year. Similarly, you can do maintenance pruning to get rid of some parts of the tree that don't look good or that you just don't like.

Since it is a tree that gives off a rather pleasant scent, this can attract various insects that can be harmful to the privet. To eliminate them, it is best to use an insecticide product which you should spray only in the area where you spotted the insects and to prevent the bush from being attacked again, you should always be vigilant.

One of the most common pests when it comes to privets is the Caterpillar. This larva usually hides inside the branch of the plant to feed on it. So you should always pay close attention to the branches, since caterpillars really like to make their nests between the stems of the leaves.

These plants are used specifically as a decorative element, they can be pruned to form a natural wall that you can place on the outskirts of your garden or also, you can use it as a hedge and turn it into a bonsai to decorate the patio of your house.