What are the pests that peppermint can have? The truth is that, luckily for all of us who love aromatic plants, this is one of the easiest to care for, since it resists drought very well, and also, it is not usually attacked by insects as much as others.

Despite the sweet aroma of its leaves, it is difficult for a well-cared-for plant to end badly. But just in case, it is better to always be a little vigilant, because although it is difficult, this does not mean that you cannot get sick. So Let's see what are the pests of peppermint.

La mint It is one of the most appreciated aromatic plants in the kitchen, so we want it to be as healthy as possible all the time. Unfortunately, we must bear in mind that, although it is very resistant, it is still a living being, and If at a given moment the conditions of the place favor the pests more than the plant itself, they will attack it.

To prevent it from suffering serious damage, we are going to talk about what are the peppermint pests, and how to treat them:

La White fly is a tiny insect feeds on the sap of many plants, including mint. In addition to that, it secretes a honeydew that attracts a fungus: the bold, which covers the leaves with a blackish powder. But despite what it may seem, we should be more concerned about the insect and not so much about the fungus, since only if we eradicate the plague, the fungus will end up disappearing.

And we will do this as soon as we see one, either flying through the foliage or resting on the underside of the leaves, for example with diatomaceous earth (for sale here!) or with fairy.

Caterpillars are animals that they can end up devouring the entire plant if we are not careful. As soon as we see that it has perforated or chewed leaves, we will have to treat it immediately with a chemical anti-caterpillar insecticide, or with an ecological one that contains the bacteria Bacillus thuringiensis (as this) which is very effective against them.

Still, sometimes it's best to give it a good peppermint pruning, so that new stems sprout. But we recommend doing this only if it is really bad, that is, only if we see that it has very few leaves left. 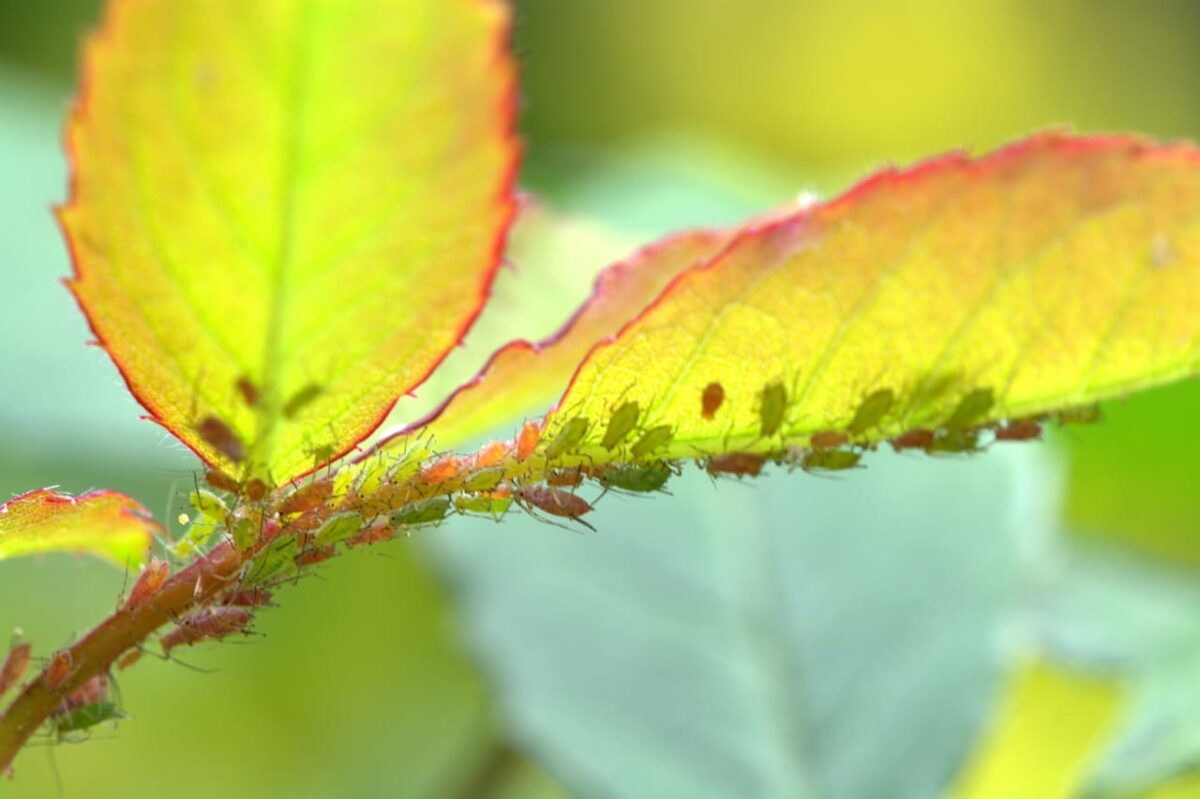 El aphid It is one of the most important pests that affect a wide variety of plants. Like the white fly, it feeds on the sap of the leaves, but also on some flowers -The peppermint ones, fortunately, do not usually turn out to be appetizing-.

It is a tiny insect that can be yellow, black, orange or bluish depending on the species, which not only does it have a voracious appetite, but it also multiplies very quickly. And as if that were not enough, they also secrete a molasses, which attracts ants. So if a plant has ants, it probably has aphids too.

La roya It is not a plague, but a disease since is caused by a fungus and not by insects. Even so, we want you to also know the damage that this causes in mint. And it is that the symptoms can be confused with others, because what happens is that the leaves appear with yellow or orange spots on the upper part of the leaves.

Like all fungi, rust favors high humidity and mild or warm temperatures, so it is more likely to see it after it has rained for several days in a row, or if we have the habit of spraying its leaves even if we live in an area where the air humidity is high, such as on an island.

Is there any treatment? There are things that can be done, yes. The first and most important is to treat it with a fungicide that indicates that it is effective against rust, such as this. We will do this late in the afternoon, when the direct sun no longer hits it.

And also I advise planting mint in well-drained soil, so that its roots do not have problems again. If it is in a pot, we can put a universal substrate mixed with 30% perlite; and if it is in the garden and we see that the soil is easily waterlogged, we will remove it, make a hole of at least 50 x 50cm, and fill it with a mixture of peat and perlite in equal parts.

Thus, surely the peppermint will be able to recover from pests and rust. But yes: it is important to give it time, especially if it has suffered serious damage. But with a little pampering, you may end up recovering just fine.