Is it possible to have a potted rhododendron always? Of course yes! It is a plant that tolerates pruning very well, so if we want to grow it in a container, we can do it without problems. But it is important to provide him with the care he needs to be well, otherwise we would risk losing him.

So If you have just bought a rhododendron or are planning to do so, take note of our tips so that your plant is beautiful always, and not just newly acquired.

Outside or inside? And where to put it?

The first thing we have to ask ourselves is if the rhododendron is a plant to have outside or inside the house, because its well-being will largely depend on it. Therefore, we have to know that the most cultivated species, such as the rhododendron ferrugineum or Rhododendron ponticum they grow mainly in mountainous regions: the first in Asia, and the second in Turkey and Spain. Therefore, we are talking about plants capable of withstanding the cold well, that do not fear frost, which is why they should be kept outside all year round. 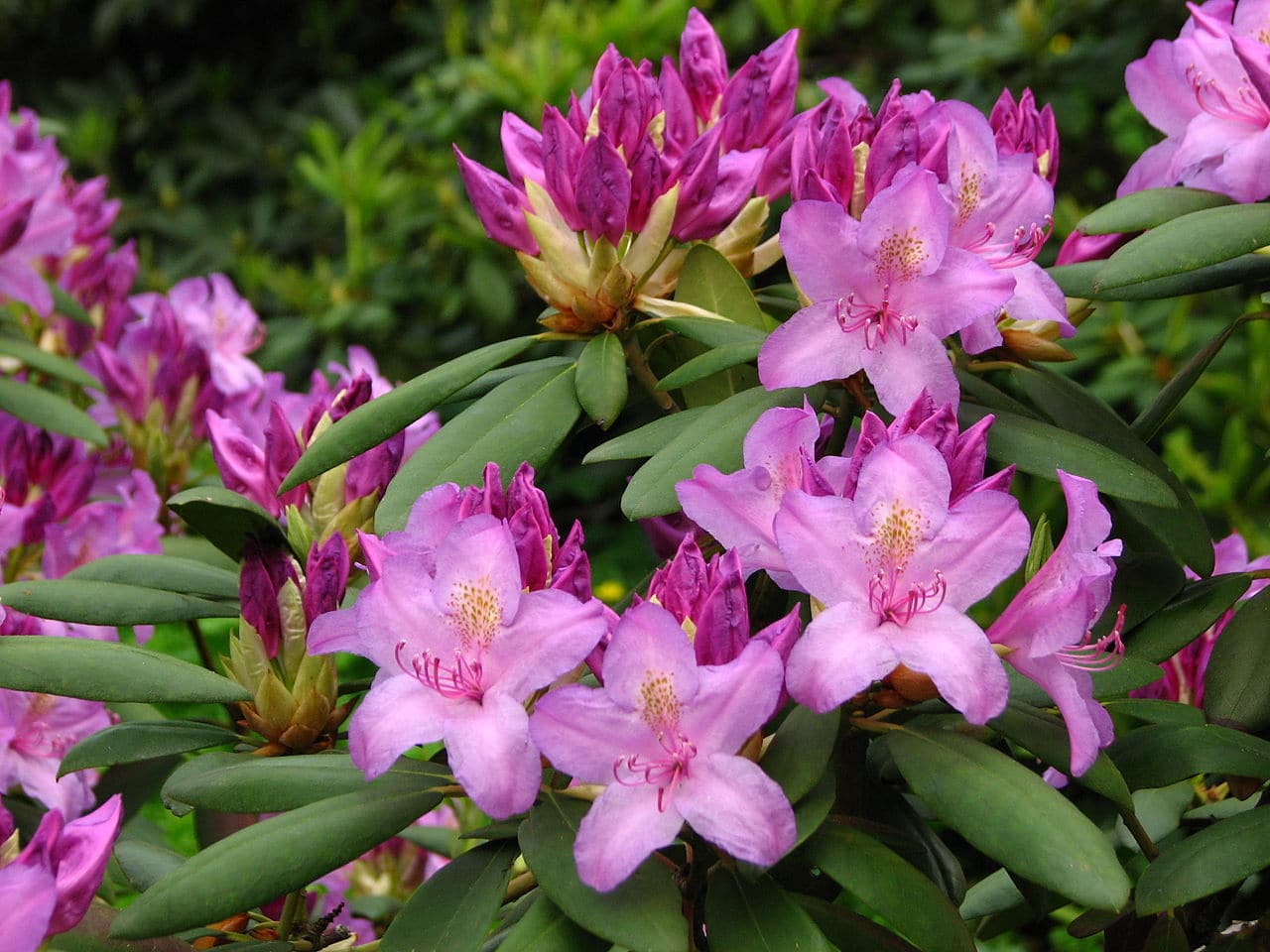 But where exactly? In a sunny or shady place? Well, it will depend on the climate in the area: if it is Mediterranean, it is preferable that they be in the shade because the sun is very intense during the summer, and could burn them; but if it is temperate-cool, they can be in semi-shade.

What soil does the potted rhododendron need?

It is a acid plant. This means that only grows in acid soils, with a pH between 4 and 6. But it is also important that it be a light soil, that does not get waterlogged easily. If it is going to be in a pot, this is easy to provide: you simply have to buy a growing medium for acidic plants, such as the brands Flower or the natureplant. To get them, click on the links.

Another option would be to put coconut fiber (on sale here!), which is also acidic, and of which we leave you a video:

What pot do you need?

The rhododendron is a shrub that grows at a slow rate, that's why It must be planted in pots that are about 5-7 centimeters in diameter and higher than the one it currently has.. In other words, it would not be a good idea to put it in a 30-centimeter one, for example, if the one it has now is 10 centimeters in diameter, since it would have more soil than it needs, which when irrigated would absorb more water than the roots can absorb, and therefore there would be a risk that the plant would die from excess water.

But besides the size, it is also necessary to choose one that has drainage holes in its base, since otherwise the rhododendron would not survive. In fact, due to the accumulation of water in its roots, it would not be suitable to have it in a pot with a saucer underneath (unless it always drains after watering), nor in a larger one without holes.

When should the pot be changed?

Transplanting to a larger pot It will be done in spring, or in autumn if you want to wait for the flowering to end. Likewise, it must be done when the plant has been in the same container for more than three years, and/or if the roots come out through the holes in it. I also advise changing it if we see that it is running out of land, since this will make it grow better, with more health.

How often do potted rhododendrons get watered?

As it is a plant that does not like excess water in its roots but does not resist drought either, it is important that it is watered regularly throughout the year. During the summer it will be done more frequently than during the rest of the year, since the earth takes less time to dry. Therefore, we have to know the climate in the area, because if it rains often in spring, for example, in that season we will have to water little. But how often exactly?

Well, that also depends on the weather and how long it takes for the earth to dry out. In very hot and dry places, such as the Mediterranean where temperatures in summer exceed 30ºC, it is watered about 3 times a week during that season.. But if you live in an area where it rains frequently and/or temperatures are mild, you'll need to water less.

If you have doubts, it is advisable to check the humidity of the soil with a stick: it is introduced into the ground to the bottom, and then carefully extracted. In case it comes out with a lot of soil attached, it will not be watered since it will still be wet. Another option is to take the pot as soon as you have watered it, and again after a few days: the freshly watered soil weighs more than the dry one, so this difference in weight will help you know when to water.

And by the way, use rainwater or one that is fit for human consumption. If you have a lot of lime, it will cause you problems as you will not be able to absorb the iron. As a consequence, it would end up with iron chlorosis, something that is avoided if it is irrigated with adequate water, such as the ones I have mentioned.

Does it have to be paid?

Yes, it is very interesting to fertilize potted rhododendron from spring to late summer. To do this, specific liquid fertilizers for acid plants will be used, such as the brand Flower o Battle, though if it's specific, any brand will do. The instructions for use will always be followed so that problems do not arise; so the plant can grow and flourish.

When was it pruned?

If we take into account that the plant grows at a slow rate, it will not always be necessary to prune it. In fact, we will only do it in case we want to have it low rise, or with a wide and/or rounded cup. To do this, we will use anvil pruning shears like these that they sell here! previously disinfected, and we will cut the branches that are necessary. This we will do it in the fall, after the flowers have withered.

Likewise, we can take the opportunity to eliminate dry and/or broken branches. In this way, our rhododendron will look more beautiful.

I hope these tips help you care for your potted rhododendron.

Full path to article: Gardening On » Plants » Trees and shrubs » How do you care for potted rhododendron?