The Pyrus they are very beautiful trees with various uses. There are many species that are grown both in gardens and orchards, and even in large pots.

Every spring they produce very cheerful flowers, of a magnificent white color, and in just a few months afterwards anyone will be able to eat their freshly picked fruits from the specimens. Know them.

Origin and characteristics of the Pyrus

The leaves are alternate, oval, petiolate and sharp, with a size between 3 and 10 centimeters long. The flowers are grouped in inflorescences called corymbs, and they are white. Once they are pollinated, begin to produce edible fruits known as pomos that take on a round or pyriform shape, with sizes ranging from 2 to 6 centimeters.

The new options are the following:

Known as pyrutane or wild pear, it is a tree up to 10 meters high native to the Mediterranean forest. It produces small fruits, up to 3cm long by 2cm wide.

Known as flowering pear or Callery pear tree, it is a tree between 15 and 20 meters high native of China. Its fruits are small, less than 1cm in diameter, which is why it is not used much as an edible plant but rather as an ornamental one.

Known as European pear or common pear, it is a tree between 2 and 10 meters high native to Eastern Europe and Asia Minor. Its pears are of good size, up to 6cm, with a pleasant flavor. 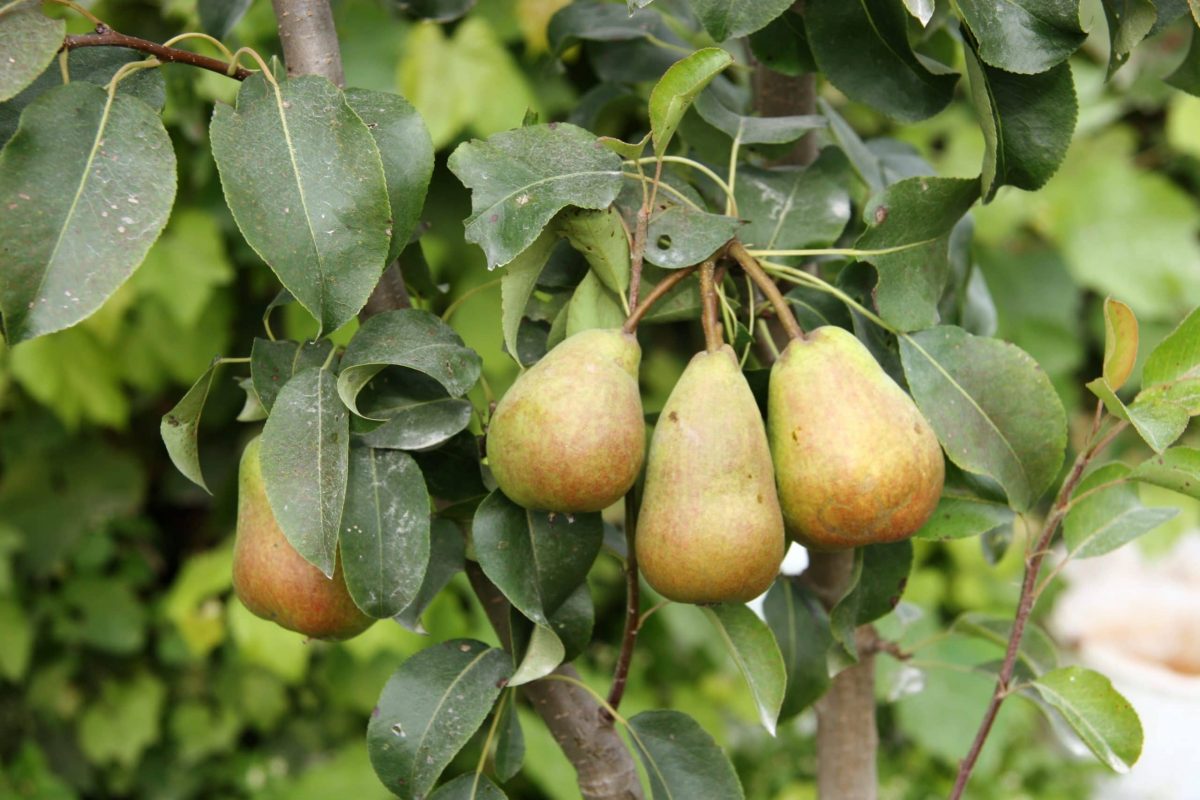 Known as the Atlantic wild pear, it is a shrub between 2 and 3 meters high native to the Atlantic region of France and the Iberian Peninsula. It is used as an ornamental plant only, as its fruit is very small and bitter.

Also known as wild pear, it is a tree up to 20 meters tall native to Central and Eastern Europe, as well as Southwest Asia. The fruits it produces measure up to 10 centimeters.

Known as nashi, Asian pear, Japanese pear, Korean pear, Taiwan pear, and apple pear, it is a tree native to Asia that reaches a height of up to 15 meters. Its fruits are very similar to apples, but this species has nothing to do with apple trees (Malus domestica). 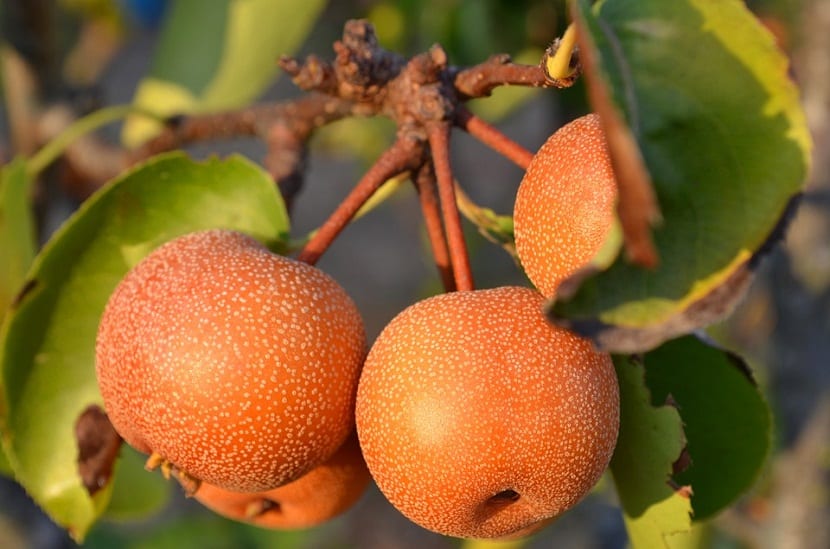 What are the care they require?

If you want to have a Pyrus or pear tree in your garden or orchard, we recommend taking care of it as follows:

Always on the outside, in full sun or in a very bright area. They are not plants that can live either indoors or in the shade. In addition, it must be taken into account that they require to spend between 900 and 1500 hours of cold in winter to be able to produce fruits.

Frequent. Water an average of 3-4 times a week in summer, and every 4-5 days the rest of the year.

In spring and summer, with organic or homemade fertilizers, such as compost, worm castings, or cow manure, among others.

In spring, when the risk of frost has passed. In case of having it in a pot, transplant every 2-3 years.

Pear trees they multiply by seeds and by grafting.

They are sown in spring, for example in seedling trays with substrate for seedlings (for sale here!). Try to put a few in each alveolus, no more than 2-3, and cover them with a thin layer of substrate. Finally, it is watered and placed outside, in semi-shade.

They will germinate in about a month.

Bud grafts are made in autumn-winter on the following patterns:

The step by step to follow is as follows:

If everything has gone well, in less than a month (normally, after 20 days) you will be able to remove the plastics. 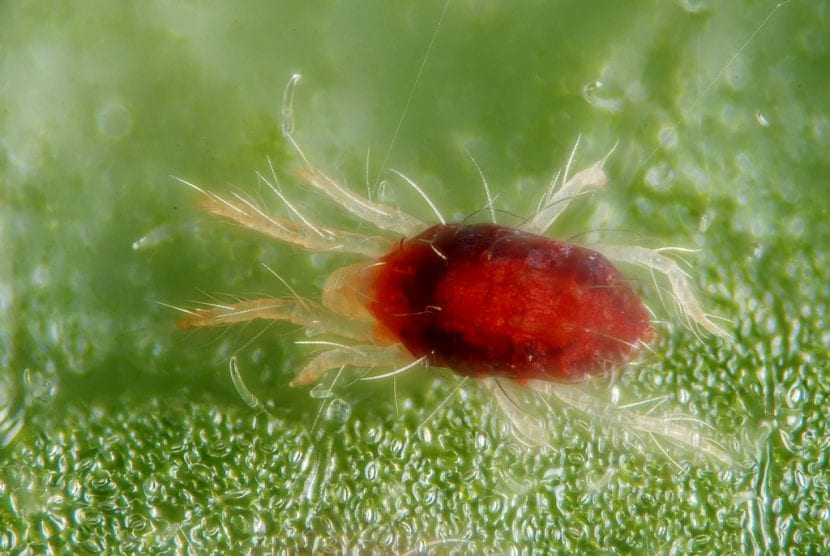 You can treat it with natural products, such as potassium soap.

Related article:
What natural products to treat pests to use?

It is quite resistant, but can be affected by mottled and decay of the pear tree.

Keeping the tree well cared for and fertilized, it will be difficult for it to get sick, but if it does, treat it with fungicides.

It depends on the variety, but between late spring and late autumn.

All Pyrus resist frosts, at least down to -7ºC, but Asian varieties can live in areas down to -18ºC.

Varieties of pears most recommended for consumption

If you are looking for a variety to plant in your garden or have in pots, take a look at the ones we show you below:

It is also known as white of Aranjuez or water pear, it produces elongated pears, with an oblong shape, and of a light green color. Its pulp is white, sweet and aromatic. The time to harvest them is towards the end of summer.

Also known as Sanjuanera or San Juan, it is a variety with high productivity with small, conical, greenish-yellow and pink pears. The meat is white, sugary, and juicy. They are harvested in early summer.

It produces pears of thick size, very elongated, greenish-yellow in color and with white-yellowish, fine and juicy flesh. It's a little sour, but it's delicious. They can be harvested towards the beginning of autumn.

It is a very productive pear variety that produces medium to large fruits with an elongated shape, waxy yellow or reddish in color. The meat is white, very fine, rich in sugar, and melting. Harvest time is early summer.

It is an ideal dwarf variety to grow in pots or in small gardens that produces green pears of good size, with white flesh and aromatic and tasty texture that are harvested at the end of the summer.

Do you dare to have a Pyrus? 🙂