In forests we find many different plants: trees, shrubs, ferns and herbs that struggle every day to capture the amount of light, and to absorb the water and nutrients they need to survive.

Therefore, if you are one of those who enjoys going on excursions to these places and would like to know the names of the forest plants, then we will tell you some of those that grow in temperate forests.

What is a temperate forest and where can we find it?

The temperate forest is found in those regions where the climate is temperate, that is, it is not hot but not cold either. East It is located between latitudes 23º and 66º from the earth. If we talk about countries, those that have this type of forest are, among others: the United States, Mexico, Spain, Germany, France and the United Kingdom in the northern hemisphere; and southeastern Australia, southern Africa, and southern South America in the southern hemisphere.

The plants that live in it are adapted to a climate where summers are mild and winters are cold with frost. Temperatures are around 30ºC maximum and -20ºC minimum, although it is important to clarify that the closer the equator is, the warmer they will be, and the further away, the colder. This means that no two temperate forests are the same, since they also do not have the same annual rainfall.

In fact, there may be dry or relatively dry temperate forests where 300-500 mm falls, and moist temperate forests with annual rainfall of 2000 mm. The sea, the orography, the altitude, the Sun, the climate of the area... everything influences the plants, their way of life, the size they will reach, the shape of the leaves, their flowering and fruiting season. ,... In short, the conditions of each temperate forest are what determine its own reason for being.

flora of the temperate forest

The plants of the temperate forest that we are going to show you are the following:

It is known as red maple or Canada maple, and is a deciduous tree native from Canada to central Mexico. Reaches a height of between 20 and 30 meters, and develops a crown about 4-5 meters wide. The leaves are trilobed, green, but turn red in autumn before falling. As a curiosity, tell you that it can live up to 200 years.

This is the common beech, a deciduous tree native to Europe. It usually forms forests called beech forests, although it can also be found sharing habitat with other species. Reaches a maximum height of 40 meters, and has simple green, purple and multicolored leaves depending on the variety and/or cultivar. It has a life expectancy of 250 years.

It is known by the name of syrian rose, and it is a shrub or small tree native to Asia that grows up to 4 meters high. It is deciduous, and its flowers bloom from spring to fall. These are white, pink, red, lilac, etc.

It is one of the plants known as wild hyacinth, although it should be noted that it is a plant with smaller leaves and flowers. It is a bulbous native to Europe that reaches a maximum height of 10 centimeters when it is in bloom. These flowers are white and bloom in spring.

Known as wood hyacinth, is a perennial bulbous native to Europe and the United Kingdom, being especially common in the latter country. Reaches a height of 13 centimeters when flowering, something he does in spring. Its flowers are lilac-bluish, and although they are small, as it grows in groups, it forms spectacular carpets before the trees fill with leaves.

It is known as Fraser's magnolia, and is a deciduous tree or small tree native to the Appalachian Mountains in eastern North America. Reaches a height of 10 to 14 meters, and develops very large green leaves, as well as white flowers that are about 30 centimeters wide. These are very fragrant and sprout in spring.

Sitka spruce, as it is called, is a conifer native to the Pacific coast of North America. It can reach a height of 50 to 60 meters, sometimes up to 100 meters, and develops a crown that becomes cylindrical with age. It is one of the largest conifers in the world, and also one of those that live near the Arctic.

Known by the name of wild rose, is a thorny deciduous shrub native to Eurasia and Africa. Reaches 2 meters in height, and develops stems that tend to hang down as they grow. The flowers measure about 2-3 centimeters in diameter, and are white or white-pink.

This is the scientific name of the bramble or blackberry. It is one of the fastest growing temperate forest plants, as it can grow at a rate of 5cm per day. As its stems are protected by thorns, it has no rival to stop its "feet". The good thing about it is that its fruits, the blackberries, are suitable for human consumption, and nowadays it is also possible to find a variety without thorns to have in gardens and/or orchards. 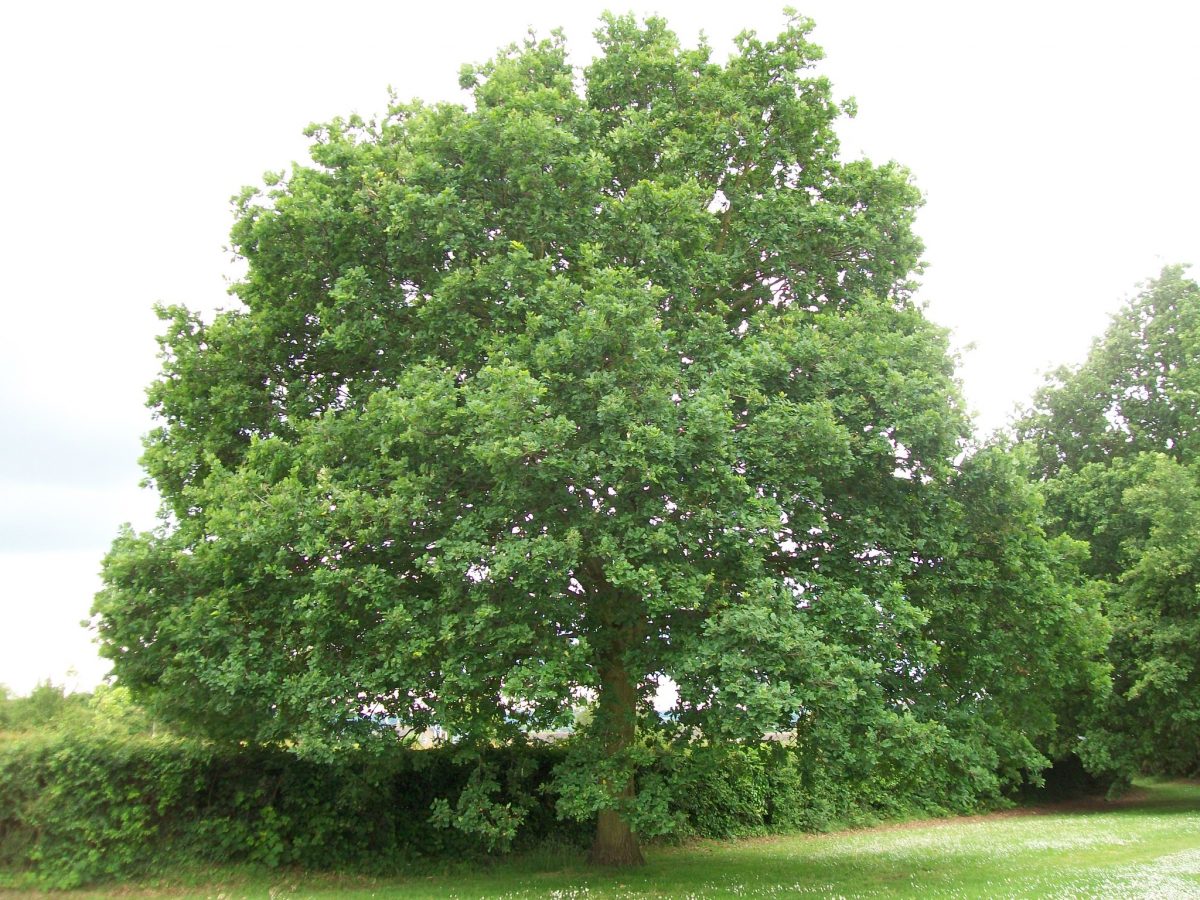 It is a deciduous tree known as oak, carballo or ash oak originating from practically all of Europe and the United Kingdom. It can reach a height of between 10 and 30 meters, and develops a wide leafy crown of 4-5 meters.

Which of these temperate forest plants did you like the most?