Diatomaceous earth It can be used as a household insecticide, for animals, in the garden and some other uses. This product is quite useful and versatile in many aspects as we will see below and the best of all is that it is a fairly effective ecological product.

One of its great advantages is that it does not affect animals or people and has numerous other applications beyond the garden. What applications and uses does diatomaceous earth have?

First, in order to explain the uses of diatomaceous earth, I have to explain what it is. Diatoms are fossilized unicellular algae that have a silica coating. In what the diatom helps us, is that by having this silica coating, when it comes into contact with the insect that tries to attack our crops, it pierces their layer of keratin that covers them and causes their death by dehydration.

To recognize it, diatomaceous earth is a white powder very similar to talcum powder, which is usually applied dusted. It can also be diluted in water to make certain applications easier.

We have already mentioned that it is a good insecticide for all kinds of insects. Being an insecticide that acts mechanically, as it breaks the keratin shield, insects cannot adapt and generates resistance to it. This happens with other chemical insecticides, which over time becomes less effective.

One of the great advantages in the use of diatomaceous earth as an insecticide is that since it is composed of algae, it is completely biodegradable, it does not leave any type of toxic waste, so it can be used perfectly in urban gardens, spaces public areas and passageways for people and animals, since it is a harmless insecticide.

It can also be used to deworm some animals.

One good thing I have found about diatomaceous earth is that it fights pests that many other insecticides have problems with, such as snails or nematodes. Not only does it act almost immediately, but by sprinkling it over the growing area, you get a long-lasting and preventive effect.

It is very effective against certain insects such as aphids, mealybugs, spider mites, whiteflies, snails and slugs, ants, nematodes and caterpillars.

Using diatomaceous earth as a fertilizer 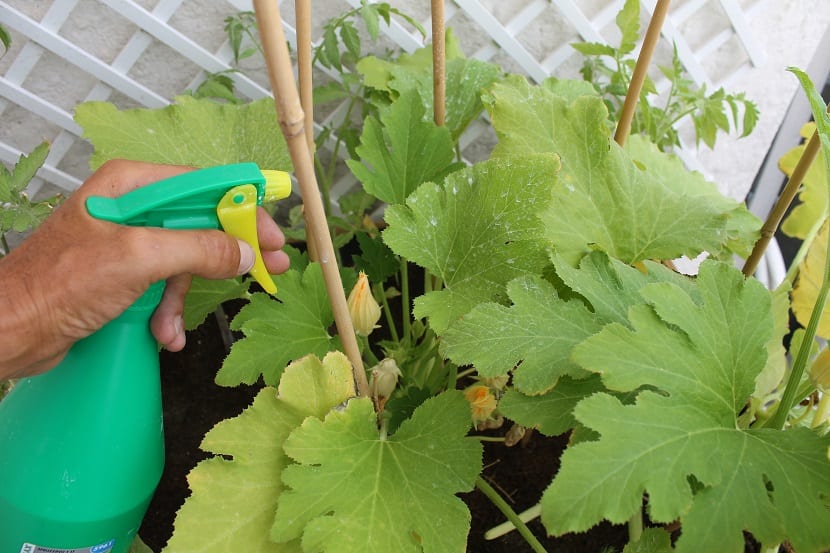 Another great advantage of using diatomaceous earth is that being composed of algae, it acts as a good fertilizer. It has many nutrients and minerals found in other fertilizers that are based on nitrogen, potassium, and phosphorus. This is the food base for many plants.

In seedling greenhouses, diseases caused by humidity and temperature conditions can be prevented by sprinkling diatomaceous earth on the seedlings. High temperatures and humidity can be a great focus for fungi and bacteria.

To deworm your cat or dog, you must dilute a tablespoon of diatomaceous earth in a liter of water and apply it to the animal's skin. This helps prevent the presence of fleas without risking the health of the animal since it is harmless.

Using diatomaceous earth as a deodorizer

It is used to remove bad odors from places such as a cat litter box. It will keep the sand cleaner for longer and keep bacteria away.

Finally, it can be used for other uses such as pest prevention in poultry houses and stables, against lice and for flea control. In this way we can maintain the good health of our chickens. In addition, against lice it is only necessary to add 1% of the bottle of diatomaceous earth shampoo to have an effective treatment against lice.

As you can see, diatomaceous earth is a very useful ecological product for many areas.

Full path to article: Gardening On » Gardening » The different uses of diatomaceous earth