The Plant Kingdom is made up of various types of plants, with trees and shrubs being the most frequently confused; not surprisingly, both have woody stems and flowers that are usually very showy.

However, they have other characteristics that make them unique. But, which are? If you want to know what the difference is between a tree and a bush, don't miss this article 🙂.

What is a tree?

The tree is the quintessential plant in every garden. It can grow several meters in height (sometimes it reaches 30, as the Horse Chestnut or Fake banana maple, at 100m like the Redwood), and depending on the species it gives a very good shade and / or produces large and / or very showy flowers.

It is characterized by having a single woody stem, called a trunk, which branches at a certain height. The term "tree" refers to those plants that reach a certain height, although one has not yet been established. Some say two meters, others three, and others five.

It produces new secondary branches every year, which sprout from the trunk that measures a minimum of 10cm in diameter in adulthood.. It has a clear apical dominance, that is, the main branch can be clearly distinguished.

Life expectancy is the longest in the plant kingdom, being able to live more than 4000 years, the species being Pinus longaeva the one who lives the longest. In fact, there was one who was calculated 4900 years.

There are even others, which are marcescent. These are deciduous species from temperate climates, but when their leaves dry, they remain on the tree well into winter, sometimes even into spring. This is the case, for example, of the Quercus or the Fagus. Therefore, we are going to see some examples of trees:

El Taxodium distichum is a deciduous conifer native to the southeastern United States. It has a trunk that grows up to 40 meters high, with a crown that can be more or less narrow depending on where it grows (that is, if it has other trees nearby, it will not be as wide as if it is a solitary specimen with a lot of space to your surroundings). In addition, in marshy terrain it emits aerial roots that are known as pneumatophores, which help it breathe.

The branches are horizontal, populated by green needle-like leaves that turn yellow in fall if conditions permit. The fruits are cones, which can be male or female, and the seeds are triangular, about 4-7mm long. 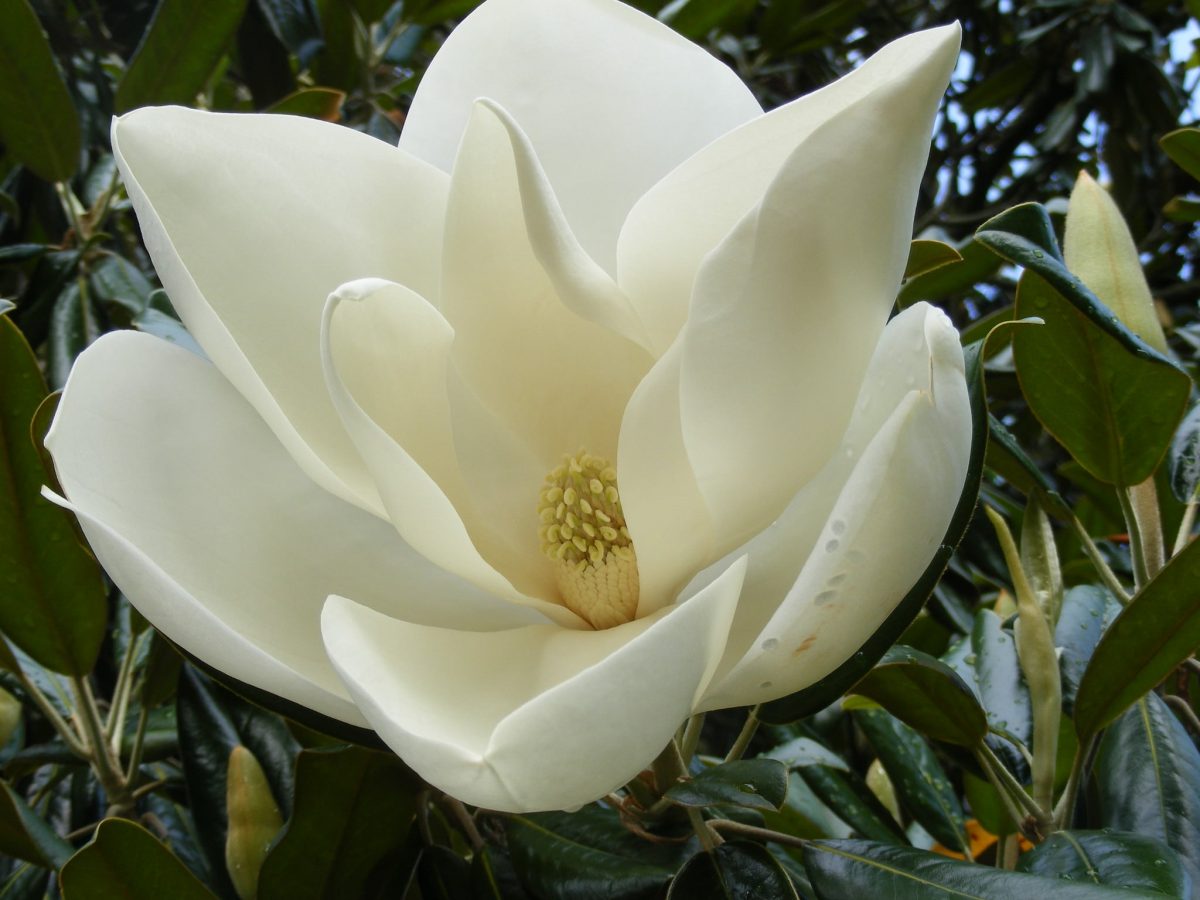 La magnolia grandiflora It is an evergreen tree native to the southeastern United States that is widely grown in temperate regions of Europe. It reaches a height of 35 meters, and its trunk branches from the base. Its leaves are quite large, up to 12 centimeters wide, and dark green in color.

Its flowers can measure up to 30 centimeters, are white and smell wonderful (and this I say from my own experience). The most interesting thing is that it blooms in a pot, and even if it is young. I have one that did not reach a meter in height and began to bloom a year after I bought it. It is an incredible plant, in every way. Highly recommended. 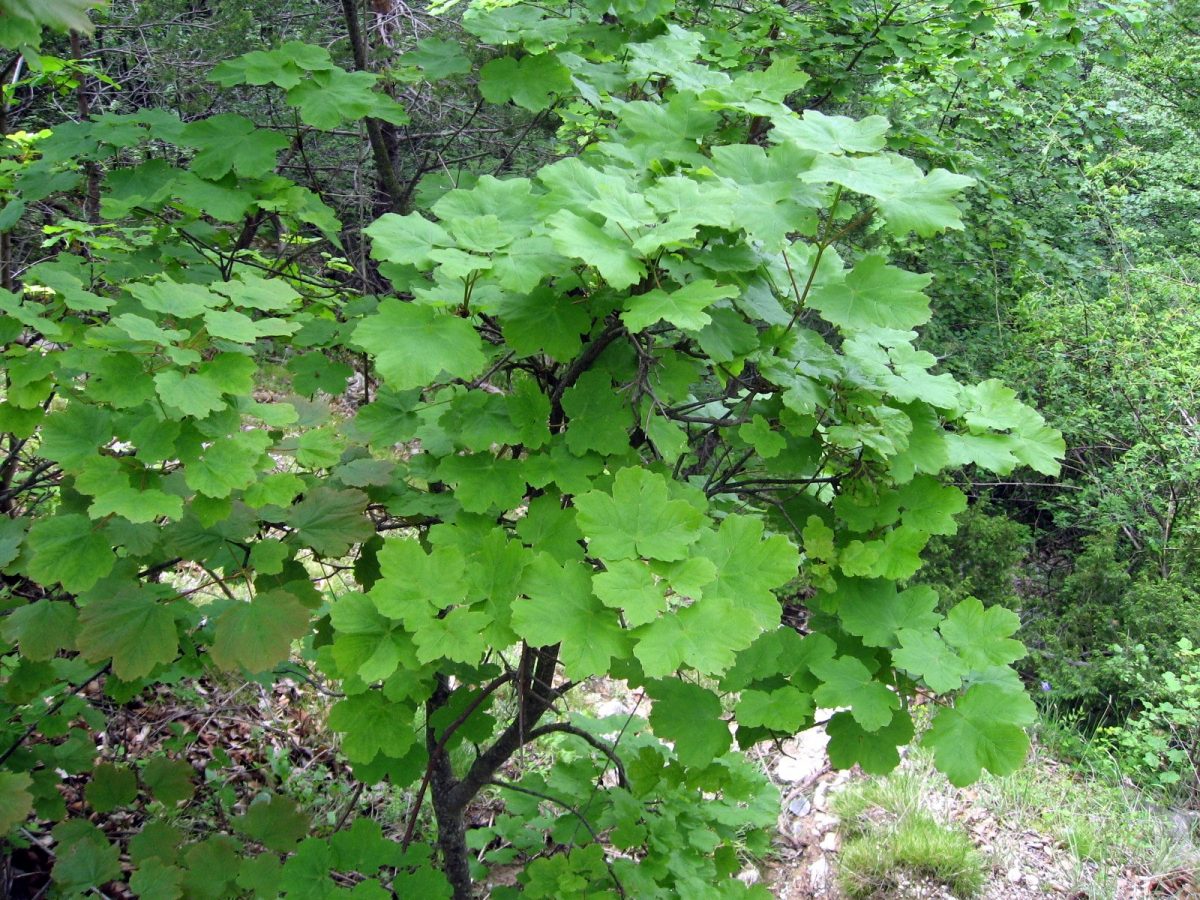 El acer opalus is a deciduous species native to southern and western Europe, and northwestern Africa. In Spain we find two types: Acer opalus subsp opalus, which lives in the eastern half of the Iberian Peninsula, and the Acer opalus subsp garnatense (sometimes called also Acer garnatense) that prefers the Mediterranean region, even being found in some points of the Sierra de Tramuntana (island of Mallorca).

It can reach a height of up to 20 meters, with a trunk of up to 1 meter. Its leaves are palmately lobed, green in color, although in autumn they turn yellow before falling. Its flowers are yellow, and the fruit is a winged disámara (that is, two samaras joined at one end) that is about 3-4 centimeters long.

What is a bush?

If the tree is, so to speak, the one that forms the structure of the garden, the bush is the one that complements it. It looks very good in any corner, since it also produces flowers of singular beauty. But what are its characteristics?

This plant, unlike the tree, it does not stand on a single woody stem, but rather from several by branching from very low height, sometimes from ground level.

There are many species of shrubs, but I cannot tell you the number of the species since I have not found it (if you know, please say so in the comments). What I can tell you is that there are so many that every garden can have its own. These are some examples: 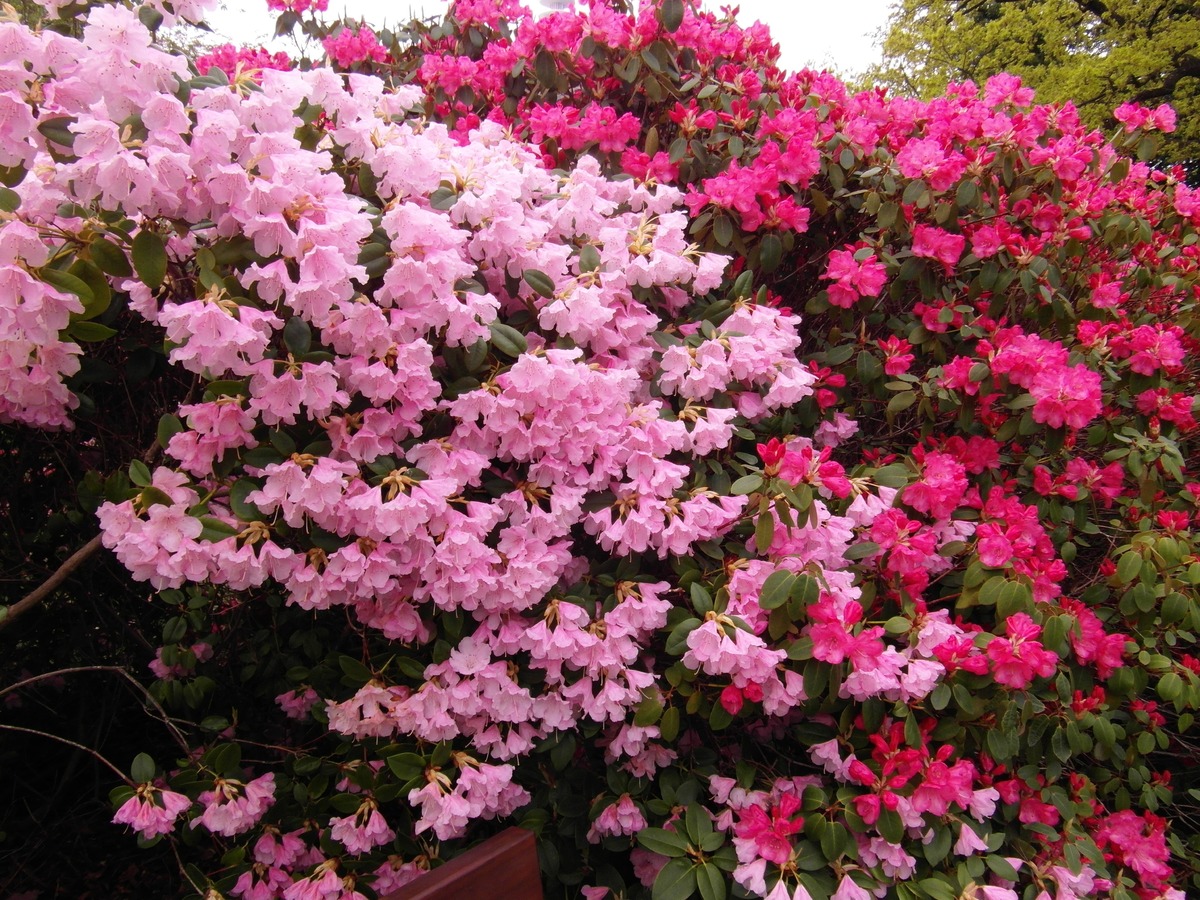 Azaleas can be of two species: Rhododendron simsii o Rhododendron japonicum. In any case, they are normally evergreen shrubs (although there are evergreens, which are those that belong to the Tsutsuji group), originating mainly from East Asia (China and Japan, to be more specific).

They reach a height of about 20 to 60 centimeters, depending on the variety and cultivar, and have green leaves on the upper side. The flowers have a very high ornamental value, as they measure about 2-3 centimeters, they can be single or double, and of very varied colors (red, white, yellow, pink). 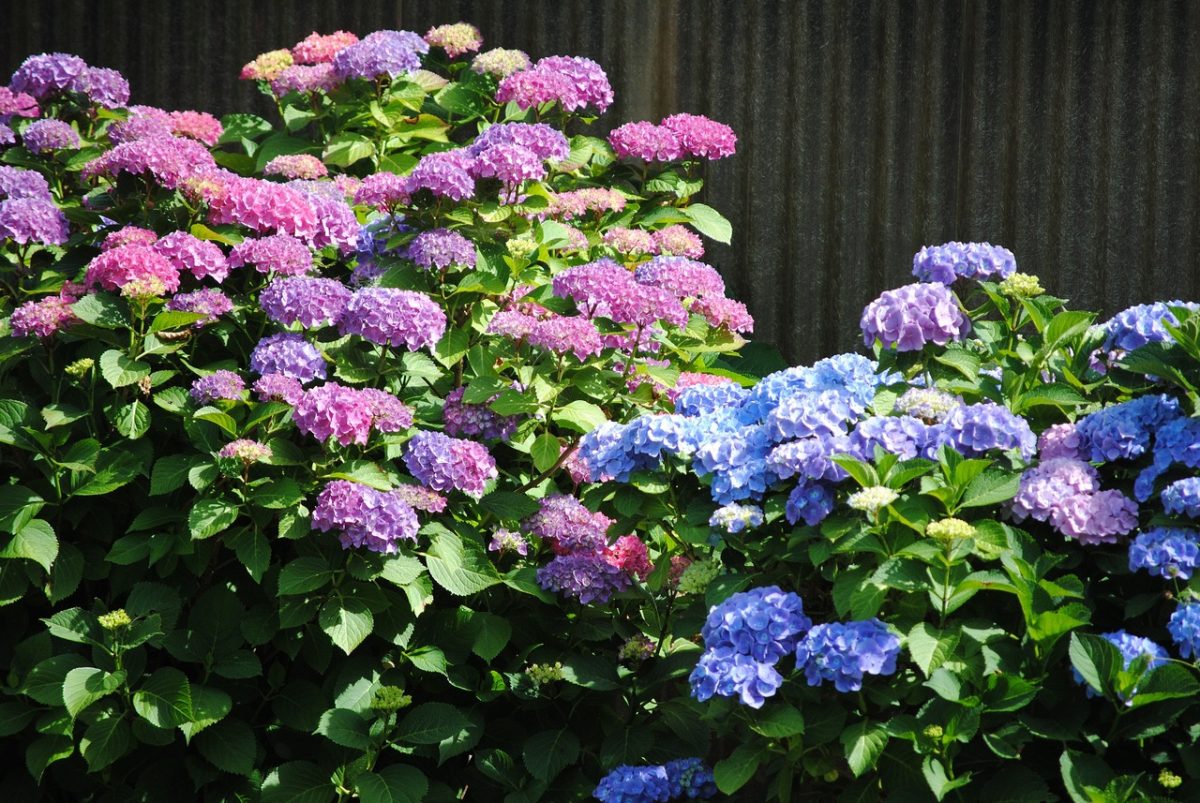 La Hydrangea macrophylla It is a deciduous shrub native to Japan, widely cultivated in temperate regions around the world. It is a plant with a height of between 1 and 3 meters that branches from its base, with oval leaves up to 20 centimeters long. Its flowers are grouped in terminal corymbs, blue, white, red or pink.

El Teucrium fruticans It is a highly branched evergreen shrub native to the Mediterranean region. Reaches a height of 50 to 200 centimeters, with very thin stems from which ovate leaves sprout, olive green and pubescent or glabrescent on the upper side, and whitish on the underside. The flowers are grouped in cluster-shaped inflorescences, and are of a beautiful lilac color.

Did you find it interesting?

Full path to article: Gardening On » Gardening » Botany » What is the difference between a tree and a bush?