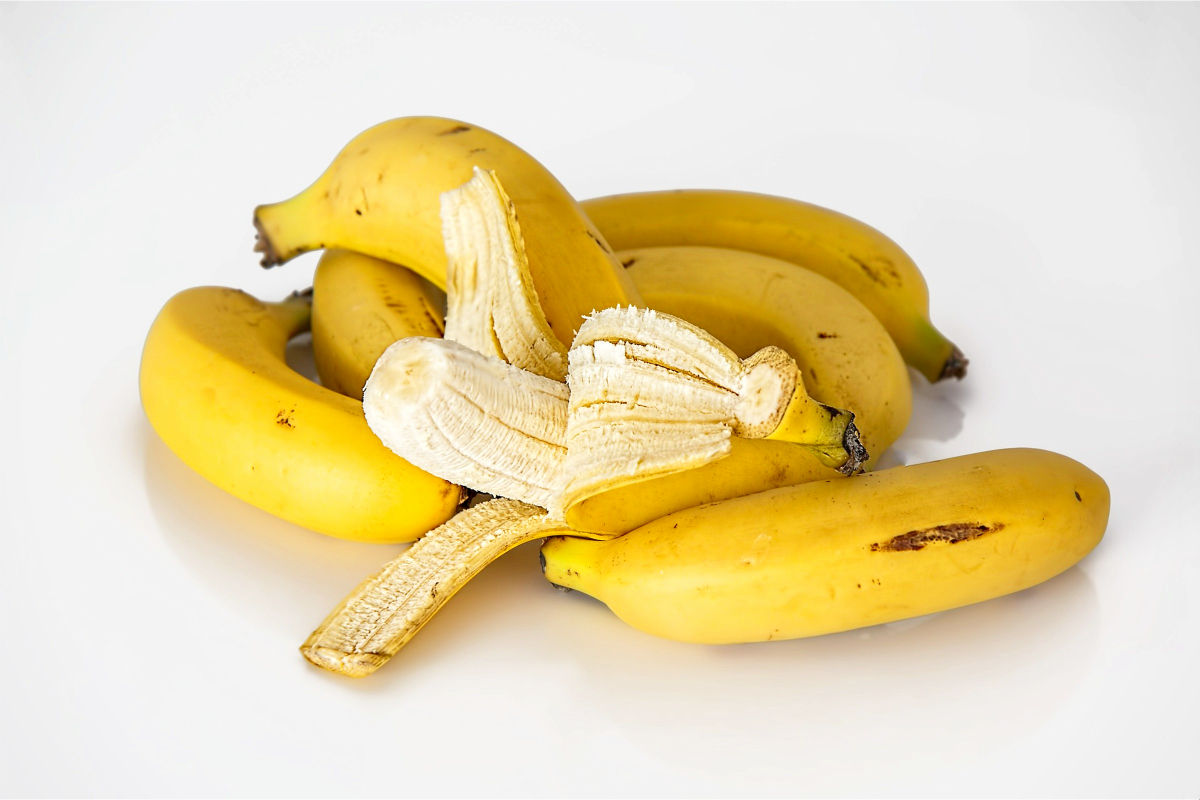 When is the banana harvested? This delicious and satisfying fruit comes from a very fast growing herbaceous plant that only needs sun, plenty of water and protection against frost. It is so easy to care for and so beautiful that it can be kept in a pot as an ornamental plant for many years.

However, when it bears fruit, it is not unusual for its caretakers to have many doubts about when is the time to collect your fruit. Do we have to wait for it to finish acquiring its characteristic color or is it taken earlier? Let's find out.

What are banana trees? 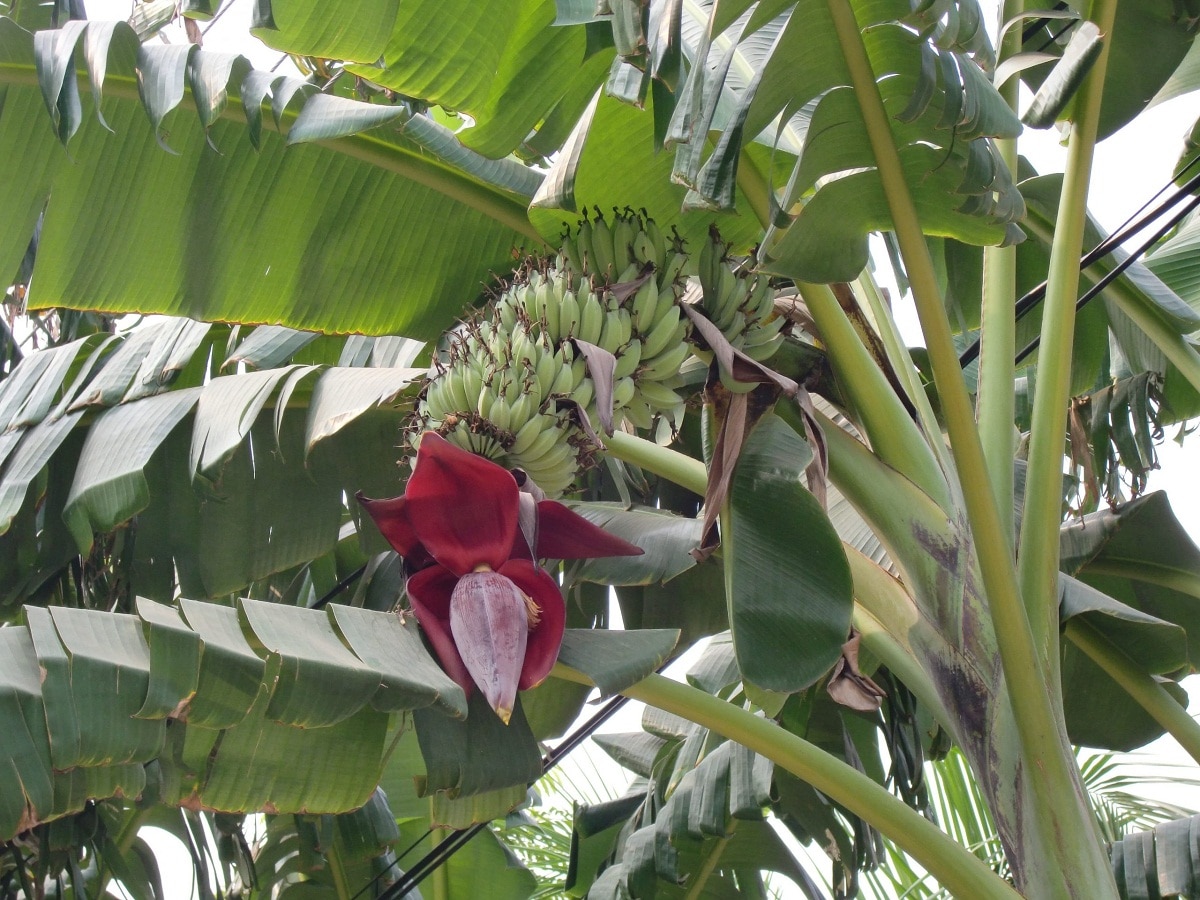 Our banana trees They are rhizomatous herbaceous plants that bear fruit, that is, bear fruit in mid / late summer depending on the species and its cultivation. Therefore, when we see that its fruits begin to develop, we can be sure that in a matter of a few weeks we will be able to collect them to consume them.

Now, when is the exact moment? The truth is that it depends. There are those who cut the bunch still green for transport and also, to avoid that the bananas end up on the ground. But this is a problem, because when they are separated from the mother plant, it stops feeding them, that is, it stops supplying it with sap loaded with nutrients, which is what in the end makes them taste good.

Are all bananas harvested the same way?

We already mentioned it but now we explain it in better detail. It happens that around the world, in areas that are not cold, you can grow bananas. Today around 10 different species of banana are known, so there are differences between them such as size, taste and even in the plant itself there are differences.

So because of this great variety, we can say that each of them has its way of being cultivated and harvested, and among the best known banana species are:

Unfortunately this is a variety of banana that today it is extinct, since it disappeared due to various monoculture disasters. The fruit was widely spread throughout Europe and the United States. This caused Latin American countries to start their cultivation in the same way.

It is considered the smallest of all the varieties of banana that exist. The truth is the taste of this fruit is very sweet even though it is quite small in size. And perhaps because of how sweet it is, it is usually used for baking purposes or preparation of natural drinks.

This is the most common of all, especially in Latin America since it is the most traded and consumed. Unlike the previous variation, are larger and less sweet and the advantage is that it can be consumed when the banana itself is at different ripening points.

It is widely popular and consumed in America but thanks to this popularity, it has managed to spread to Europe. The skin of this banana is quite thick and its flavor is somewhat peculiar since it is reminiscent of the taste of raspberry. It is rich in vitamins, minerals and other vital nutrients for people.

Now, you may wonder why we mention all this. The answer is simple, almost all bananas have different ways of harvesting or gathering. Although almost every variation of banana has a similarity when it comes to doing this.

What is the best time to harvest banana?

To know this, you must first know the type of banana you want to collect, since each of the types has a different growth and maturation rate. But generally, this fruit is harvested when it has reached its maximum size and it begins to change color from the top to the bottom.

The normal thing is that in the case of the banana, a change from the characteristic green color of the fruit to a yellow one. This is indicative that in the next few days the fruit will be ready to be harvested.

Although to tell the truth, the collection of bananas varies and depends on the purposes they serve. For example, if it is for consumption, you have to wait for most of the bananas to acquire a yellow color and then cut the bunch that contains the fruits.

Although this also depends on who is doing the harvesting, since it is possible to cut the bunch even when it is green and let it ripen on its own. Some tend to line bananas with newspaper to speed up their ripening., others let it pass by itself.

The truth is that opting for this last option, that is, cutting the banana while it is still green can greatly influence the flavor of the fruit. This is because you are not receiving the nutrients from the plant and therefore, its flavor will not be the same as if you let the banana ripen on the plant itself.

The exact time of harvest

Knowing it is simple. First you look at the size, then you look at the thickness and finally if there is a yellow coloration (in the case of being a male banana), if it is a dwarf banana, then you should wait for the fruit to turn yellow almost in its entirety, this will finish ripening over the days.

On the other hand, in general, a stem of a banana takes about 70 to 80 days to generate the flowers and create the fruit. Keep in mind that you can collect banana when it is more than 60% ripe. In case you want to collect this green fruit but want to eat it, you can do it, only that the preparation is different and you have to fry the green banana to be able to consume it.

As a curious fact and that we know that you will love it and it will be useful to you, almost all farmers usually collect this fruit at least two weeks before for it to fully mature.

This is because they continue to receive nutrients and it is more than necessary. It is there when ripening accelerates and two things happen, that the fruit passes its ripeness point and rots or that it falls to the ground.

This is not something you can do by simply picking up a knife and cutting where you see fit. Everything has a reason and a way of doing it. First you have to have a knife in hand and that it is as sharp as possible.

You will use this tool to cut what is considered "the hands" of the plant. This is nothing more than the stem that emerges from the trunk towards the part where the bananas themselves are located. When you go to make the cut, just leave about 15 to 22 inches of hand.

This is mainly to facilitate its transport, either manually or by means of machinery. Keep in mind that the bunch you cut has a series of banana hands, each of which will ripen at a different rate from each other.

Now, assuming that you did the cuts of the banana bunches well and you have your banana hands, you need to know how to preserve this fruit so that it does not spoil and rot. Nor is it that it requires excessive care and conservation methods.

The truth is that You just have to have them or store them in a place where the environment is cool and shady.. You can well have them inside the refrigerator and place them outside of it, but keep in mind that if you put them in a cold place, they will rot too quickly. So it is best to keep them outside and in a cool place.

Also do not have them on top of the refrigerator or near a device that generates constant heatThis will accelerate the ripening process. One last piece of information that will help you a lot is that if you keep unripe bananas with those that are, their ripening process will also be accelerated.

Full path to article: Gardening On » Gardening » Orchard » When is the banana harvested