Plants are so beautiful that all of us who like them have surely crossed our minds to decorate our house with some of them, or even create, why not?, a small potted garden. They can become a vice, a beautiful and rewarding one, to the point that one day you buy one... and at the end of the year you realize that you have ended up with more than you initially thought you would have. And of course, you do whatever it takes to make them beautiful, watering being one of the most important tasks.

Without water they could not be alive, but it would not be good to rehydrate them too much either. We have to find the middle point, the one in which the earth is kept moist so that it does not dry out, but not waterlogged. So let's see when to water indoor plants.

Know the climate of your house

This is the most important thing you have to do. It may seem complicated, but in reality it is not so complicated, believe me. And it is that You have to think that inside your house the climatic conditions are different from those outside, since the wind does not blow, and the window panes let in light but also heat.

In addition, if you are on an island or near the sea, there will surely be a lot of humidity. Anyway, to make sure, I recommend getting a home weather stationAs this. They are sold for 15-30 euros, and they are tremendously useful, since they help you to know what temperatures and what degree of humidity is in your house, something that will be very useful for taking care of your plants.

How do the climatic conditions of the house influence the plants?

Inside the house, climatic conditions can favor the growth and development of many plants. For example, anthuriums, calatheas, or others native to tropical forests, will be very beautiful in a room with a lot of light (but not direct) and high relative humidity, why? Because it is what is in its natural habitat.

But if we want to decorate the house with, for example, a cactus, which is a plant that needs a lot of light, and we put it in a room where there is little light, it will not be good. His body will etiolate, that is, it will grow towards the stronger light source and as it does so it will become thinner and weaker.

Y If we focus on irrigation, we must always bear in mind that the soil inside the house will take longer to dry, since the air does not flow and it is not exposed to the sun. If the relative humidity is also high, it will be wet even longer. For this reason, knowing both the climate at home and the basic needs of the plants we want to have is very, very important.

It is the only way to prevent them from getting sick, because if they know each other, they are put in the right place and given the care they need.

When should indoor plants be watered? 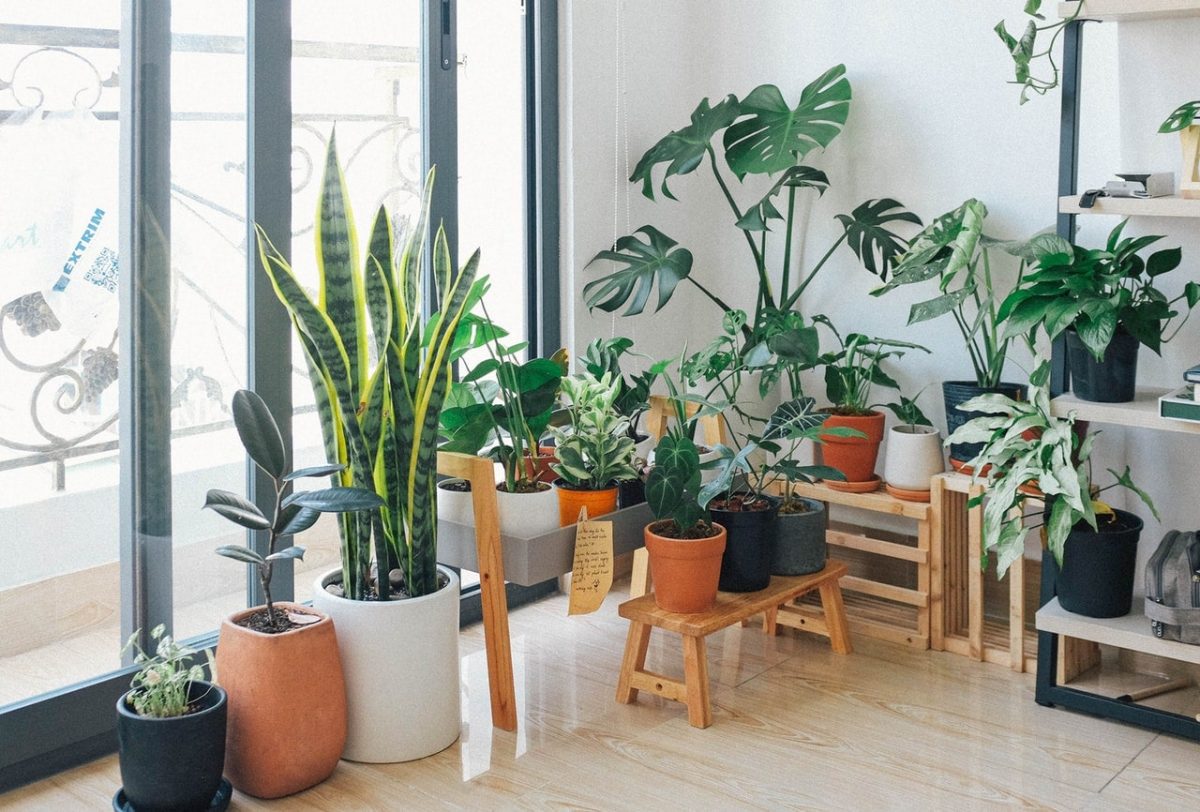 Now that we know that the climate of the house influences the plants, it is time to ask ourselves when they should be watered. And this will depend a lot on the season of the year in which we find ourselves, since during the summer the land dries out faster than in winter. Also, keep in mind that the number 1 problem that plants grown indoors can have is excessive irrigation, and it is also the most serious, since the roots suffer irreversible damage.

So, it is our duty to know when to water indoor plants if our intention is for them to last a long time. But to make it a little easier to figure it out, I recommend doing something very simple: weigh the pot as soon as you finish watering, and do it again after a few days. Dry soil is lighter than wet soil, so this difference in weight will help you as a guide.

And if you want more help, I'll tell you what I water my plants 1-2 times a week in spring and fall, 2-3 times a week during summer, and every 10-15 days in winter. But it is important that you know that temperatures remain between 10 and 30ºC (it will depend on the season of the year) and that the relative humidity is always high since I live on an island (Majorca) and I am also near the sea.

How to prevent them from having problems with irrigation?

There are several things that we can do so that they do not have problems. We have already said some of them, such as weighing the newly watered pot and doing it again later, but there is more:

What are the symptoms of lack or excess watering in indoor plants? 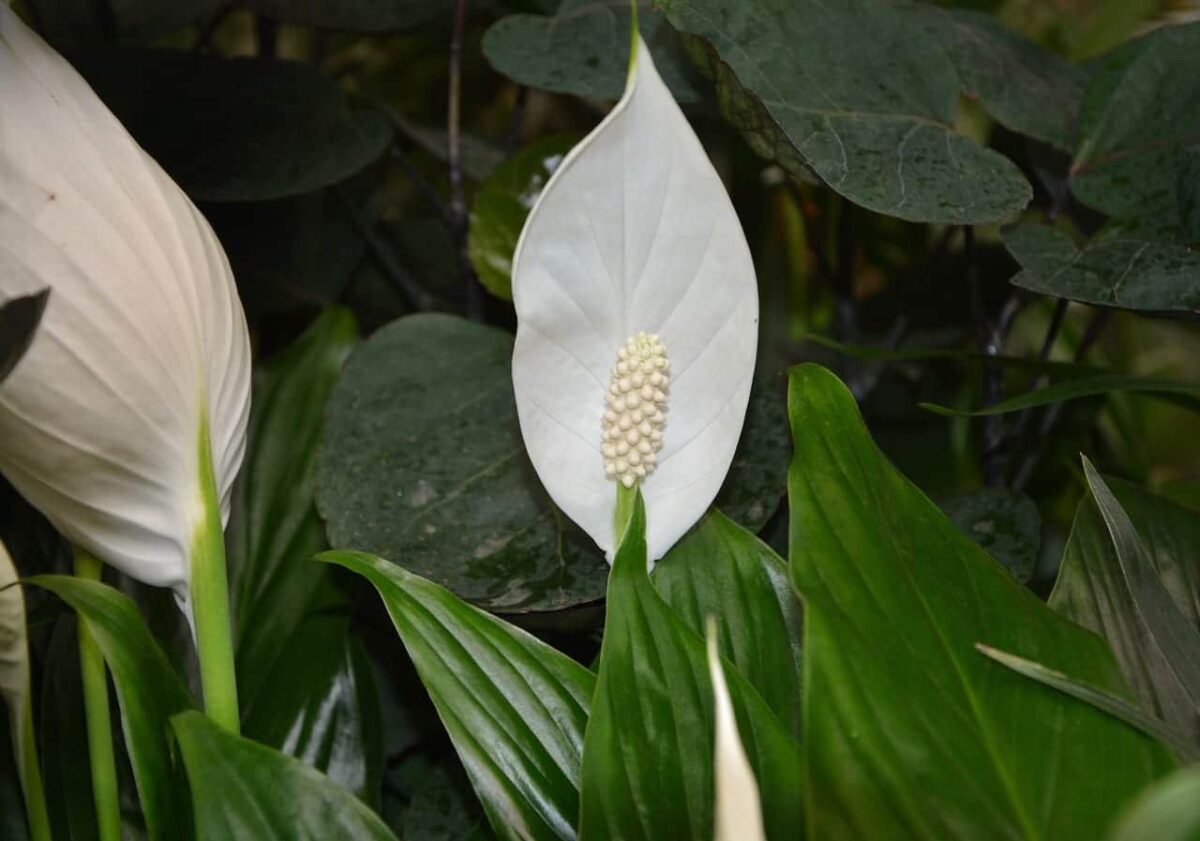 To finish, we are going to say the most common symptoms that plants have when we are not watering them well. And we'll start with the lack of irrigation. These are: the plant looks sad, the new leaves turn yellow, and the soil looks very dry. Instead, if you are getting too much water, the oldest leaves will turn yellow, and the soil, being so moist, will weigh quite a bit; in addition, fungi could appear.

Related article:
What are the symptoms of lack or excess irrigation?

To do? Well, if he's thirsty, what we'll do is water, but if it is drowning, we will proceed to remove it from the pot and wrap its roots with absorbent paper. We will leave it in a dry place that night, and the next morning we will plant it in a pot with new soil. Likewise, we must treat it with a fungicide to combat fungi, and from here on, water it less.

Hope it has fit.

Full path to article: Gardening On » Plants » Inside plants » When to water indoor plants?