Birch is the quintessential tree known as a deciduous tree. It belongs to the Betulaceae family and loses most of its foliage. Today we come to talk about a variety of this tree. Its about white birch. His scientific name is alba betula and it also loses its flowers in the cold autumn and winter seasons.

In this article we will talk about the characteristics, cultivation and care of white birch as well as some curiosities of this beautiful tree. Do you want to know everything about him? Read on to find out 🙂

It is a genus of deciduous trees present in humid areas of Europe and North America. They are endowed with a natural character that makes them unique with their almost hanging branches and the very different design of their bark. More than sixty species of birch are known throughout the northern hemisphere of the planet. Each one has special characteristics, although they have characteristics in common.

El alba betula it is a slender tree, with a thin trunk that tends to tend to the vertical. They form light cups and can be seen in a fairly open look. This is due to the fact that it has numerous and thin branches that are spreading throughout the tree. The leaves are also small in size, so it seems that the tree is spreading more and more.

The bark of the trunk and adult branches it is one of the main attractions for which these trees are so well known. They can present various colorations depending on the species. In this case, white birch, as its name suggests, has a white color. The bark peels off in strips as it renews itself throughout life.

It is not, in general, a very tall tree, but the most advanced specimens reach 20 meters in height. Despite this, they have a slender and elegant appearance, since their thin and straight trunks are capable of supporting fine branches that are divided, in turn, into other finer branches and small leaves.

The leaves are concentrated in the lower part of the hanging branches. They have a rather peculiar appearance due to their whitish bark with horizontal stripes and the multitude of fine hanging branches. The small leaves are triangular or rhomboid in shape. The edges are serrated and the green color acquires some yellow-golden tones in the autumn season.

As for the flowers, it should be mentioned that they are not showy. This is because they are grouped in cylinders without petals and hanging. It is not precious at all. 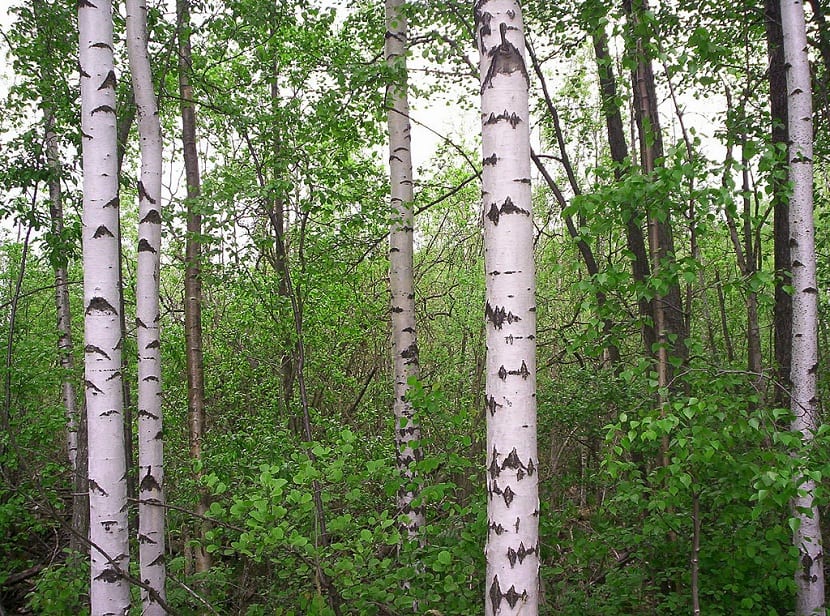 To grow white birch it is necessary to have a moist but well-drained soil. Being species with a great natural mood, it is important to place them in gardens with a similar environment. It is not usual to sow them in areas whose characteristics and climate are not on par with the natural environment.

The natural characteristics of this tree can be used to recreate mountainous and feral environments by combining birch trees with other trees, shrubs and plants that have some similar and, above all, natural nuances. To better enjoy the attractiveness of their bark, it is preferable to plant them in a group. It is best to plant them in front of a dark background or in a field that has some slope. Despite this, they serve perfectly if we grow them in isolation since, with their great beauty, they can fend for themselves.

Birch roots tend to grow extensively. It is preferable to refrain from planting them near pavements or buildings to avoid any damage. For the same reason they are not comfortable if we place them near cork oaks. 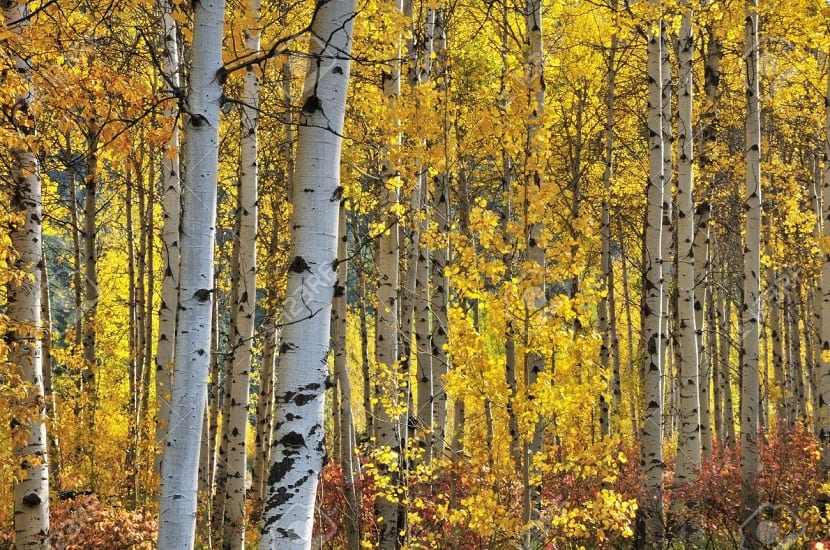 Once we have cultivated our alba betula, we will need to fulfill some cares to keep them healthy. These trees are capable of withstanding the effects of urban pollution quite well. However, the constitution of the branches is a more serious impediment to the passage, so it is not appropriate to place them in narrow spaces.

Said branch structure must be, in this or other situations, fully respected, since its pruning or elimination would constitute an attack on the integrity of its silhouette and characteristic bearing. European species they tolerate being planted in acid soils as well as in those of a clay nature. These trees can live comfortably in a northern situation, as long as it is not too shady.

Irrigation must be abundant enough to be able to keep the soil as humid as possible, but without waterlogging. For it it is advisable that the soil has good drainage. Exposure is best in full sun.

As for maintenance tasks, they need pruning that consists of removing damaged or dead branches from the youngest specimens. They take place in late autumn. Once grown to adulthood, pruning should be kept to a minimum to maintain the structure of the white birch well.

Curiosities of the white birch

This tree is quite curious and here we are going to collect the main reasons why it is.

I hope that with this information you can get to know the alba betula and enjoy its size and elegant appearance.