The white sapote it is a tropical fruit own from Central America, Mexico and northern South America, which can be found in various markets globally.

This fruit has different varieties, which despite having the same name, are not only of different colors, but also have different flavors, being a little-known fruit outside of the mentioned places.

It is also worth mentioning that the sapote has a spherical shape and flattened on its edges and when it reaches maturity has a smooth, fibrous and soft skin.

Its different varieties have a pulp that can be black and / or orange, although in this case we are talking about the white Sapote, it has a pulp of the same color as its name. This fruit has a taste quite similar to papaya.

It is an evergreen tree that belongs to the Rutaceae family, which comes from Mexico; It grows about 6-10 meters tall and has a thick trunk whose bark is gray, like a wide glass.

Their leaves are usually practically opposite, digitate, compound and petiolate, in addition to having approximately five leaflets (although in certain cases they can be found with 3-4 of them), which are bright green and have an elliptical-ovate shape.

Its flowers are grouped in panicles and are characterized by having a yellowish-green color, in addition to being pentameric and very aromatic. And although its reproduction takes place through seeds, it is possible to find some varieties that can reproduce by grafting. Its fruit is a rounded drupe of a green-yellowish tone, which has a smooth and slightly pruinous skin.

Its pulp, in addition to being juicy, bright and sweet, usually has a white to yellowish tone. This fruit tends to crack when mature, so it is necessary to squeeze it slightly in order to know if it is ready to be consumed.

This fruit takes its name from the white color that characterizes its pulp, and has about 2-5 seeds inside that are medium-large in size and they are free of germ.

The white sapote stands out for being a great source of nutrients, whose consumption allows to obtain iron, niacin, folate, copper, pantothenic acid and potassium, which turn out to be of great importance for the body, because they help maintain good health, which is due to the fact that they form part of various metabolic processes by acting as cofactors of enzymes.

In addition, its fruits have a high content of both vitamin A and Vitamin C, so its intake is really advisable to prevent the appearance of colds and flu, since it helps to increase the defenses, while optimizing the state of the mucous membranes, which are natural barriers that are responsible for fighting infections such as respiratory, among others.

However, the medicinal properties that stand out the most of this fruit are the result of essential oil content that is present in the seeds of its fruit, and especially in the bark of the tree.

The white sapote is characterized by being a highly valued variety due to the medicinal benefits that contribute.

The entire plant from which this variety is produced is usually used for different treatments, an example of this is that its fruit is used in order to prevent the development of flu, while its leaves are used to prepare infusions Through which it is possible to lower blood pressure, and its cortex has astringent substances. 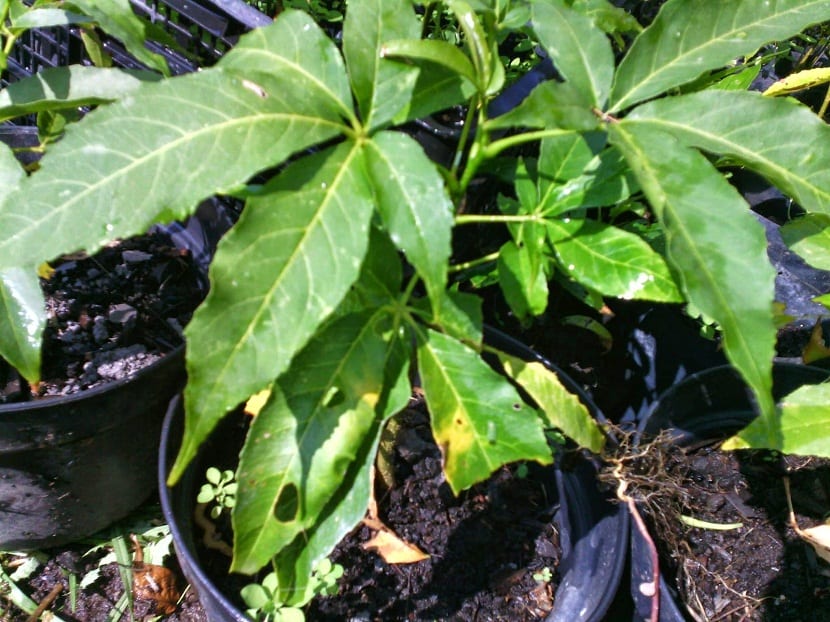 Similarly, other benefits of the white sapote that can be mentioned are the following: