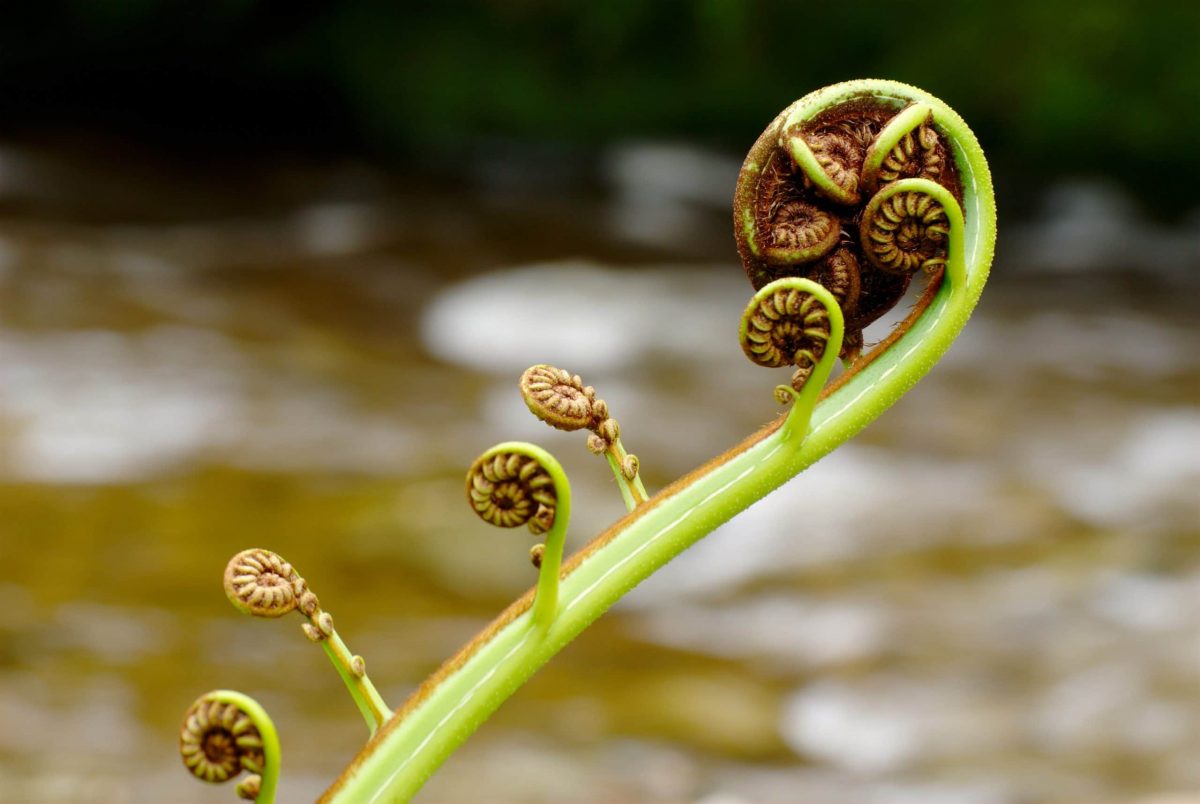 What do ferns have that we like so much? It is difficult to pin down. It is known that they are very ancient plants, so much so that they are considered living fossils since they appeared long before the dinosaurs, some time ago. 420 million years. In addition, the fronds -leaves- sprout in a very curious way: unrolling. There is no other type of vegetable that has developed like them.

And as if that were not enough, despite having a slow growth, there are many species that we can grow both in pots and in the garden. In this article we are going to recommend you 10 that are easy to get in the nurseries and that, sure, will give you great satisfaction.

The Japanese fern is a deciduous plant, which runs out of fronds during winter. These fronds are green with red veins, and are approximately 60 centimeters long, although they can reach 75 centimeters. It is native to Asia, and reaches a height of 20-30 centimeters. It has a very high ornamental value, since it not only serves to beautify any place but also we speak of a species resistant to cold and frost. In fact, it holds up to -12ºC.

El Asplenium nidus, known as the Bird's Nest Fern, or Asplenium, is native to the rainforests of New South Wales and Queensland in Australia. Its fronds are entire, lanceolate, shiny, with the central nerve very visible both on the upper side and on the underside, which acquires a dark brown color. The adult plant can reach 1 meter in height, and supports occasional frosts of up to -2ºC.

El Asplenium scolopendrium it is a plant that can be easily confused with the variety we have just seen. But unlike this one, has the narrowest fronds, and they are about 60 centimeters long. It is, therefore, somewhat smaller, a characteristic that is surely due to the fact that it lives in slightly cooler climates, in the Northern Hemisphere. Due to this, it resists cold and frost down to -15ºC. 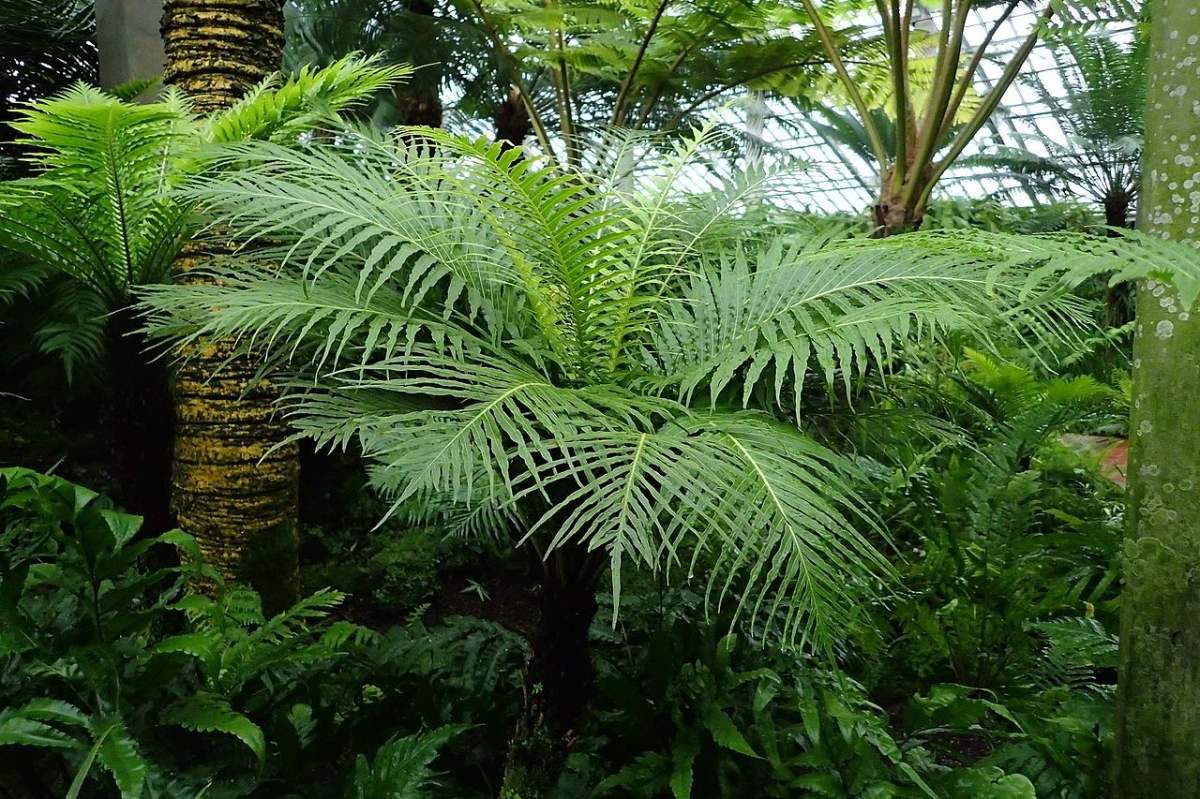 El Blechnum humps, or the Yerba de papagayo that as it is sometimes called is a tree fern native to New Caledonia that reaches 2 meters in height. The fronds are long, 50 centimeters, very divided. Although it is very sensitive to cold, if it is sheltered it can withstand very mild frosts down to -1ºC. 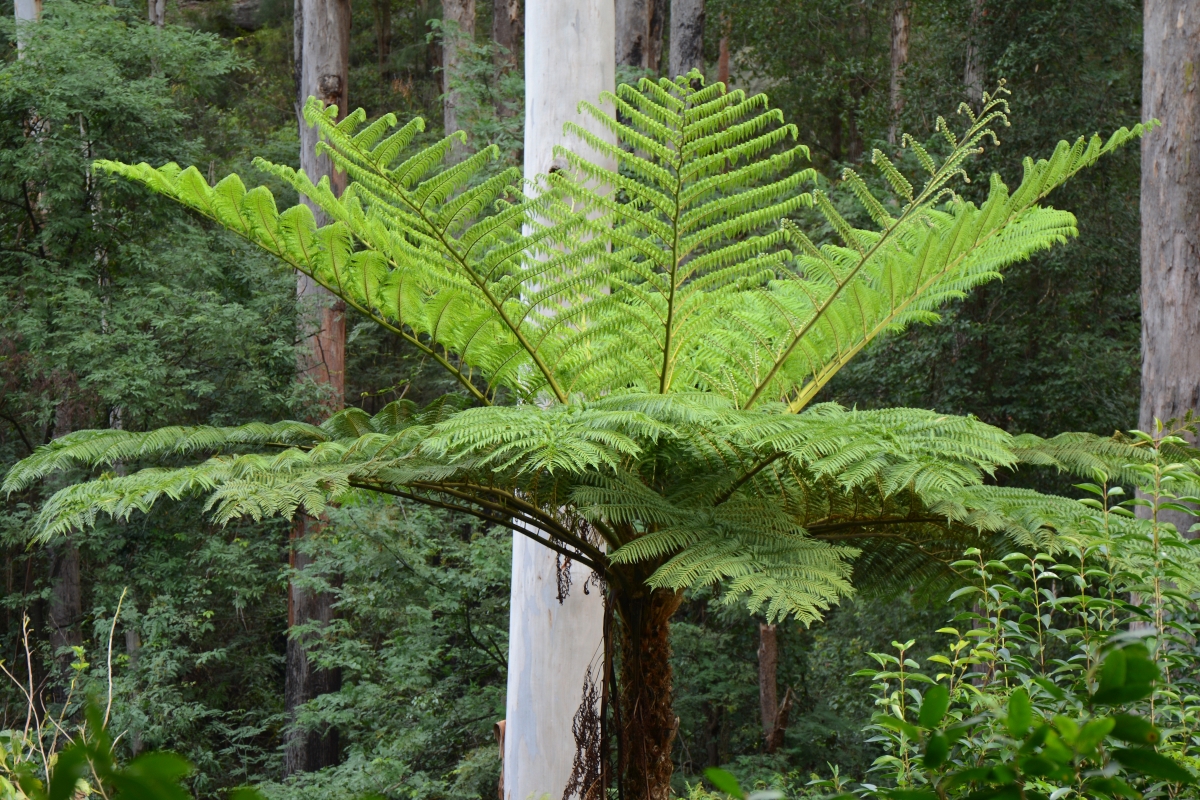 La Cyathea cooperi is a tree fern that grows in humid tropical rainforests and temperate forests of Australia. It can measure up to 15 meters in height, and fronds are long, up to 3 meters in length.. The trunk is very thin, with a maximum diameter of 40 centimeters, and it resists light frosts down to -2ºC. It also grows without problems in very hot environments (up to 38ºC). 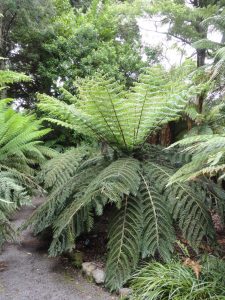 The silver fern is a plant that grows wild in New Zealand. It reaches an approximate height of 10 meters, and develops a thin trunk about 40 centimeters thick. Its fronds are green on the top and silver on the underside, a characteristic that undoubtedly attracts a lot of attention, and they are 2 meters long. Although it supports frosts down to -5ºC, it is advisable to grow it in a sheltered place.

La Dicksonia antarctica, now call Balantium antarcticum, is a tree fern native to Australia. It can grow up to 15 meters in height, although it does not usually exceed 5 meters. Its fronds are long, up to 2 meters in length, light green in color. The trunk is thin, 40-50 centimeters in diameter. Supports up to -5ºC.

El Dryopteris erythrosora It is a semi-deciduous fern (that is, it does not lose all the fronds) native to China and Japan. It grows up to 35 centimeters in height, with fronds between 30 and 75 centimeters in length. These are a true wonder, because they stay green in spring and summer, but when the cold comes they turn reddish. It resists very well frosts down to -12ºC.

This fern is so common that it has become known by the name of, precisely, common or domestic fern. It is native to tropical regions around the world, especially in humid forests. It grows bush type, with long, curly fronds, and is 2 meters high. It supports very mild frosts of very short duration of up to -1ºC.

The button fern is native to New Zealand. Grows up to 30 centimeters in height, with fronds up to 25 centimeters in length. Its name comes from the small leaflets that form the frond: these are rounded so they resemble a button. Also, they are dark green in color. The most interesting of all is that it resists frosts down to -4ºC, which is why it is ideal for balconies and patios when the climate is mild-temperate.

Which one did you like the most? Do you have any ferns at home? If you want to know how to take care of them, take a look at the video:

Full path to article: Gardening On » Plants » 10 types of ferns for terrace or garden