It is possible that your passion for bonsai began when one day you started looking at images of these little trees. It happened to me when I saw a few Japanese maples, since they have leaves and a bearing that I simply love. In addition, they tolerate pruning very well and, with minimal care, it becomes very beautiful.

However it is important that you know how to prune a bonsai Acer palmatum, since even if he recovers well from this, we must not forget that a job poorly done can complicate his recovery.

When do you prune Japanese maple bonsai?

La japanese maple pruning, whose scientific name is Acer palmatum, should be done at the end of winter at a time when the buds have not yet sprouted but are about to do so; that is, it will be pruned when the buds begin to "swell." But be careful, because if there are usually late frosts in your area, you will have to wait for them to pass since otherwise it would suffer damage.

What's more, if the temperatures drop below 0 degrees and your plant has already begun to sprout, you have to protect it with an anti-frost cloth, otherwise it could lose its leaves. Pruning, in these conditions, will have to be delayed until temperatures improve.

What type of pruning should be done?

There are three types of pruning: 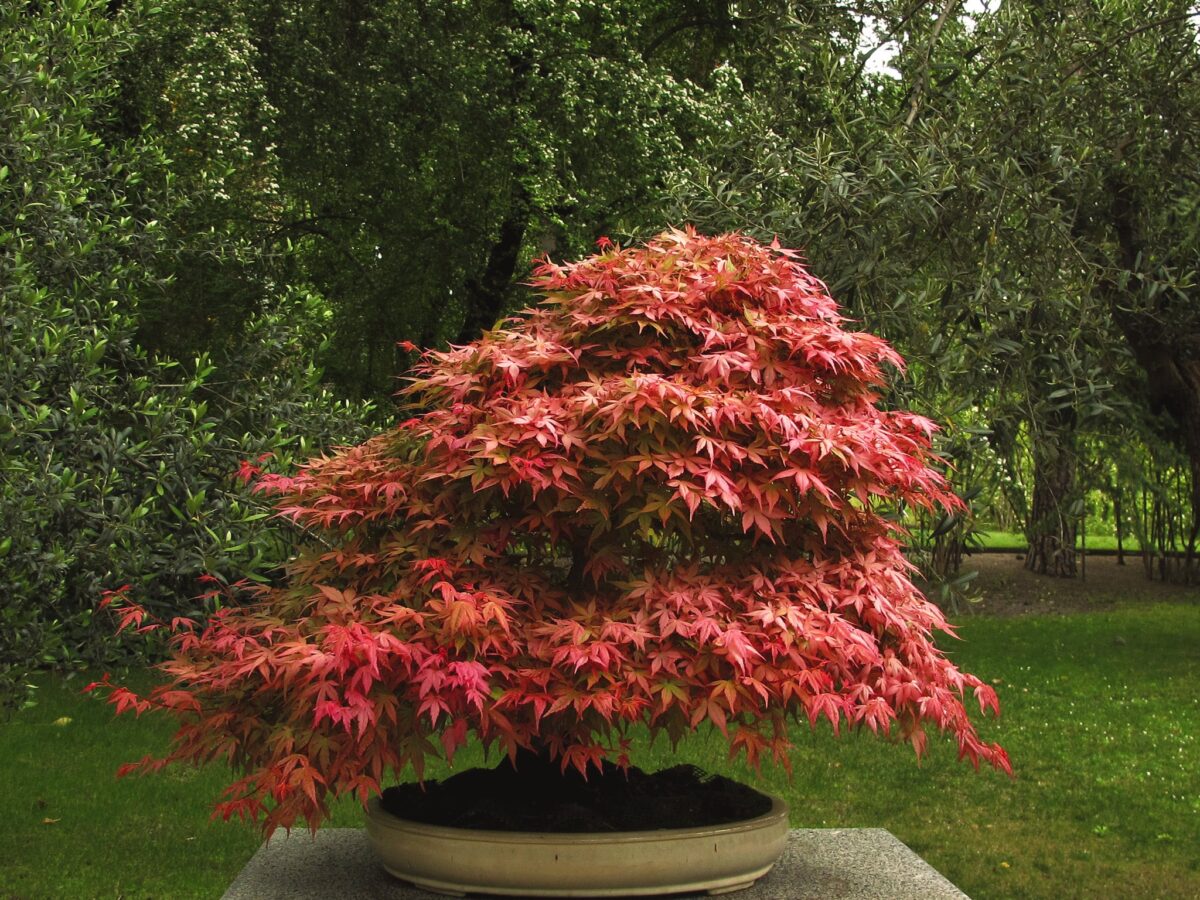 What materials do I need to prune my bonsai? Acer palmatum?

You really don't need much. Although it can be a fantastic idea to buy a bonsai tool kit if you plan to collect this type of plant, if on the contrary you are only going to have one you can use things that you probably already have at home.

For example: normal household scissors will do for pinching, or even those used in the kitchen; for training and maintenance pruning, the anvil shears you use to prune your rose bushes They will also be useful as long as the branches are 1 centimeter thick or less, if they are thicker, you will have to buy a handsaw or handsaw.

Of course, it is important that the tools are cleaned before and after use. Fungal spores cannot be seen, but precisely for this reason they are so dangerous: they take advantage of their "invisibility" (actually with a powerful microscope we can see them) to expand, and the worst thing is that pruning can be a unique opportunity to infect the bonsai. But to avoid it, I insist, Tools should be thoroughly cleaned with soap and water, or with a damp cloth.

how to prune bonsai Acer palmatum Step by Step?

Normally, you have bought a bonsai with a predefined style, but even then your plant has to be pruned to maintain it. In any case, if this is not the case, you should know that japanese maple suits virtually any style, although the easiest is the one that respects the natural development of the plant.

In other words, if your maple has a straight trunk and a more or less triangular crown, its style will be chokkan; if instead it has more branches on one side than the other, you can give it a windswept or fukinagashi style; If several specimens are growing in the same pot, try making a forest bonsai.

And is that the most beautiful bonsai are those that have been pruned without trying to modify them excessively (Apart, of course, from the size). So, once you are clear about the style of your Japanese maple, and as long as it is the right time, you can prune it in the following way:

As for pinching, it is done to get a branch to branch more. So you have to do it during spring and summer, removing the newest leaves with your fingers (grasp them as if your hand were a tweezer) or with scissors.

We hope that this will make it easier for you to have a bonsai of Acer palmatum beautiful.

Full path to article: Gardening On » Gardening » Bonsai » How to prune an Acer palmatum bonsai?