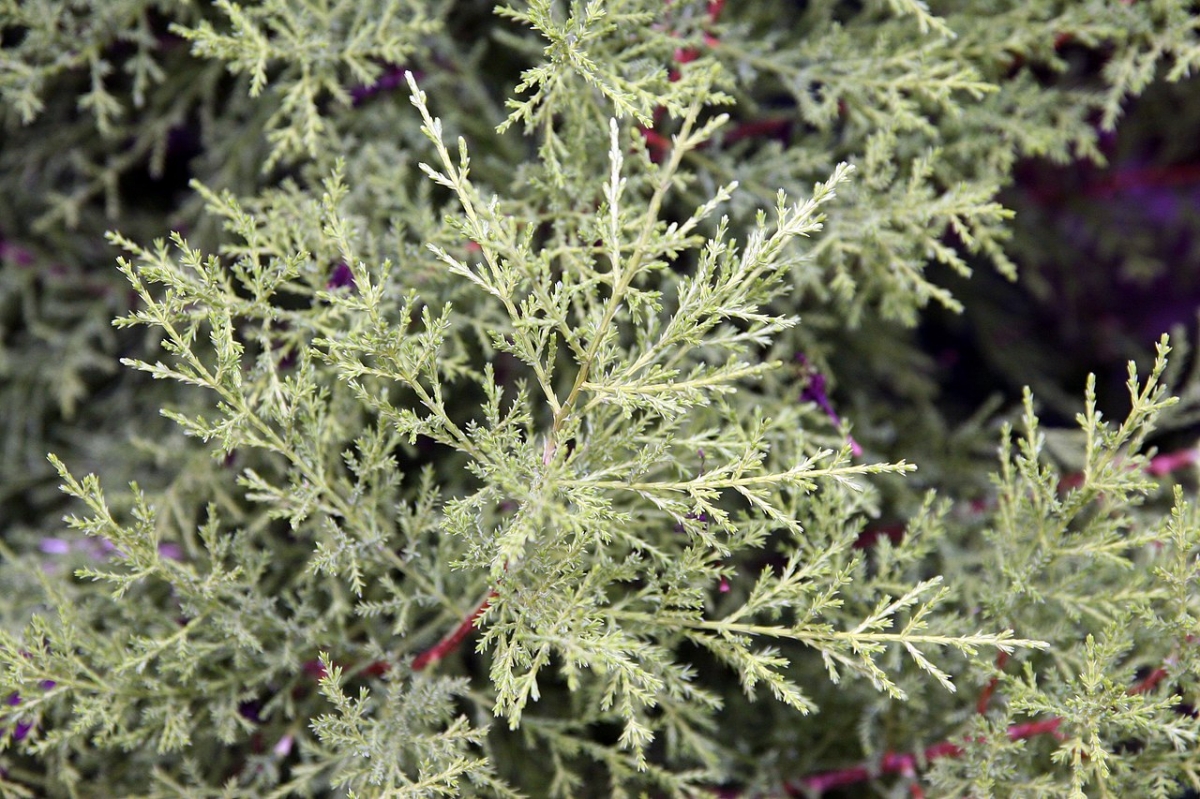 El lemon pine It is one of those conifers that look so good in any garden and is so easy to care for that many of us dare to buy one. However, problems can appear quickly when our beloved specimen receives more water than it needs, or is placed in a place that is not the most suitable.

Leaves turning brown, stunting… and after a while the plant ends up in the compost heap. What to do to avoid it? The answer is as simple as it is complicated: discover your needs. So let's go. 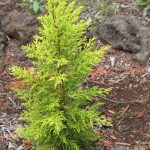 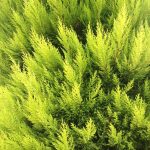 Our protagonist is a variety of Cupressus macrocarpa, which is originally from the southwestern United States and can reach a height of 30 meters. It is popularly called as Monterey Cypress, Goldcrest, Lemon Pine, Lemon Cypress, Lemon Pine, or California Cypress. Its bearing is more or less columnar, and its leaves are perennial, yellowish-green in color. The fruit is rounded, about 2-3cm in diameter, greyish when ripe.

Its growth rate is medium-fast, which means that it can grow about 30cm / year on average, something that is not bad at all. In fact, that is one of the reasons why it is highly recommended to grow in gardens; that, and its color, its bearing and, ultimately, its natural beauty.

What are the care of lemon pine?

It is a conifer type tree that looks great in gardens. For some years it will also look very beautiful in a pot, although it must be borne in mind that due to the size it reaches sooner or later it will need to be planted in the ground. So let's see how it is cared for:

Lemon pine it is a plant that must be outside. It is one of those that must be exposed to the wind, rain, changes in temperature, and also direct sun. Therefore, unfortunately it cannot be kept indoors.

It is sometimes used as a Christmas tree, but trust me, it better not be. The heating, as well as the lack of wind and rain, hurts him a lot. 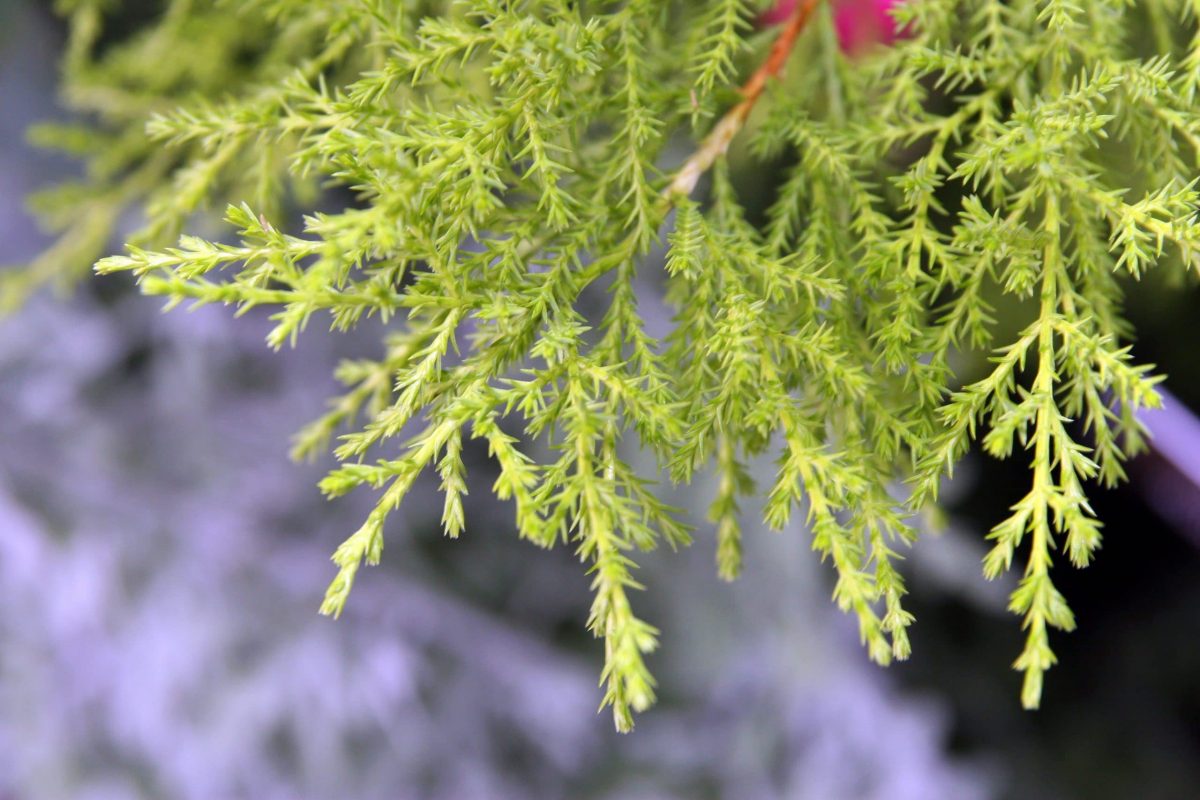 It has to be watered 2 or 3 times a week in summer. It is not good to leave it without water for many days in a row, and less in a heat wave and / or if it is in a pot. And it is that when the degree of insolation is very high, the earth not only dries quickly but it also gets very hot. If we add a plastic pot to this, what will happen is that the temperature of the soil will be high, as will the need for the plant to hydrate itself.

Therefore, especially during episodes of extreme heat, you have to be very aware of watering, and check the humidity in case there are doubts about whether or not to water.

The rest of the year, since the temperatures are milder and the sun is weaker, it will be watered less frequently since the soil takes longer to dry out.

It is highly advisable to fertilize lemon pine throughout the growing season (from spring to summer) with homemade fertilizers. You can also use purchased fertilizers, such as guano (for sale here!), The earthworm humus or seaweed compost (for sale here!).

The only thing is that the latter have to be used as indicated on the packaging, since if we add a higher dose than indicated, our plant will have a bad time: its roots would suffer damage due to excess fertilizer, and the growth would stop.

Lemon pine multiplies by seeds in autumn-winter. For this, you need a seedbed, which can be a pot, a tray with holes, or tablets of pressed peat; specific substrate for seedbeds (such as this), and water. Once you have everything, you simply have to fill the seedbed with the earth, and place the seeds on its surface, burying them just a little.

To finish, you have to leave them outside, either in a sunny place or in semi-shade, and water. If all goes well, they will germinate in spring.

You don't really need it, but if you want to prune it has to be done in late winter. In addition, they must always be gentle pruning, since drastic pruning weakens it. That is, it is always going to be better to reduce the length of some branches that are still green, than to cut those whose wood is already hard. 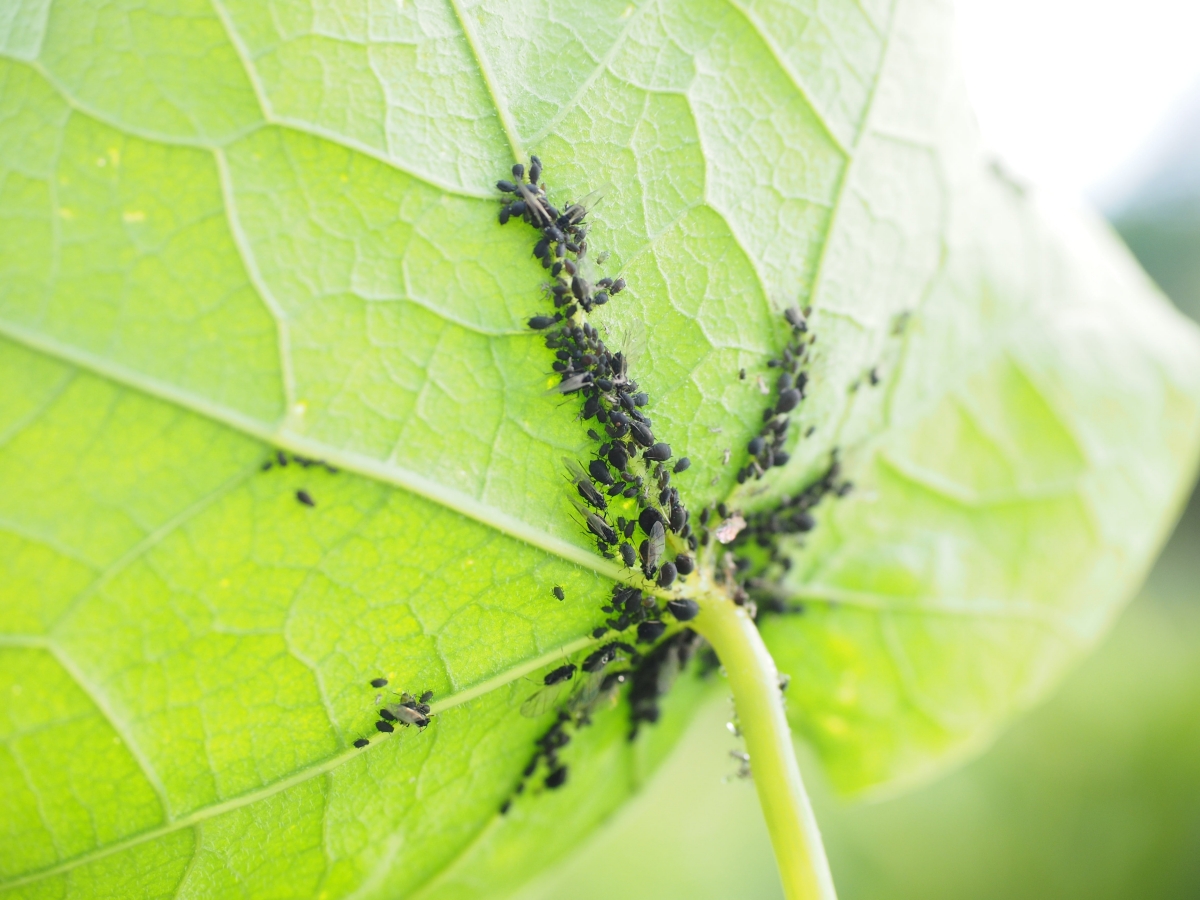 Lemon pine is very hardy, but it can have some problems throughout its life, such as aphids and certain fungi. We will start with the first.

The aphids They are tiny insects, less than half a centimeter long, that can be green, yellow, or even black. They have two tiny antennae on the top of the head, and They feed on the sap they absorb from the leaves, specifically from the underside, and from the tender parts of the plants.

When the plague is very large, ants appear, since aphids excrete a honeydew that attracts them. Because, action should be taken as soon as the first individuals are seen on the plant. For example, with yellow sticky traps (like these), or with diatomaceous earth (for sale here!) of which we leave you a video:

The fungi that most harm our protagonist are the Seiridium, and Phytopthora which is actually a oomycete and not a mushroom as such. The first attacks the roots when the plant receives more water than it needs; and the second usually infects you after pruning, either because the wound has not been covered with healing paste and / or because of having used contaminated tools (without disinfecting).

In any case, we will see that the bark of the trunk becomes brittle, and can even release resin. Also, the leaves will dry out, and the plant may die. To try to avoid it, the affected parts should be eliminated as much as possible, and treated with a fungicide such as Aliette (on sale here!).

However, you must be aware that it is often very difficult to recover a dry lemon pine, especially if the roots have been damaged. Because, the best we can do is prevent:

What did you think of the lemon pine? Like?