Angiosperm plants are the largest group in the Plant Kingdom. They have managed to colonize practically the entire globe, and all thanks to their adaptability. They are the most cultivated in gardens, and it is that ... who does not like flowers?

Let's learn more about these fantastic plants: their origin, what makes them so special, and more.

Angiosperms are plants that have flowers and fruits with seeds, which is what differentiates them from gymnosperms. They are found in the vast majority of plant communities: trees, cacti, succulents, herbaceous plants, shrubs, ... In all but the ferns, conifers, cycads and mosses. They have managed to adapt to living both in the warmest deserts and in the high peaks; on sandy soils and limestone.

The origin of these curious plants is found in the tropics, during the Lower Cretaceous about 145 million years ago. Little by little they were spreading towards the more temperate regions, to the point that it is known that they were replacing the gymnosperms.

Although it is not known which plants they come from or how they evolved, thanks to the remains that have been found, we can get an idea of ​​how they began:

By having smaller flowers, with more vivid colors, and by protecting the seed until it finishes maturing, it makes it easier for the next generations to germinate and get ahead.

If we take into account that angiosperms can be trees, shrubbery, palms, herbs, bulbs y creepers, we can get an idea of ​​how numerous this type of plants is. Therefore, making this selection of angiosperm plant names has not been easy, since we all have our own tastes and preferences.

Even so, you should know that those species have been chosen that, in addition to having great ornamental value, are relatively easy to care for and maintain: 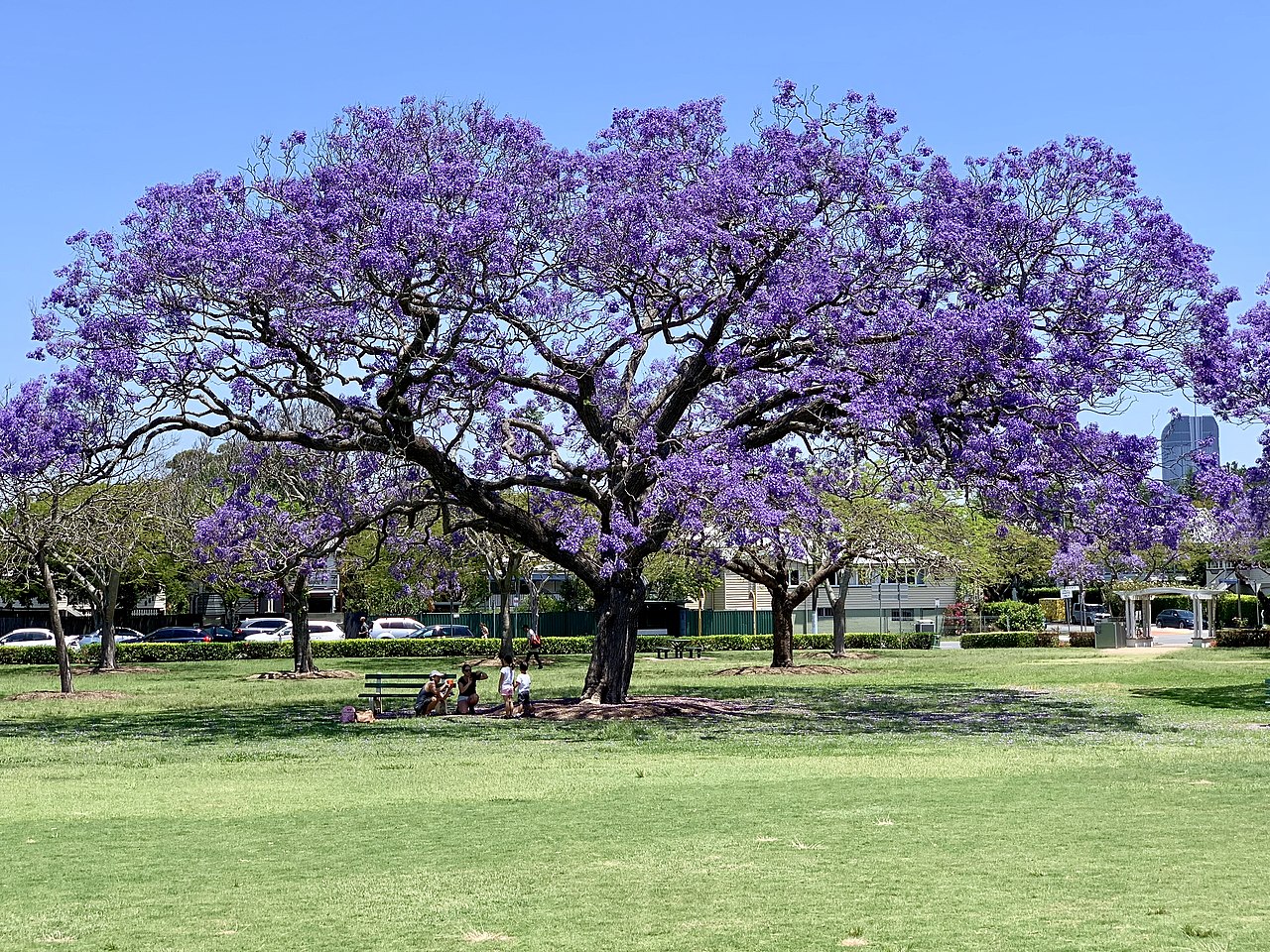 It is known as jacaranda, jacaranda or tarco, and it is a deciduous tree native to South America. It can reach a height of 12 to 15 meters, and its crown is usually shaped like an umbrella and measures 10-12 meters in diameter under favorable conditions. The leaves are bipinnate, green in color, and 30 to 50 cm long.

Blooms in spring, producing a large quantity of purple flowers grouped in panicles. Sometimes it also blooms in summer, but more sparsely. The fruit takes the shape of a castanet and contains winged seeds.

Known as Japanese rose or Ramanas rose, is a species of thorny shrub native to eastern Asia. Forms dense clumps between 1 to 1,5 meters high, and develops pinnate leaves 8 to 15cm long, green.

It is well resistant to cold and frost down to -15ºC.

Blooms in spring, producing flowers grouped in axillary yellowish inflorescences. The fruits are ovoid, about 2-3cm long, of an orange-yellowish color, and inside which we find a seed.

Known as corn or the corn plant, it is a grass native to Mexico. Its life cycle is annual, that is, it germinates, grows, blooms and bears fruit and then dries up in just one year. It can reach and exceed one meter in height, and develops stems with few lanceolate, green leaves.

Blooms in spring-summer, producing inflorescences in yellowish-pink panicles. The fruit is what we know as a cob, made up of numerous yellowish seeds or grains.

It does not resist the cold.

Known as wild tulip, it is a kind of tulip Originally from Europe that has managed to naturalize in Asia, North America and Africa. Reaches a height of up to 50 centimeters, and develops arched, basal or caulinar leaves of greenish color.

Blooms in spring, producing yellow or orange flowers. The fruit is a capsule that contains seeds of about 4mm.

It resists frosts down to -10ºC; However, you must bear in mind that after flowering the aerial part (leaves) dry up, leaving only the bulb.

Known as wisteria or chinese wisteria, is a climbing and deciduous plant endemic to China. It can reach a height of 20 to 30 meters, developing woody and vigorous branches, from which pinnate leaves grow up to 25cm long, and green in color.

Blooms in mid spring, producing white, or mostly violet or bluish flowers grouped in hanging clusters 15 to 20cm long. The fruit is a velvety brown legume 5-10cm long, which contains some seeds.

What did you think of this article? We hope it has been of interest to you.

Full path to article: Gardening On » Gardening » Botany » What are Angiosperm Plants?